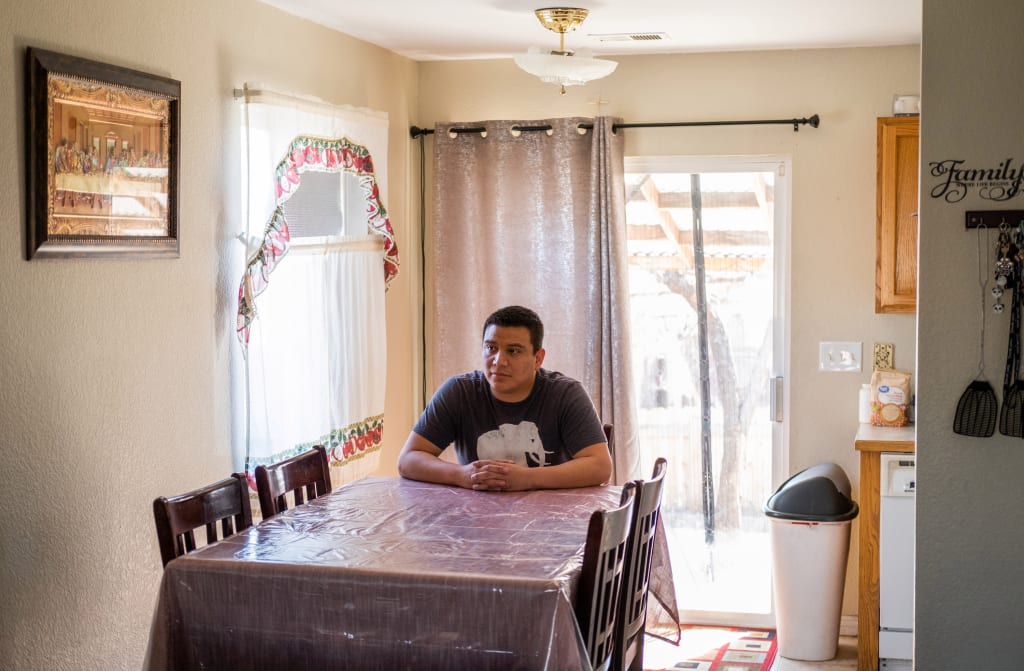 The American Physical Society’s decision to cancel its March meeting in Denver was the first demonstration of how COVID-19 would upend life in the months to follow. It was also a blaring alarm for Colorado’s hotels.

The meeting was expected to bring 11,000 people to the Colorado Convention Center for five days and funnel business to downtown Denver hotels, restaurants and retailers. The cancellation was the first in a wave of conventions, special events, and group meetings that have been postponed, moved to other states with looser rules or shut down entirely by government health orders.

The disappearance of those bookings has combined with other factors — companies scaling back business travel, a struggling economy cutting into household budgets, people following public health officials’ advice to stay home — to have a disastrous impact on Colorado’s previously thriving hotel industry, especially for full-service hotels that cater to convention business.

“We’re not a restaurant. I don’t just open the doors to pent-up demand. These meetings take months and months to organize,” said Tony Dunn, general manager of the freshly renovated Sheraton Denver Downtown, home to 133,000 square feet of meeting space and 1,238 rooms just off the 16th Street Mall. “We’re down 80% in revenue and our owners lost $40 million. That’s just one hotel.”

That hurt is rattling through the industry, hitting thousands of industry workers in Colorado who have been furloughed or laid off this year.

The American Hotel and Lodging Association reported that the industry directly employed 98,347 people in Colorado in 2019, supporting another 78,000 jobs in related industries, including restaurants and ride-share.

Current staffing levels at Colorado’s hotels are hard to pin down. A survey of 53 properties performed by the Colorado Hotel & Lodging Association in September found that those hotels had an average of 111 employees on furlough and had laid off 50 workers on average with more permanent job cuts expected. CHLA executive director Amie Mayhew viewed the survey as a representative sample of the state’s more than 1,200 hotels.

Layoffs and furloughs, already running high in the industry after Paycheck Protection Program money ran out earlier this year, have only increased in recent weeks after the state’s most populous areas were placed on Level Red coronavirus restrictions, shutting down indoor dining and putting other limits on businesses.

Randy Luna could see where things were headed in March.

A convention services and event set-up staffer at the Hyatt Regency Denver at Colorado Convention Center hotel downtown for the last 10 years, Luna opened up an unemployment claim that month when a lack of event bookings left him on the payroll but without any hours. That became a critical crutch in June when he was informed he was being furloughed until further notice.

“I didn’t really think it would be something serious, but just something to fall back on,” said Luna, 30. “Then they never called me back.”

Now, Luna has used all 26 weeks of his state unemployment benefits and been transferred to a federally funded extended benefits program that will stop paying workers in Colorado on Dec. 26.

His wife’s income along with his unemployment benefits are keeping the family afloat, but the family’s food and energy bills have gone up with Luna and his 12-year-old son home every day. Luna is considering some gig work jobs, delivering food through Uber Eats or Instacart, but he’s holding out hope he’ll get to return to the Hyatt where he has worked most of his adult life and had hoped to continue moving up.

Randy Luna’s awards from his job setting up events at the Hyatt Regency Hotel sit on a table in his Denver, Colorado home on Wednesday, Dec. 9, 2020.

Randy Luna, left, and his son, Manuel, cook lunch together in their Denver, Colorado home on Wednesday, Dec. 9, 2020. Luna has sharpened his cooking skills while he’s been out of work from his job setting up events at the Hyatt Regency Hotel since the start of the coronavirus pandemic in March.

“When they called me to say you’re furloughed and said you can look somewhere else (for work), I was like what happened to all these years I was there trying to work my way up and make hospitality my career?” he said. “What do I do with that?”

A bartender at the downtown Hyatt for more than a dozen years, 56-year-old Virgil Martinez was furloughed last month for the second time in 2020.

Even during the three months he was working amid pandemic, a lack of activity at the Colorado Convention Center and a steep drop off in the number of guests at the hotel was costing him. The tips just weren’t there. Neither was the late-night business, the Army Reserve veteran said.

Jean Paul Rodriguez, a bartender working at the Westin hotel attached to Denver International Airport, is facing similar struggles despite DIA remaining busier than nearly any other U.S. airport during the pandemic. He and his wife, who is also a bartender at the hotel, were furloughed from March to July and now are bringing in much less in tips. They’re worried about staying current on their mortgage and the mortgage for a rental house they own.

“Compared to the last two years, traffic is down dramatically,” Rodriguez said. “And every day that I come to work I worry that we might get shut down.”

Martinez lives with and cares for his mother so he doesn’t have the housing cost burden of some of his Hyatt colleagues. Still, he’s slowly eating away at his savings to keep up on all his bills and he’s already starting to consider other options, perhaps drawing on his prior career in financial services. In the meantime, he’s pinching pennies.

Virgil Martinez, who was just furloughed for the second time since the pandemic began from his bartending job at the Hyatt Regency, sits for a portrait outside the hotel in Denver, Colorado, on Saturday, Nov. 21, 2020.

Both Luna and Martinez are active with the Unite Here labor union and are pushing Hyatt to extend recall rights — which entitle furloughed workers to return to the job with their pay rates, benefits and seniority intact when the company hires again — amid the pandemic, something Hyatt officials say they are considering.

It’s not just conference center hotels like the Sheraton and the Hyatt Regency hurt by the lack of big events and tight restrictions on indoor gatherings in Colorado.

The Brown Palace Hotel & Spa, a historic property that has hosted presidents and is one of the preeminent destination stays in Colorado, is being squeezed by it too. The hotel had some momentum in the fall, employing around 130 workers to support demand for rooms, strong business at its seven food and beverage outlets and even some small, socially distanced events, general manager Nick Moschetti said. When the city shut down indoor dining again last month, Moschetti said he was forced to furlough dozens of employees to drop back down to around 85 workers. Pre-pandemic, the Brown and its sister hotel across the street combined to employ 340 people.

“The Brown Palace is known for many things, you know; weddings, not just the ceremony but receptions, corporate meetings, galas and events,” Moschetti said. “It’s critical for viability, for our food and beverage staff. Those events bring guest rooms as well.”

The Beaver Run Resort & Conference Center in Breckenridge pivoted to catering to leisure travelers over the summer, a time when it usually counts on conferences to bring people to its 567 rooms, general manager Bob Barto said. As a condo-hotel where private owners lease out space through management, many rooms have full kitchens which made them extra appealing to people from the Front Range and other states amid COVID lockdowns.

Rachel Herz, 19, left, hotel guest, and Devon Quarles, 12, sit in the lobby of The Brown Palace Hotel on Thursday, Dec. 10, 2020 in downtown Denver. The lobby, usually where the hotel hosts its afternoon tea, is closed for sit down service due to COVID.

That demand stayed strong into November. Then Level Red restrictions hit and the resort’s occupancy dropped from 80% to 55%, Barto said.

While he calls Level Red “devastating” for Summit County, Barto said some of the pain for Beaver Run could be alleviated if he could provide a roadmap to conference clients about when they might be able to book large events again.

“Meetings have to have clarity farther out,” he said. “Because the bigger meetings are booking three, four, five years out.”

The Sheraton’s Dunn, the Colorado Hotel and Lodging Association’s board chairman this year, has been pushing Gov. Jared Polis’ administration for that type of thing for months. With even a tentative reopening plan, at least when groups call to cancel events hotels can negotiate.

All of the thresholds are subject to change depending on underlying pandemic trends. Bigger events could return sooner if the virus situation improves more quickly or slower if it worsens.

Dunn welcomes the concrete step to some sort of normalcy, but he does not see the hotel industry bouncing back soon, and that means more dollars lost and fewer jobs in 2021 and perhaps beyond.

“We as an industry feel that we’re probably not going to get back to 2019 numbers until about 2024,” he said. “Next year, we’re looking at maybe 40% occupancy so it’s still going to be a brutal year.”