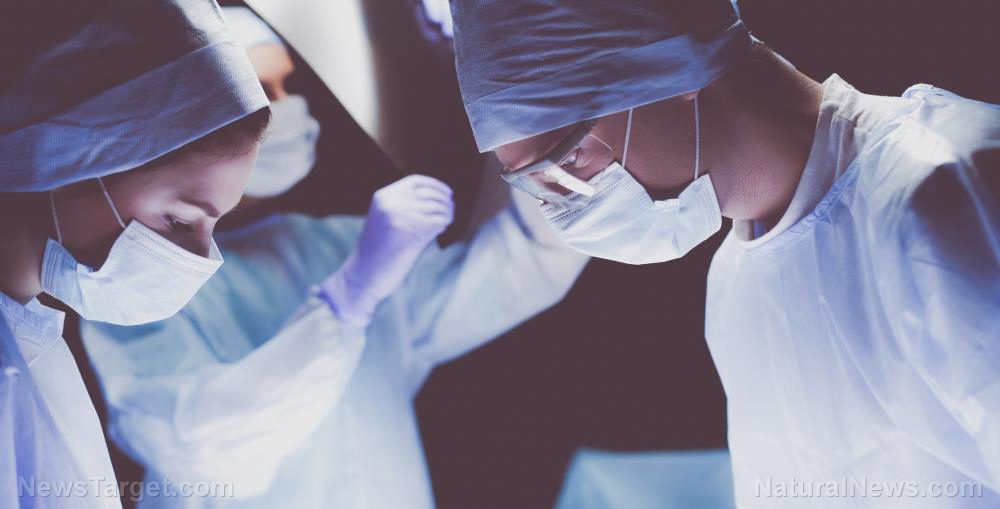 (Natural News)
The UCHealth hospital system in Colorado will no longer provide organ transplants to anyone who refuses to get “vaccinated” for the Wuhan coronavirus (Covid-19).

In an announcement, the Denver-based institution said that it will now systematically deny organ transplants to the “unvaccinated” in “almost all situations” because non-jabbed patients are supposedly much more likely to die if they test “positive” for the Chinese Virus.

To keep everyone “safe,” those who refuse to modify their DNA with mRNA (messenger RNA) poisons will be left to die without the organs they need. This, says UCHealth, will help to “flatten the curve.”

State Rep. Tim Geitner, a Republican, came out publicly against UCHealth for this policy, which he says has already left an unvaccinated Colorado Springs woman without the kidney transplant she needs to survive.

Geitner says the decision by UCHealth is “disgusting” and discriminatory, noting that a letter the woman received from the transplant center at the system’s Anschutz Medical Campus in Aurora explained that she will be “inactivated” on the kidney transplant list unless she gets jabbed.

The woman now has 30 days to decide what she wants to do. If she just says no to the experimental injection drugs from – “Operation Warp Speed” scheme, she will be permanently removed from the transplant list.

U.S. organ transplant network says it does not discriminate against donors, recipients

While UCHealth has declined to speak about this particular case, officials have admitted that nearly all transplant recipients and organ donors must get injected with an Operation Warp Speed poison needle in order to receive any further care there.

According to spokesman Dan Weaver, the same policy applies at many other transplant centers across the United States that have also decided to set up a system of medical apartheid that discriminates against people with compromised immune systems, as well as those with natural immunity.

“An organ transplant is a unique surgery that leads to a lifetime of specialized management to ensure an organ is not rejected, which can lead to serious complications, the need for a subsequent transplant surgery, or even death,” Weaver wrote in an email.

“Physicians must consider the short- and long-term health risks for patients as they consider whether to recommend an organ transplant.”

In the U.S., a non-profit group called the United Network for Organ Sharing (UNOS) coordinates the transplant process. It says that unlike UCHealth, it does not have any policies in place that discriminate against the unvaccinated.

Even though it has an obligation to “do no harm” and provide care to everyone who needs it, regardless of injection status, Geitner admitted during a Facebook Live video presentation that there is “very little” the UCHealth hospital system will do to accommodate patients who refuse Fauci Flu shots.

The really sad thing is that the woman who needs a kidney already found a possible donor and already has antibodies in her body to fight any potential Chinese Virus infection that might come her way.

Meanwhile, people everywhere are dying from Wuhan Flu shots by the tens or even hundreds of thousands, and UCHealth could not care less about any of them.

“While more than a third of Americans have yet to get one dose of a coronavirus vaccine, leaders and companies have increasingly embraced vaccine mandates over intense opposition from Republicans, who champion personal choice,” reported Outline.

“The unvaccinated may face unemployment or more expensive health insurance and in some places are barred from parts of public life, such as indoor dining.”

The latest news about Wuhan coronavirus (Covid-19) fascism can be found at Fascism.news.

Sources for this article include: