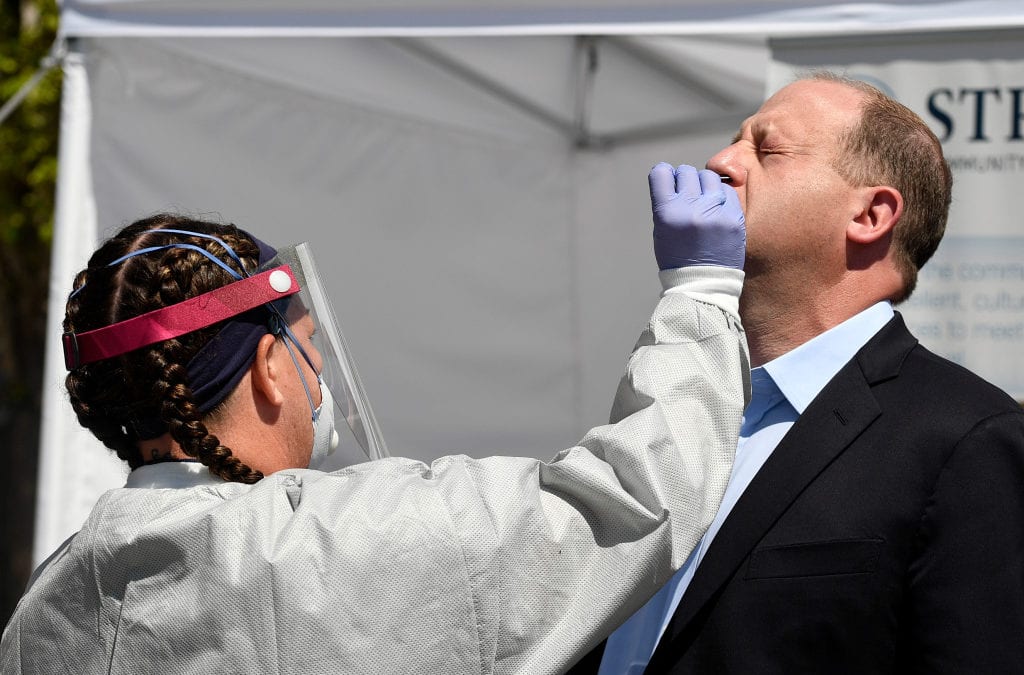 Colorado on Thursday topped its previous high-water mark for COVID-19 testing, as the state gets closer and closer to reaching the mass testing that public health experts say is needed to safely monitor the virus.

A combination of private facilities and the state-run lab tested 7,922 people on Thursday, state data shows. The testing rate — 139.1 tests per 100,000 people per day — is getting close to the 152-tests-per-100,000 people pegged as the golden number for health officials to understand where the virus is spreading.

One day after Colorado hospitals admitted their lowest number of COVID-19 patients since state health officials began tracking new admission, new patients rose back up to 34 on Wednesday, the latest available data. That number is still far lower than mid-April, when some 250 people were being hospitalized with the new coronavirus each day.

More and more people continue to recover. At least 55 individuals since Thursday either went home or were transferred to a lower level of care such as a rehabilitation facility, according to state data.

Still, fatalities from the virus continue to mount.

Colorado health officials on Friday reported 1,436 people who had contracted COVID-19 have died since the new coronavirus was first confirmed in the state, and that death-certificate data shows 1,181 fatalities were directly due to the virus.

That’s an increase of 15 deaths of people who had the virus and 13 additional fatalities tied directly to COVID-19 over Thursday’s tallies, though there’s a lag in reporting deaths to the state health department — particularly death-certificate data.

To date, 25,613 people have tested positive for or are believed to have COVID-19, the highly infectious respiratory illness causes by the virus, though health officials have said they believe the true number is closer to 167,000.

Officials have also confirmed outbreaks at 277 contained facilities across the state, including nursing homes, jails and factories. That’s five more than the previous day.