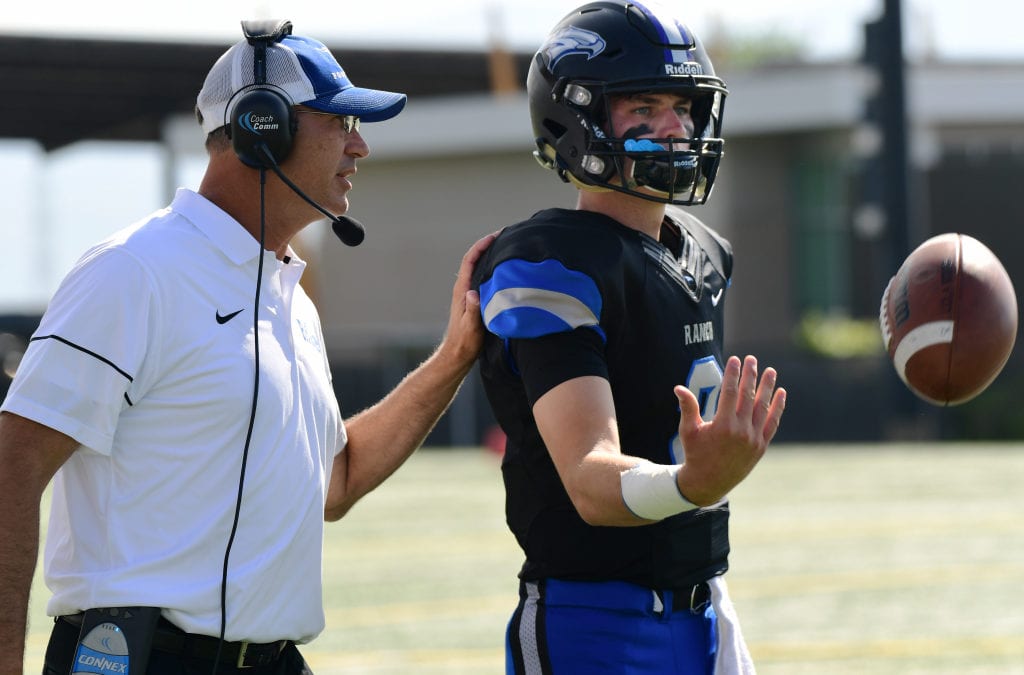 Jake Rubley needed only three words to sum up how he and his teammates felt when they saw high school football might be delayed next fall.

“We were heartbroken,” he said.

On June 3, the Colorado High School Activities Association’s Resocialization Task Force revealed preliminary recommendations for the return of high school athletics this fall. It labeled sports in three categories: lower risk, moderate risk and higher risk. The task force recommended those in the “lower risk” designation could begin on schedule in the fall, but said activities in the other two could not move forward yet. Football was in the higher risk category.

A senior-to-be quarterback at Highlands Ranch High School, Rubley knew there was a chance his final season of prep football might be delayed, due to the coronavirus pandemic. But he was still shocked when he saw the recommendations on social media.

“Senior season is supposed to be the most fun time of your life,” he said. “It just hit different because you work all your life to get to this point, and your other buddies aren’t going to get recruited, and it just kind of — it’s like stealing part of you away from your body.”

CHSAA seemed to reverse course June 6, however, when Commissioner Rhonda Blanford-Green tweeted, “CHSAA staff will begin constructing safety and implementation guidelines to resume ‘ALL’ athletics and activities including football beginning this fall.”

But like everything else these days, nothing is for certain.

Wide receiver Chase Penry, heading into his senior year at Cherry Creek High School, recognizes the difficulties of getting back on the field.

“I definitely understand there’s a lot of uncertainty right now with COVID,” he said. “It’s definitely a hard time, especially for them to try and get us back safely.”

After shutting down athletics and activities entirely in the spring, CHSAA left it up to the school districts to decide when to allow students to return for voluntary in-person workouts after June 1.

At Fairview High School, coach Tom McCartney’s team held its first in-person workouts Monday after months of zoom meetings and virtual workouts. Cherry Creek School District is allowing its athletes to do the same next week, while other districts may start in July.

That sentiment was echoed by Pomona High School head coach Jay Madden, who said his players had to learn how to motivate themselves while in quarantine. The isolation also presented a chance for the team to bond virtually, with Pomona players sending each other videos of themselves working out to inspire teammates to do the same.

Workouts aren’t the only part of high school football that has been impacted, though. For athletes who want to play football at the next level, senior year offers one last chance to put highlights on tape. But so far, COVID-19 has forced the cancellation of camps and recruiting trips, and several players have lost out on valuable face time that may have provided opportunities

“This should be their time to get offered and go on campus,” he said. “They’re going to have to commit to a school without even seeing the campus, not taking their official visits, not being around the players, the program. All they’re doing is looking at pictures on Google.”

Cherry Creek receiver Chase Penry (6) heads to the end zone untouched against Columbine in the second quarter of the Class 5A state championship game at Empower Field at Mile High Dec. 7, 2019.

While CHSAA hasn’t officially stated football will return on its scheduled Aug. 27 kickoff date, players and coaches are focusing on the prospect of playing in the fall. An update provided by CHSAA on Friday stated that recent guidelines from Gov. Jared Polis’ office have aligned with the organization’s goal to resume activities in the fall.

After watching his friends in the class above him miss out on graduation, prom and their final semesters of high school, Penry thought his final season of prep football might not happen at all. Now he’s just happy to be returning to the field.

“I had to mentally prepare myself because we don’t know how long (COVID)’s gonna be around,” he said. “We don’t know if there’s gonna be more spikes or anything like that. I’m definitely prepared, but it seems like we’re getting back to our normal lives which is a great sign, and I’m really looking forward to this fall.”