Colorado high school football coaches disappointed with pushing sport to spring, but glad there will at least be a season 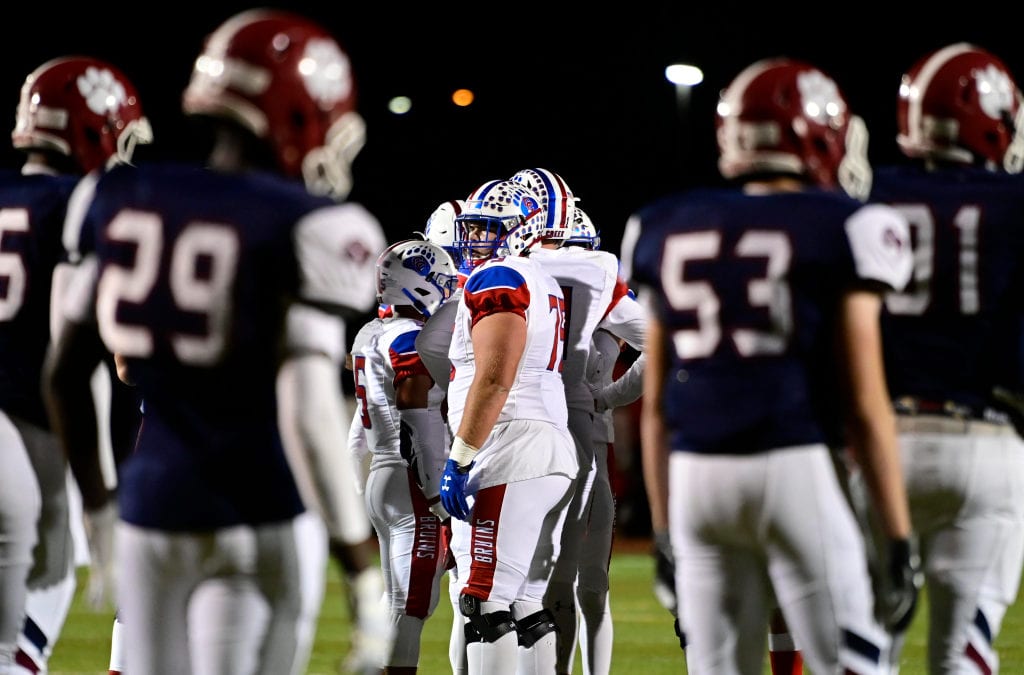 There will be no Friday night lights in Colorado this fall, as the state’s prep football season was officially moved to the spring on Tuesday as part of CHSAA’s approved return-to-play plan.

While each of the six prep football coaches interviewed by The Denver Post expressed disappointment in the postponement of the season amid the coronavirus pandemic, a common theme prevailed as well: At least teams now have clarity heading into the school year.

“The bottom line is, we’re going to have a season and the kids are going to get to play,” Regis Jesuit head coach Danny Filleman said. “Is it ideal? No, but what is ideal in this time right now?”

The 2020 prep football season is slated to kick off March 4, 2021, with state championships tentatively scheduled for May 8. It will be a seven-game schedule instead of 10 games, and playoffs for each classification will be condensed to eight teams.

Coaches were prepared for fewer games, and playoff spots, but held out hope there would be games this fall.

“We have to roll with (the condensed schedule),” Grandview football coach John Schultz said. “I was expecting that we could do that in late September.”

Added Dakota Ridge coach Ron Woitalewicz: “My kids are devastated, and they don’t understand how we were able to work out basically all summer from June 22 on, and now all of a sudden we can’t play football. In their mind, they’re like, ‘What has changed?’”

Clearly, the state-wide flare-ups of coronavirus over the past month — as well as football initially being classified as a higher-risk sport by CHSAA’s Resocialization Task Force — meant the scheduled kickoff of games on Aug. 27 was in trouble. CHSAA Commissioner Rhonda Blanford-Green said the association, in collaboration with Gov. Jared Polis’ office and multiple other agencies and boards, believes it ultimately made the best possible decision.

“At the end of the day, we’re in a pandemic and we’re charged with creating opportunities for our kids within the state guidelines and educational interactions,” Blanford-Green said. “The original plan was sports in their traditional seasons, but we knew we could potentially have disruptions and some cancellations. (This plan) gets us in front of that.”

Still, there are lingering concerns about recruiting ripple effects, especially for those seniors who needed this fall to prove their worth to colleges. Football’s early signing day in December and National Signing Day in the first week of February would both come before Colorado’s season is slated to start.

“There’s some unknowns there, and there’s some things the NCAA’s going to have to do to in terms of the recruiting process to adjust or make exceptions to accommodate all of the states with spring football,” Filleman said.

Blanford-Green said the issue of recruiting was not a factor in the decision to move football to the spring.

“We were fighting for the opportunity to give football a season,” Blanford-Green said. “Everybody isn’t looking for recruitment tape — go to (rural schools like) Holly and Springfield, go to a wide majority of our member schools. They were concerned about us fighting for them to have a season.”

Woitalewicz also wonders if a spring season will cause some of the state’s top talent, such as already-committed Division I recruits, to opt out. And he’s already heard chatter about players wanting to go to states that are still planning on football in the fall, although a CHSAA bylaw that is set to be voted on will discourage that.

“Some kids are like, ‘I’m going to move to Utah, or I’ll just go to Kansas,’” Woitalewicz said. “But the new CHSAA bylaw, if you’re going to another state and play there in the fall, you can’t come back to Colorado and play here in the spring… Obviously CHSAA was smart enough to jump on that early.”

The other, more immediate concerns about the altered 2020-21 schedule center around club sports’ effect on CHSAA participation, particularly in volleyball (a traditional fall sport now slated for March through May) and baseball (a traditional spring sport, now pushed back and slated to finish in late June).

Cherry Creek baseball coach Marc Johnson fears the amended schedule — following the cancellation of the season this past spring — “could be the death of high school baseball.”

“I don’t know if they took into consideration (the club ball factor), and I don’t understand why baseball couldn’t have been played in the fall,” Johnson said. “The kids have been playing baseball basically all summer, and they’re playing softball this fall.

“The problem is, if I’m a player, a club coach says you can play 50 games and travel and go to showcases with us, or play 16 games for your high school. Any kid who loves the game is going to take the 50-game schedule, where you can play all the time and be exposed (to scouts) all over the place.”

Blanford-Green said the decision to put baseball in “Season D” of the quadrant schedule was driven by CHSAA’s desire to keep sports in their traditional seasons, so long as current safety guidelines allow. And she dismissed the notion of club sports overshadowing the re-jiggered calendar.

“I just want to remind everyone that 20 weeks ago, we had to shut down spring sports, and those athletes and those schools would’ve done anything to have this opportunity,” she said. “These ‘what ifs, what ifs’ are so minute compared to the fact that we’re moving forward and getting our kids back into athletics and activities.”