Colorado has several new laws to support people with disabilities 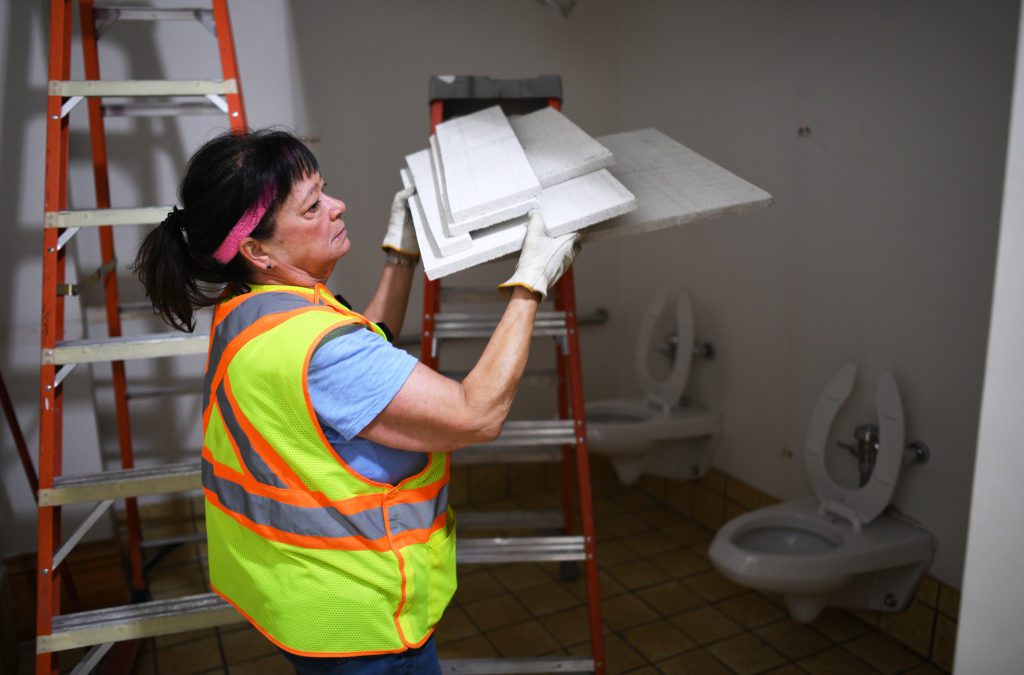 If it weren’t for his family and their support over the years, Mitch Routon doesn’t know what he would be doing now.

The 41-year-old Colorado Springs man has intellectual disabilities, and is now an advocate for himself and others at The Arc of Colorado, an organization that promotes policies to help people with intellectual and developmental disabilities.

“We can do the same thing as everyone else,” Routon said. “It just may be at a slower pace.”

Supporting Coloradans with disabilities was among the topics that saw movement in the Colorado legislature this year, with lawmakers passing a slate of bills — many with bipartisan support — aimed at protecting people’s rights, preventing discrimination and increasing access to services 31 years after the federal Americans with Disabilities Act became law.

Christiano Sosa, The Arc of Colorado’s executive director, called it a “banner year.”

The new laws include:

The Arc of Colorado supported several of these laws, as well as others that would help with case management for people with intellectual disabilities and funding for state services.

Routon, who serves on The Arc of Colorado board, has felt the effects of discrimination against people with disabilities at previous work places — he now works at an Arc Thrift Store in Colorado Springs.

He had a stroke as an infant and seizure disorder until he was about 11 that affected his development. Routon said he often feels like when he makes progress, he faces another roadblock, so he continues to advocate for equal rights, particularly for those who do not have a voice or support.

“I would like to see the entire country do what Colorado is doing because it is very important that people with disabilities get paid equally,” he said of the subminimum wage law.

There’s a “caucus of one” in the statehouse representing Coloradans who have physical disabilities: Rep. David Ortiz, a Littleton Democrat and the first Colorado lawmaker who uses a wheelchair. The Afghanistan war veteran was in an Army helicopter crash in 2012 that paralyzed his lower body.

“It’s great to have allies, it’s even better to have representation, but when you have both working together, you can get some amazing work done and I think this session was really illustrated with that,” he said.

Ortiz even has spurred change at the Capitol building. Though he tried to advocate for accessibility before he was in office when he worked for United Veterans Committee for Colorado, he said it took getting elected to make the Capitol building itself more friendly for people in wheelchairs.

In the Colorado House chamber, crews installed ramps so he could get around. Some of the building’s doors were widened. Right now, bathrooms are being renovated to ensure they’re more accessible, and later this summer, crews will be installing a lift at the dais in the House.

In the Senate, Wheat Ridge Democrat Jessie Danielson is helping to plot physical changes to the chamber so it’s more accessible to wheelchair users.

“We should just inherently as legislators take the issue up, but it seems to be that (for) people with disabilities, the discrimination is still so widely acceptable, so we have to continually push where we can,” she said.

A lot has changed, albeit slowly, since Julie Reiskin started her work advocating for people with disabilities with the Colorado Cross-Disability Coalition. Reiskin has multiple sclerosis, and she uses a wheelchair. She has visual spatial issues so she can no longer drive.

For nearly 10 years, she had to work as an unpaid director in order to continue receiving state services. That has since changed, but other policy solutions are not as simple as focusing only on benefits or discrimination, she said.

“Supporting people with disabilities to be active, engaged and not in poverty is really the next place” to target, Reiskin said, and “effective communication” following that.

The new law that would require state agencies to implement plans to ensure their websites are more accessible to people with disabilities (through options like text descriptions) and ensure state and local agencies follow ADA regulations will help, she said.

Another law that has been years in the making creates the option to include a disability symbol on drivers’ licenses and ID cards. The initiative, backed by the National Federation of the Blind, is the second in the nation; Alaska was the first.

Rebecca Zickerman, an alumna of Littleton High School, has been working with Rep. Dafna Michaelson Jenet, whose own son is on the Autism spectrum, to advocate for the issue.

Zickerman has cerebral palsy. People can’t tell immediately, but she has trouble controlling some of her movements.

“If I were to be pulled over for whatever reason, I could be accused of being under the influence for not being able to walk in a straight line,” Zickerman said.

Zickerman also has dyslexia and said she often didn’t talk about her invisible disabilities until a high school coach encouraged her to speak out. Now, she does it to help others.

Tape marks where a wheelchair lift will soon be installed in the house chamber of the Colorado Capitol building in Denver on Wednesday, Aug. 4, 2021.

Littleton Republican state Rep. Colin Larson has been working on finding solutions for people with disabilities after he heard from people in his district and worked with Stepping Stone Support Center, a day center for adults with disabilities, to help set up a coffee shop.

Larson cosponsored the new law to require training for first responders and two other disability-related bills this year because he believes the issues people with disabilities face are not regularly addressed.

Larson also hopes the legislature will address issues like the lack of housing availability for people with intellectual disabilities. Ortiz said a lot of topics that lawmakers are trying to address need to be thought of equitably across the board — race, gender identity and sexual orientation, and people with disabilities.

“Access is going to be the biggest thing that I’m going to be focusing on whether we’re talking about mental health care, whether we’re talking about health care, whether it’s about durable equipment, whether it’s about employment opportunities and making sure workplaces are accessible, or do a better job at making employment opportunities accessible,” he said.