Colorado has no statewide standards on teaching kids about 9/11 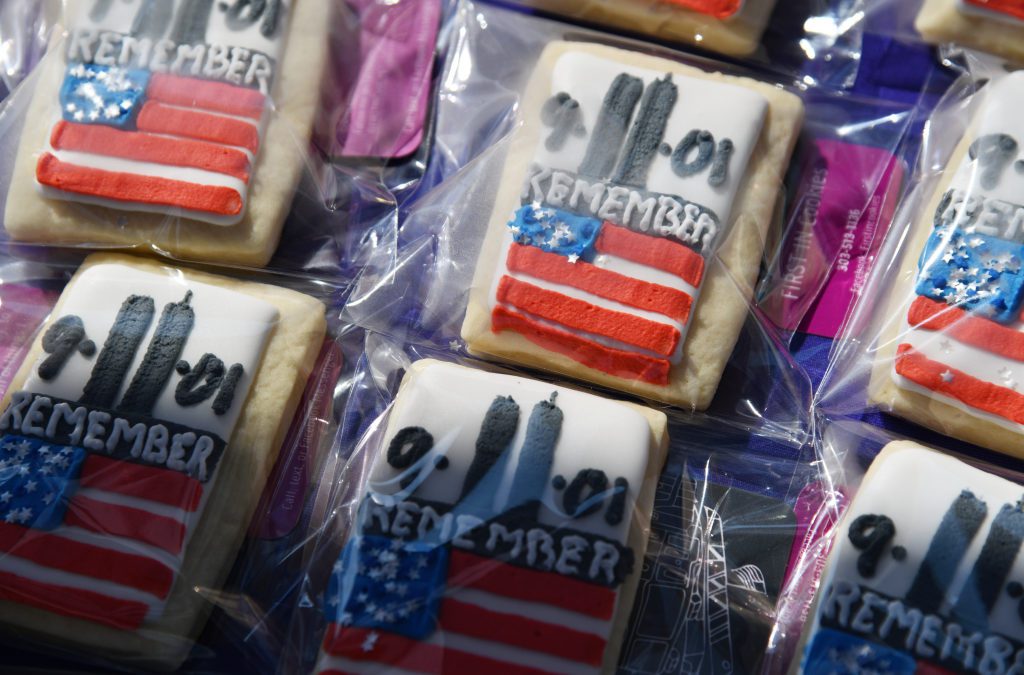 Wagma Mommandi dreaded navigating the ninth grade as a Muslim student in Denver Public Schools in the wake of the Sept. 11, 2001, terrorist attacks.

“9/11 was the most significant thing in my life as a person whose parents are from Afghanistan,” she said. “Everything in our lives has been shaped by 9/11. We were extremely ostracized. There was a lot of Islamophobia. I remember wishing so badly people didn’t want to talk about it with me. I just wanted them to let me assimilate and try to be a wallflower even though I’m brown.”

Now, the 33-year-old Mommandi — a former teacher and current Ph.D. student at the University of Colorado Boulder’s School of Education — is helping create curriculum to educate beyond the headlines of 9/11 and teach how the terrorist attacks and their aftermath shaped the nation and world, and continue to reverberate 20 years later.

The curriculum, called “Teaching Beyond September 11,” is a project spearheaded by Ameena Ghaffar-Kucher, of the University of Pennsylvania’s Graduate School of Education, and a group of educators, scholars and community activists to help teachers deepen their students’ understanding of the horrific event and its long shadow.

“The stuff that’s out there for teachers — and I’ve been looking around a lot — is not great,” Mommandi said. “This is really important history that’s not well-developed in terms of curriculum and materials.”

Many states, including Colorado, don’t require Sept. 11 to be taught in school. And not only were current high school students born into a post-9/11 world, but some teachers just entering the profession are young enough to have only been a few years old at the time of the attacks and the start of America’s longest war, which just ended last month.

With 9/11’s transition to an increasingly distant historic event, The Denver Post asked Colorado educators and students how they think textbooks should address the life-altering terror attacks and the complex events that led up to that day and emanated from it.

Collin Castanon, 9, carries a box, along with 700 volunteers, as they pack 150,000 meals for Kids Against Hunger/Colorado Feeding Kids during the Xcel Energy 8th Annual Day of Service Saturday, Sept. 8, 2018, at Century Middle School. The annual gathering was created to pay tribute to the 9/11 victims, survivors and first responders.

Dale Munholland, an American history teacher at Arvada’s Pomona High School, is often taken aback when reminded his students have no memory of 9/11.

“It seems so fresh and recent in your mind, and then you talk to the kids and you’re shocked because it’s like, ‘Oh yeah, you weren’t even alive,’” Munholland said.

Munholland said teaching 9/11 is largely left up to educators and that there isn’t much information about it — if any — in the history textbooks he’s seen.

Curriculum decisions in Colorado are left up to individual school districts. The state does have standards, which act as a road map for what a child should know at a specific grade level, said Jeremy Meyer, spokesman for the Colorado Department of Education.

However, the Sept. 11 attacks are not explicit in the state’s social studies standards, he said. High school state history standards do mention the war on terror as an example of a lesson analyzing the complexity of events throughout the United States.

Colorado isn’t alone. A 2017 analysis of social studies standards across the 50 states and the District of Columbia found that 26 specifically included the Sept. 11 attacks and nine included terrorism or the war in terror more broadly. But 16 states’ standards didn’t mention 9/11 or terrorism at all, according to the study.

Munholland said he tries to connect 9/11 to his students’ lives by explaining things like how and why it impacted airport security and discussing how the subsequent Patriot Act influenced surveillance of American citizens. He said he wants students to learn about the good and bad things that came out of the event.

“The almost instantaneous unity in the U.S. that happened, the bipartisanship and this euphoric patriotism that came about and people felt together as one as opposed to being very divided,” Munholland said. “But then also negative issues like the anti-Islamic and Arab sentiments.”

Mitchell High School Air Force JROTC stage behind a portrait of Kathryn LaBorie, a Mitchell alumnus who died in the 9/11 terrorist attacks, just before a 20th-anniversary commemoration ceremony at the Colorado Springs school on September 10, 2021.

A place of empathy

Haley Gossett, a 16-year-old in the Army Junior Reserve Officers’ Training Corps program at Colorado Springs’ Mitchell High School, said the majority of her knowledge about 9/11 came from JROTC.

Mitchell High School conducts an annual 9/11 observance in which students help honor the lives lost in the attacks — including 1975 graduate Kathryn Yancey LaBorie, a flight attendant on United Airlines Flight 175, which flew into the World Trade Center.

Gossett, whose father was in the Army, said she’s interested in learning how other countries reacted to 9/11 and the wars in Afghanistan and Iraq. The teen, who was born four years after the terrorist attacks, said she’s considering going into the military.

“I want to learn about how it affected Muslims and how they felt in our country after that because I know a lot of the racism but I just can’t imagine what that would feel like for them,” Gossett said.

Mommandi knows that feeling all too well.

The curriculum she’s helping create comes from a place of empathy, critical thinking and that global perspective Gossett is interested in, Mommandi said.

“What are the true costs of war?” Mommandi said. “That is absolutely important.”

Offering a variety of viewpoints

Anton Schulzki, a Colorado Springs social studies teacher, is the president of the National Council for the Social Studies. He was still deciding how to teach 9/11 this year, but said it can be taught from different subject matters. A government teacher could discuss how 9/11 impacted different government agencies or challenged the Constitution, he said. An economics teacher could talk about how much money the U.S. spent on the war in Afghanistan.

Schulzki said he always keeps in mind that in a city like Colorado Springs with a heavy military presence, students may have parents or family members who served in the war.

“We try to present sources with a variety points of view and let students be critical of those,” Schulzki said. “The perspective we’re teaching is one lens, and a lens from another student in another country might be totally different. I think that’s a very important part of student’s education is to learn there are multiple points of view. It’s not the teachers’ responsibility to say what’s correct.”

Mulholland thinks enough time has passed that his class can have a discussion on the merits of the war in Afghanistan.

“We can now talk about was this worth it?” Mulholland said. “Was this the right thing to do, knowing now 20 years later what we didn’t know then? It’s not my job to tell them what to think.”

Mullholland wants his students to walk out of class equipped with knowledge and resources to ensure an attack like 9/11 never happens again.

“My hope is that they would understand everything that happened that went into that event taking place and they would work to make sure that event never takes place again,” Mullholland said.