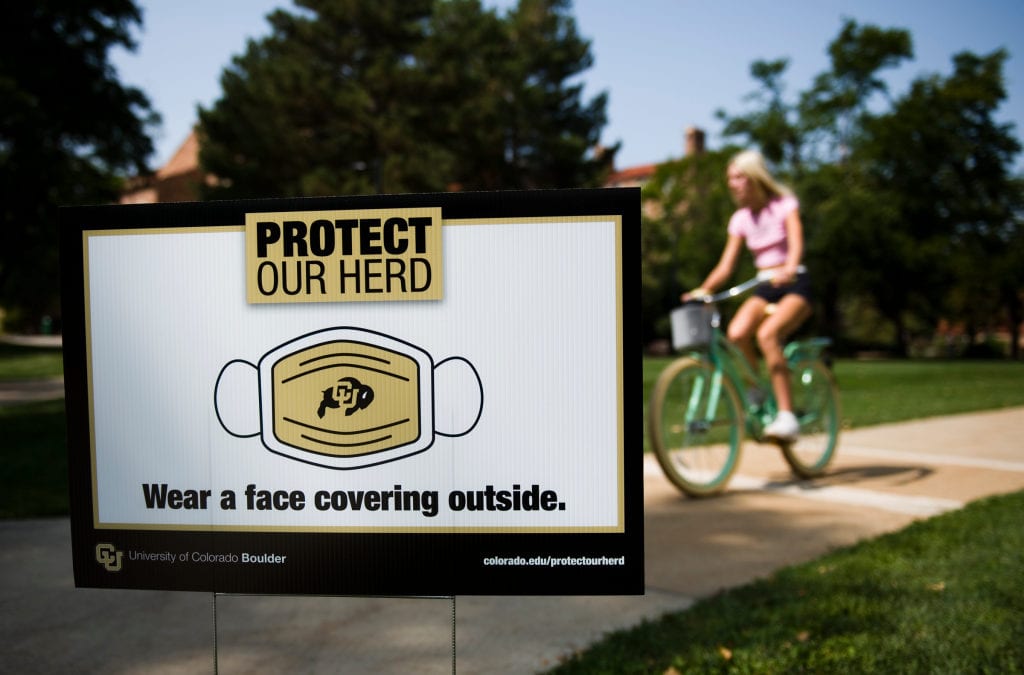 The Colorado Department of Public Health and Environment reported 274 active COVID-19 outbreaks at schools, restaurants, stores, churches and other facilities across the state this week, setting a new record.

The previous high mark was set last week, with 236 active outbreaks. The last time before that when more than 200 locations were linked to ongoing coronavirus outbreaks was early June.

The state health department defines an outbreak as two or more cases linked to the same location or event within two weeks. So if two people tested positive on the first day of school, that’s not an outbreak, unless they’d both been at some other event recently. An outbreak is considered over when four weeks have passed with no new cases.

The rising number of active outbreaks come as Colorado is in what state officials have called a “third wave” of the virus, following the early peak in March and June and a second surge in July.

The state tied the record of 967 new cases on Monday, bolstering concerns about hospital capacity in the coming weeks as Colorado’s test positivity rate surpassed the key 5% benchmark.

As of Wednesday, there were 317 confirmed COVID-19 patients in Colorado hospitals — a 59% jump since Oct. 1 and the highest number since late May. Seventy-seven percent of the state’s available intensive care unit beds were in use Wednesday, though the state does not track how many of those are coronavirus patients.

On Monday, Mayor Michael Hancock, sounded the alarm over increasing COVID-19 infections, saying the city’s seven-day average case rate was at the same level as it was in May. A spokesperson for the Denver Department of Public Health and Environment on Wednesday said officials are working on updated public health orders for the city that likely will be made public later this week or early next week.

Most of Colorado’s current coronavirus outbreaks were found in September or October, though a few in jails and homeless shelters date back to April. Half have five or fewer cases as of Wednesday, though any outbreak still deemed active could continue to grow.

So far in October, there have been 119 new outbreaks, averaging 11 cases and less than one death each. When the state began tracking outbreaks in March, each outbreak averaged more than 40 cases and seven deaths, likely because most were in high-risk settings like nursing homes.

The average number of deaths per outbreak fell below one in June, as the outbreaks moved into settings with fewer people at risk of severe complications, like offices and restaurants. The average number of cases also generally per outbreak trended downward from spring to summer, before popping back up to more than 18 in September — though that was largely due to University of Colorado Boulder’s unusually high number of cases.

The largest ongoing outbreaks are largely in universities and prisons:

The university outbreaks include previously reported cases linked to fraternities, dormitories and teams. All totals include confirmed and probable cases as reported by the Colorado Department of Public Health and Environment, which updates its database of outbreaks every Wednesday.