Colorado has had 201 police-related deaths since 2014. Lawmakers want a better way to investigate them. 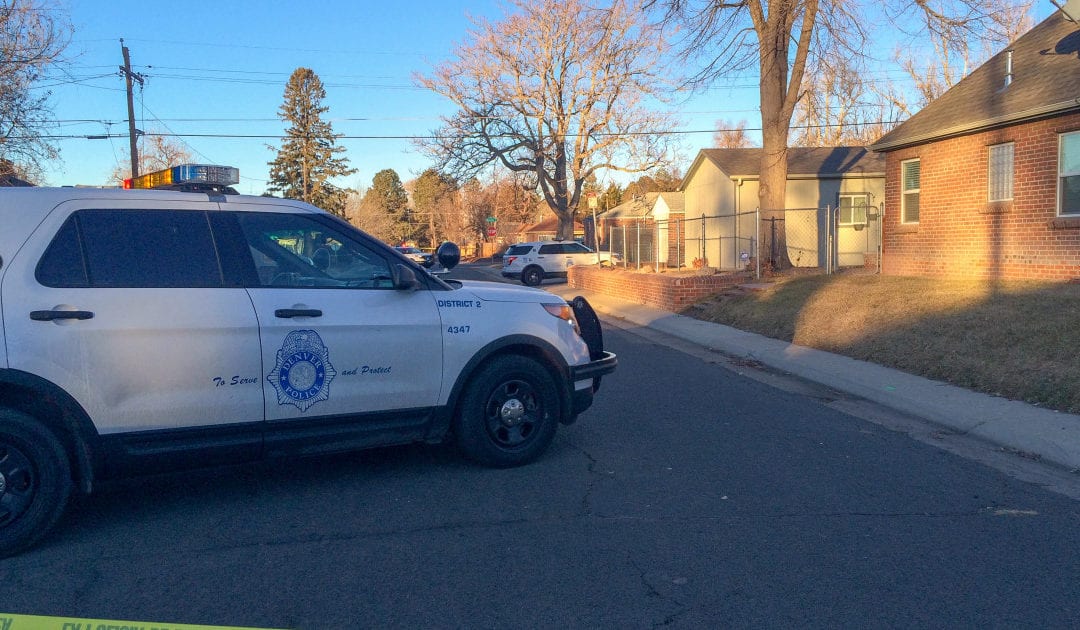 From 2014 to 2019, Colorado law enforcement officers shot 309 people, 189 of them fatally, and all but two of those shootings were deemed justified by prosecutors or grand juries. So far in 2020, officers have shot and killed 12 people.

That placed the state fifth in the nation for the highest rate of fatal law enforcement shootings based on population, according to a Colorado Public Radio investigation in January that tallied up the cases in the absence of a comprehensive state count. Currently, officer-involved deaths are investigated by law enforcement and the district attorney’s office within the same jurisdiction where the shooting took place.

“A lot of times, they call each other family. And you shouldn’t ask family to investigate family,” said Susan Hutson, president of the National Association for Civilian Oversight of Law Enforcement.

Two Colorado House Democrats are drafting a bill to create a statewide Independent Monitor Program, similar to what’s in place in Denver, to review and investigate law enforcement-related deaths throughout the state.

But the pause in this year’s legislative session due to the coronavirus pandemic is casting doubt on whether the yet-to-be-introduced bill stands a chance when lawmakers return next month.

“There’s a lot of questions that have to be answered before we know which bills will move forward,” said state Rep. Adrienne Benavidez, a Commerce City Democrat who is working on the bill. She said controversial measures –– and ones like the police oversight bill that will deplete the already strained state budget –– likely will fall to the bottom of the list when lawmakers go back to work. That’s tentatively planned for May 18.

“I’ll still push for it. But I will understand if it doesn’t move forward, because we just have too much. There’s well over 300 bills still out there,” Benavidez said. “I can always bring the bill forward next year.

Benavidez, who is drafting the bill with state Rep. Jovan Melton, an Aurora Democrat, said communities have for decades been seeking more oversight of law enforcement. But they lacked the resources and the political power to create their own civilian oversight boards.

“I do believe that the vast majority, I’d say 99% of officers, act properly,” Benavidez said. “As a community, we don’t always understand why they take some actions they take. But the good thing about civilian oversight is it provides some transparency to that process, and helps the community understand what is going on in those situations.”

Denver is the only Colorado city that has an independent agency focused on oversight of law enforcement, though a handful of other communities –– including Aurora, Boulder and Colorado Springs –– are exploring different models.

Officer-involved deaths outside of Denver are investigated by a team of officers, including at least one agency that was not involved in the incident. The investigation is reviewed by the district attorney’s office in the same jurisdiction where the death occurred to determine if the officer committed a crime. That’s where the push for an independent review process comes from.

“Civilian oversight of law enforcement is often created when there is a deficit in community trust in law enforcement,” said Nick Mitchell, who leads Denver’s Office of the Independent Monitor. “It’s often precipitated by some incident, or some set of incidents, which raise concerns in the community about the level of transparency or kinds of accountability that exists in a particular police or sheriff agency.”

The lawmakers decided to draft the bill after a handful of high-profile deaths involving law-enforcement in Colorado, including the fatal shooting of De’Von Bailey in 2019. The 19-year-old was shot three times in the back while fleeing from two Colorado Springs officers who were questioning him about an armed robbery.

The event, and the body camera video showing the black teenager being shot by white officers, sparked protests across the state, and prompted Gov. Jared Polis and other lawmakers to call for an independent investigation. The case was reviewed by an El Paso County grand jury, which determined that the officers were justified in their use of deadly force.

Benavidez said the statewide civilian oversight board would investigate all officer-involved deaths. “It could be death caused by an inappropriate hold on someone. Or for instance, the young man who died after they gave him ketamine,” she said, referencing the death of 23-year-old Elijah McClain, who died on Aug. 24, 2019, while in Aurora police custody.

Benavidez, who is an attorney, said the statewide law enforcement oversight board wouldn’t take effect until 2022. In the interim, the lawmakers are proposing a grant program, to be tentatively run out of the Department of Local Affairs, that would provide local communities funding to hire consultants to help establish local civilian oversight boards. If a community could prove their oversight program was effective and transparent, it would be exempt from the statewide monitoring program.

The bill would also give the Colorado Attorney General’s office authority to do “pattern-or-practices” investigations of police and sheriff’s departments. The U.S. Department of Justice’s Civil Rights Division has conducted these types of investigations across the country to reform “serious patterns and practices of excessive force, biased policing and other unconstitutional practices by law enforcement.”

“Internal Affairs processes have historically been pretty opaque in many police departments and sheriff’s agencies,” said Mitchell, who was appointed by Denver Mayor Michael Hancock in 2012. His office includes 12 employees and reviews the actions of Denver’s police and sheriff departments.

“And by shining a light on the internal affairs process, as well as its outputs –– which are investigations and findings –– we think that the increased transparency helps to improve the quality of internal affairs work over time as well as community trust in law enforcement,” Mitchell said.

For some, the existing system is sufficient.

“As far as civilian oversight goes, I’m totally, 100% opposed to that, especially a statewide one,” said Sen. John Cooke, a Greeley Republican and a former Weld County sheriff. “We have civilian oversight for this; it’s called a grand jury.”

He said more transparency within law enforcement is often a good thing, and “leads to more exonerated officers, not more indicted ones.” But when it comes to a statewide civilian oversight approach, the “devil is in the details.”

Since 2015, law enforcement agencies have been legally required to report any officer-involved shootings that occurred since 2010 to the criminal justice division. But the division doesn’t have authority to enforce the law, according to Patricia Billinger, spokeswoman for the Colorado Department of Public Safety.

“There have been entities that have not responded to requests,” Billinger said.

The January report included self-reporting from 150 of the approximately 240 law enforcement agencies in Colorado. It’s unclear if the remaining 90 agencies had no shootings, or they failed to submit the necessary reports.

Learning from what’s already been done

Denver’s Office of the Independent Monitor was formed in 2005 by then-Mayor John Hickenlooper after several controversial officer-involved shootings.

Every year, Mitchell estimates his team –– which is made up of investigators, policy experts and a community outreach team –– receives between 600 to 1,000 complaints, ranging from everything from rudeness to excessive force resulting in death. The complaints then get referred to the Internal Affairs Bureau of the Denver Police Department or the Department of Public Safety for further investigation with oversight from the independent monitor.

“We can make recommendations to help ensure that the investigation is conducted fairly and impartially,” Mitchell said. “And no case gets closed without first being reviewed by us.”

“I believe based on the work that’s been done between the two departments, it’s made us a better police department,” Pazen said. “We’ve worked through challenges, but we are better from it.”

Denver’s monitor frequently suggests policy changes based on investigations. In 2018, the office released a report about the 2015 death of Michael Marshall, who died in the custody of the Sheriff Department.

“We found significant management issues and significant deficiencies in the investigations of the death in custody,” Mitchell said. “We made eight or nine very specific recommendations for changes that the sheriff’s department needed to make to prevent any similar deaths from happening in custody in the future. And many of those changes, not all of them, but many have been enacted.”

But the way they function varies greatly, making outcomes and systems difficult to track in a standardized way, said Hutson, who is also the Independent Police Monitor for the City of New Orleans.

At Hutson’s office in New Orleans, they don’t conduct investigations as Denver does, but they review already completed police investigations and provide recommendations on how to improve investigations going forward. They also track overall trends within the police department.

Benavidez said the conversation around civilian oversight of law enforcement is one that Colorado “needs to keep having.”

“I do believe that when communities determine the oversight, and I’m thinking about the communities that are most heavily impacted by perceived police abuse, that it’s the best model for that community,” Benavidez said. “We just need to help with the follow through.”