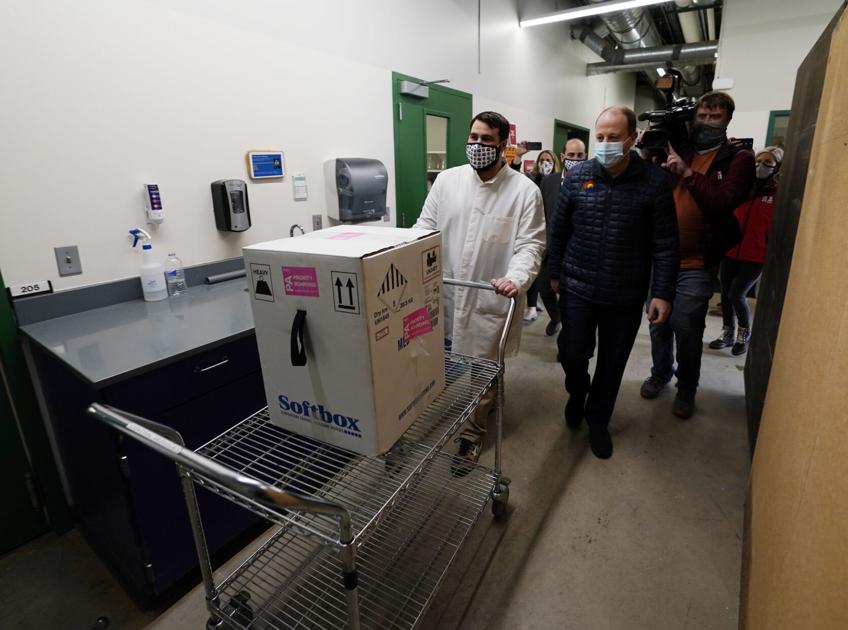 Colorado has largely avoided an expected coronavirus surge from the Thanksgiving holiday, a state health official said Wednesday, and the pandemic’s outlook here has improved as hospitals have managed to cope with the number of severe cases.

“In general, numbers have been dropping, which is very exciting,” said Eric France, the chief medical officer of the state’s Department of Public Health and Environment.

The seven-day average of new cases reported has been steadily declining since Dec. 4. At that point, the state was averaging more than 4,500 cases per day, which was lower than the unprecedented spike in mid- to late November but was still well above any other point in the pandemic. Two weeks ago, the state was on the brink of surpassing 2,000 hospitalizations. But that number has also dropped; there are 400 fewer patients in Colorado facilities than there were on Dec. 2.

Last week, state epidemiologist Rachel Herlihy said the state’s numbers had stabilized at a “high plateau.” Though the spread of the virus remains high, the decline has staved off what seemed to be an imminent health care disaster of hospitals being overrun.

Fears about overwhelmed hospitals were further exacerbated by the holiday, which seemed to promise more travel, more gatherings and more new cases.

But that has not materialized. Christmas and New Year’s hold similar potential, but unlike Thanksgiving, the situation is far better heading into the end of December than it was at the end of November.

There’s been similar improvement in Denver. On Nov. 20, the city had 1,320 cases per 100,000 people, which put Denver on the brink of a shutdown. But since then, the numbers have plummeted and now stand at 751. The area’s number of hospitalized patients has fallen by 18% since Dec. 5.

The downturn coincides with tighter control measures; Denver instituted a curfew, and the state ordered the closure of in-person dining, among other restrictions. But officials also moved the goalposts on shutdown orders: Under previous guidelines, Denver and some of its outlying counties should’ve been placed under lockdowns, but the state shifted that threshold.

“The goal was to see if a few targeted, evidence-based interventions could prevent broader and even more painful shutdowns,” said Conor Cahill, a spokesman for Gov. Jared Polis, when asked if avoiding the lockdowns paid off. “Early data seems to indicate that we are seeing success, even though we know significantly more work is required to beat this third wave.”

Tammy Vigil, a spokeswoman for Denver’s Department of Public Health and Environment, shared a similar sentiment earlier this week.

“While numbers are looking better now, we definitely still aren’t out of the woods,” she said in an email. “The guidance issued to local businesses, including restaurants and bars, may have helped us to avoid a shutdown. Most importantly, the personal responsibility Denverites have taken is helping — people limiting their gatherings, continuing to use masks, and staying home when sick is helping to curb the spread.”

Still, even with numbers improving, the state has seen a rise in deaths. Officials have said that deaths are a lagging indicator — meaning that improvements in cases and hospitalizations won’t be reflected in improved mortality rates for a few weeks. The state may still see 5,000 to 6,000 total coronavirus deaths this year. So far, there have been more than 3,200 deaths caused directly by the virus, and more than 4,000 people had the disease when they died.