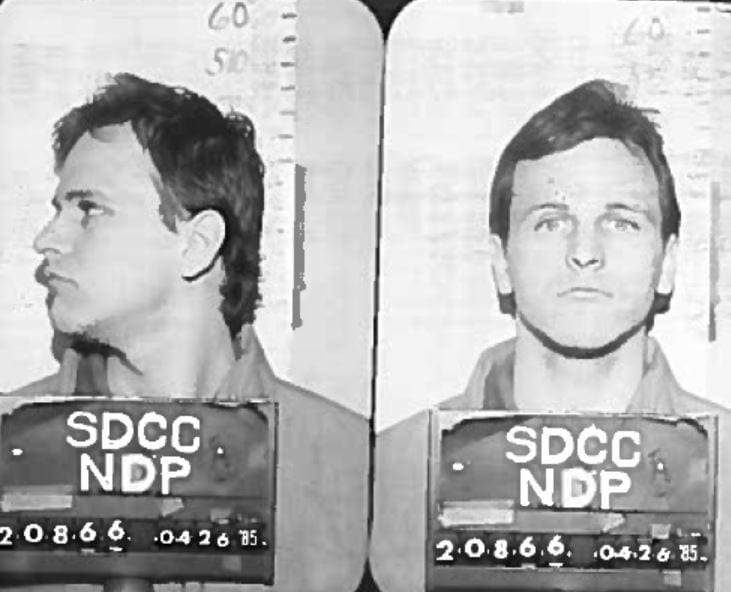 The man accused of bludgeoning four people to death in Colorado with a hammer in 1984 will not face the death penalty.

Alexander Ewing, 60, instead faces life in prison with the possibility of parole after 20 years for each of the first-degree murder counts he is charged with. Ewing is accused of killing 50-year-old Patricia Louise Smith in Lakewood on Jan. 10, 1984, and then killing Bruce and Debra Bennett and their 7-year-old daughter Melissa six days later in Aurora. The couple’s 3-year-old daughter survived the attack.

The killings were two in a spree of hammer attacks in the area that rattled residents and went unsolved for more than three decades, with the suspect dubbed the “Hammer Killer.”

Although Colorado abolished the death penalty this year, defendants who were charged before July 1 are still eligible for capital punishment, although experts told the Denver Post a death sentence at this point would be a largely symbolic move.

First Judicial District Attorney Peter Weir in August declared that he would not seek the death penalty against Ewing in Smith’s killing, saying in a court filing that it was “not a lawful sentencing option” because of a lack of aggravating factors necessary to warrant a death sentence.

In the 18th Judicial District, where Ewing faces the charges related to the slaying of the Bennett family, Chief Judge Michelle Amico ruled Friday that Ewing could not face the death penalty.

In her ruling, Amico found that the state’s 1984 death penalty statute violated the Colorado constitution and was therefore invalid. Ewing’s case falls under the 1984 law because of when the crimes occurred, she wrote in the 21-page order.

Ewing appeared in court in Arapahoe County Monday and pleaded not guilty to killing the Bennetts. A trial date was tentatively set for mid-April. A date for trial in Jefferson County has not yet been set.