Colorado governor says his $1.3 billion stimulus plan would create up to 15,000 jobs, but questions abound 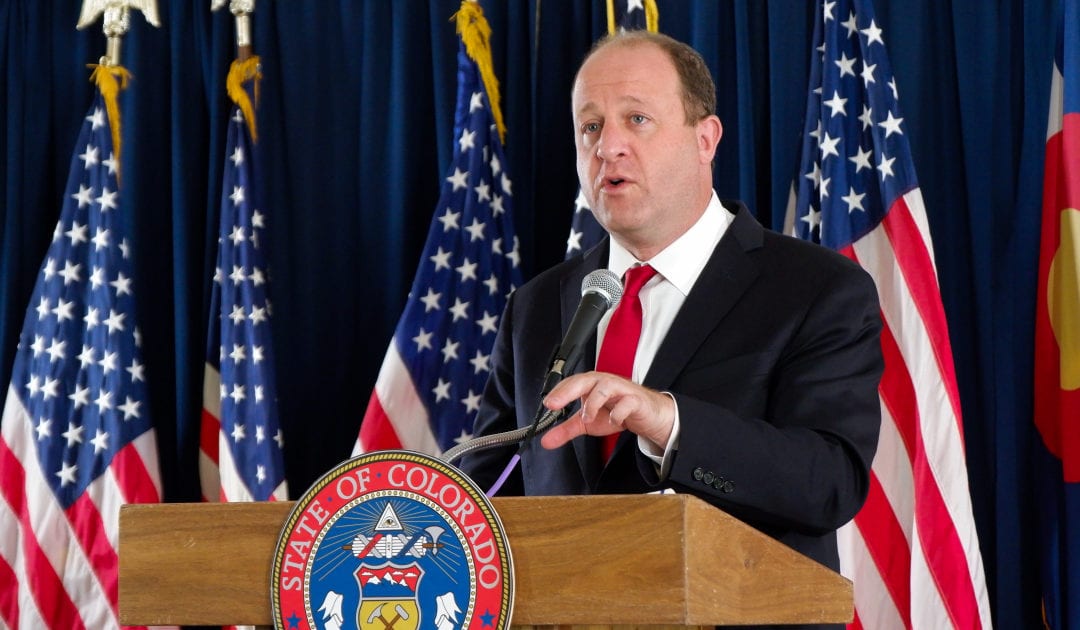 Colorado Gov. Jared Polis on Thursday asked state lawmakers to spend $1.3 billion on an economic stimulus package that he said would create up to 15,000 jobs and boost the state’s economy by 11% over current projections.

“Making these investments now with this one-time money will help restore economic growth faster and better, and shrink projected deficits in future years,” Polis said as he presented his budget for the 2021-22 fiscal year. “The legislature really has a unique opportunity to put an imprint on Colorado and help Colorado lead the way in the economic recovery.”

The Democratic governor added another request: He asked lawmakers to authorize spending $205 million in the stimulus plan in the next few weeks. The first actions would include a temporary sales tax cut up to $10,000 for restaurants and other businesses restrained by public health orders limiting their capacity; an additional $50 million in rental and mortgage payment assistance; and $50 million in payments to early childhood centers pinched by the coronavirus pandemic.

“This is going to be one of the toughest winters ever just on the health side and the economic side,” Polis said.

The idea for a stimulus package is appealing to state lawmakers in both parties — particularly given the lack of action at the federal level — but it remains uncertain whether Colorado even has enough money to cover the costs.

The Polis administration is projecting the state’s economy will make a quick recovery that boosts tax revenues above current budget levels, but legislative economists are projecting a more cautious rebound. The difference between the two revenue forecasts, in terms of discretionary dollars available to lawmakers, is $1.4 billion — almost exactly the cost of the governor’s plan.

The stimulus spending the governor wants lawmakers to approve in the middle of the fiscal year would pull from the state’s reserve savings, and his budget outlook includes $223 million in cuts to existing state programs and a reduction in Medicaid costs that lawmakers don’t expect to materialize.

Furthermore, the budget forecasts for the 2022-23 fiscal year are dire and project a potential $1.8 billion shortfall to meet the state’s needs. Each state budget needs to be balanced. But the governor’s stimulus plan essentially amounts to deficit spending, the nonpartisan legislative budget director warned lawmakers at a meeting Wednesday.

“We should all remember the governor’s budget request is predicated on us accepting their revenue forecast, which is not necessarily a given,” said Sen. Dominick Moreno, D-Commerce City, the chairman of the Joint Budget Committee.

In Colorado, the governor proposes an annual budget but state lawmakers are the ones who write the spending plan.

Earlier in the month, Polis released his $35 billion budget proposal — for the fiscal year that starts June 30. And his presentation to the budget committee Thursday offered him a chance to lobby for his spending priorities. The governor has taken an aggressive approach to shaping the state’s spending priorities and his requests for lawmakers this year are no different.

The mid-year spending adjustments are typically approved in February and a final plan for the following year is finished in April, which is what makes Polis’ demand for immediate action in coming weeks all the more extraordinary. It’s not even clear whether the budget committee has legal authority to make the spending decisions on its own when the legislature is not in session. The next term begins Jan. 13.

Already, Polis signed an executive order to issue one-time $375 stimulus checks to roughly 435,000 residents on unemployment who make less than $52,000 a year, a program that cost $168 million.

The stimulus package includes roughly two dozen requests that are a catch-all of priorities from the Polis administration and Democrats who lead the General Assembly.

The other items range from $160 million to upgrade high-speed internet in certain parts of the state and $130 million in road and bridge construction, to $4 million to increase support to minority-owned businesses and $4 million to expand the use of body cameras by police departments. Another $200 million from the stimulus package is set aside for lawmakers to determine how to spend.

The sales tax relief for restaurants and bars is expected to cost the state $105 million, and the governor estimates a break of $2,000 to $10,000 for each business. It’s not clear which businesses will qualify and lawmakers are skeptical the amount will cover all those impacted by the public health orders limiting indoor capacity amid the outbreak.

Polis told lawmakers the stimulus includes projects that will “help support small businesses, put Colorado back to work, invest in the state’s future, (and) provide needed assistance now.” The one-time spending also must be completed in the next 12 to 18 months and have a multiplier effect on the economy.

The administration said its projections for 10,000 to 15,000 jobs and a 0.4 percentage point increase in the state’s estimated gross domestic product in 2021 are conservative based on economic modeling. The economic growth represents an 11% boost from the projected 3.7% rate.

The governor’s office declined a request to provide its documentation on the economic impact. The budget committee hearing at the Capitol was closed to the public but the audio was broadcast online.

“We utilized targeted proposals based on sound economic analysis and principles that deliver high economic impact, as well as strategic investments to help Colorado recover stronger and more quickly, that will leave a lasting legacy,” Polis said.

The governor pushed for the spending even as he acknowledged it comes at an uncertain time with budget deficits on the horizon. But he said the spending would boost the state’s economy, bringing in new revenues that reduce the risk of a budget shortfall, and position the state ahead of others in the nation.

“We certainly don’t want the stimulus to contribute to future deficits,” Polis said.

Sen. Bob Rankin, a budget writer from Carbondale, said his Republican colleagues support the concept of the stimulus but want to work together on the details.

“Speaking for the minority, we want to make this a bipartisan effort,” he said. “I believe we are pretty solidly behind the idea of the stimulus.”

“This is not a partisan issue,” Rankin added, “it’s one I think we should all get behind for the good of the people of Colorado.”