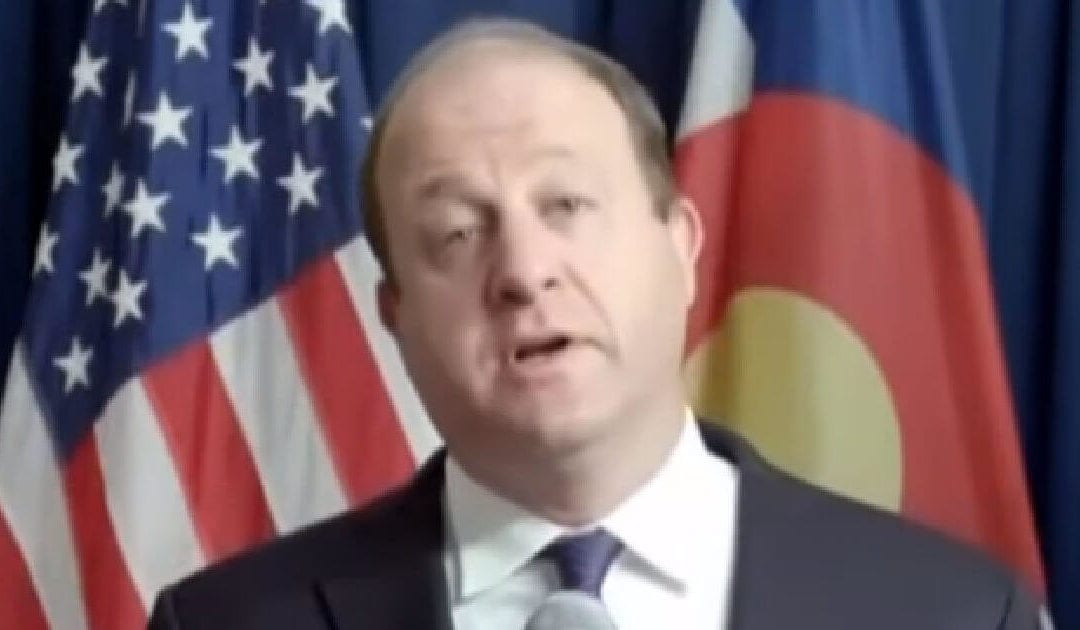 Colorado’s Democratic governor may have started this beef with the state’s cattle farmers, but citizens are serving it right back to him — well done, of course.

Cattle farmers and state politicians were outraged at Polis, who has a history of activism against the industry (it’s worth noting that Polis’ fiance, first gentleman Marlon Reis, is an animal rights activist and vegan).

“We can’t have leadership in this state throw the number two industry in this state under the bus,” state Sen. Jerry Sonnenberg, who is a third-generation cattle rancher, said on the floor of the Colorado Senate.

Stop the censors, sign up to get today’s top stories delivered right to your inbox

Sonneberg was similarly incensed when Polis previously supported Burger King’s meatless option, taking it as an affront to the industry.

“This contributes to his war on rural Colorado and creates an even bigger divide and it is a slap in the face,” the Republican lawmaker said.

Started in 1985 by the animal rights group Farm Animal Rights Movement, MeatOut Day is held annually on the first day of spring as a “symbolic of renewal and turning over a new leaf.”

But this year, the people of Colorado — and their neighbors in Nebraska — will be firing up their grills and turning over succulent steaks and beefy burgers to commemorate the day, thanks to the Colorado Cattlemen’s Association.

The organization has declared March 20 as “Meat In Day,” saying the “goal of this day is to not only promote the benefits of meat consumption to Colorado, but to also patronize our local businesses, restaurants, etc. that have been deeply affected by the economic struggles of the pandemic.”

The CCA is urging participants to consume a meat-based meal wherever they can and has launched a campaign complete with hashtags, merchandise and a 14-page list of the 100-plus establishments throughout the state that are participating in special promotions.

“Who is ready for a statewide BBQ on March 20th?” the freshman Republican said.

Colorado’s #2 industry shouldn’t be under attack.

I stand with the Cattlemen.

Who is ready for a statewide BBQ on March 20th?https://t.co/wqhRlvdQDE

God apparently also is on board with this statewide meat mania as temperatures are expected to be a pleasant 63 degrees in the Denver area Saturday — perfect weather to fire up those campfires, meat smokers, griddles and grills.

As the plans for a meatless vernal equinox go up in smoke (from the barbecues, that is — it gets confusing when talking about Colorado), neighbors to the northeast in Nebraska are cooking up their own celebration in solidarity.

“I have designated March 20th as ‘Meat on the Menu Day’ to highlight the importance of meat in a good diet as well as to provide an opportunity to support our farmers and ranchers,” Nebraska Gov. Pete Ricketts tweeted.

“Please RETWEET to spread the news!” the Republican governor added.

I have designated March 20th as “Meat on the Menu Day” to highlight the importance of meat in a good diet as well as to provide an opportunity to support our farmers and ranchers.

Please RETWEET to spread the news!https://t.co/kc2dqBtF56

Polis tried to downplay the whole situation and the backlash, of course.

“We do hundreds of these proclamations,” he told KCNC, insisting that he likes meat.

“One of my quarantine holidays learning to cook some of the underappreciated cuts including flanks and round steak, and I’ll put my brisket against anybody’s brisket in the state,” the Democrat said.

It’s no surprise that Polis would be out of touch and at odds with the rural farmers in his state given his pedigree.

Although Polis is a Colorado native, he is a typical liberal elitist as a Princeton University alumnus and winner of Ernst and Young’s “Entrepreneur of the Year” for his achievements in Big Tech, according to his Facebook page.

As the leader of a state where the beef industry is so vital to the economy, Polis is putting his big-city values at odds with his state’s downhome economy.

According to CCA statistics, Colorado’s export beef market is a $1 billion industry with the state acting as the fourth-largest fresh and frozen beef exporter in the nation.

That means the governor’s leftist activist agenda cut directly against the financial interests of the state and the people he governs.

Polis is a typical leftist who abandoned good sense and solid leadership for his state in favor of virtue-signaling and destructive activism — in other words, he’s all sizzle and no steak.