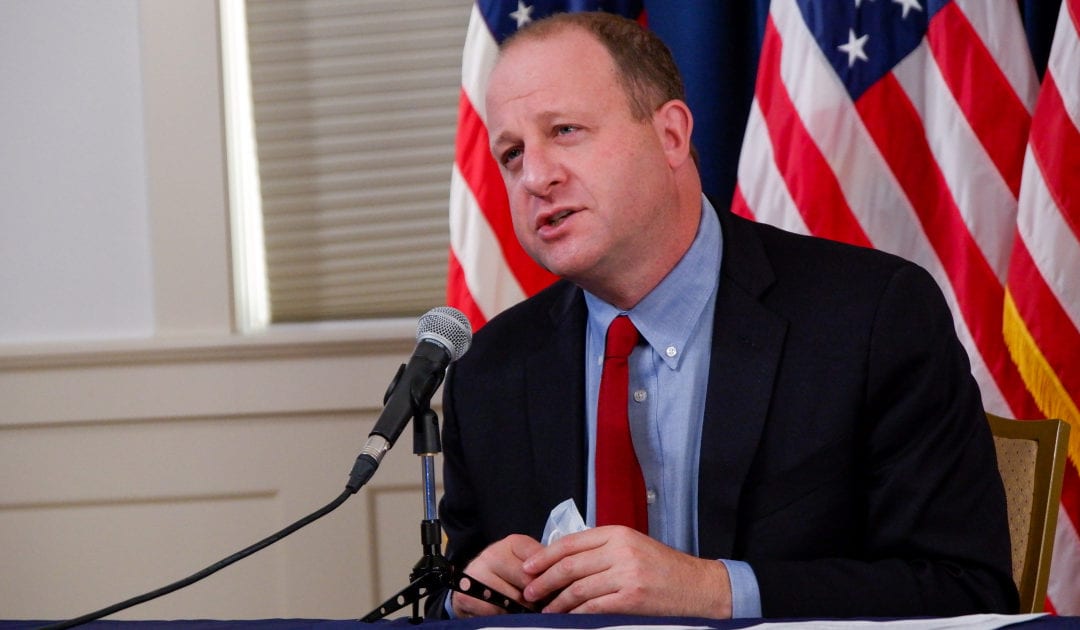 Gov. Jared Polis on Wednesday commuted the sentences of four people and pardoned 18 others, including the parents behind the infamous 2009 “balloon boy” hoax.

Polis said he was pardoning the balloon boy’s parents, Mayumi and Richard Heene, because “we are all ready to move past the spectacle from a decade ago.”

“Richard and Mayumi have paid the price in the eyes of the public, served their sentences, and it’s time for all of us to move on. It’s time to no longer let a permanent criminal record from the balloon boy saga follow and drag down the parents for the rest of their lives,” Polis said in a written statement.

In October 2009, the Heenes released a gas-filled, saucer-shaped balloon and reported to authorities that their 6-year-old son, Falcon, was trapped inside of it. The truth was that Falcon was hiding in the Heenes’ Larimer County home, but before that discovery was made the effort to rescue the boy attracted worldwide attention as the balloon drifted over northern Colorado.

“You and your wife were involved in a very high profile incident that garnered attention across Colorado and across the country,” Polis, a Democrat, wrote in his pardon letter to Richard Heene. “You wrote to me that you have taught your three children to be honest and hardworking, and you have been diligently passing on your construction trade to your sons. I believe you and trust that the legal and social consequences you have suffered in the intervening years will prevent you from ever repeating your past mistakes.”

Richard Heene has denied that the balloon boy saga was ever a hoax.

Pardons were also granted by Polis to the following people:

Polis also commuted the sentences of four men: Fredric Dryer, William Goble, Frederick Harris and Anthony Martinez. The will be released on parole on Jan. 15.

Dryer was sentenced to 84 years in prison in 2015 for violating the Colorado Organized Crimes Act as part of a real estate Ponzi scheme. Some people lost their life savings in the scam.

“Thinking about this case last night, I wondered what makes you different than the people who put guns to victims’ heads?” Denver District Court Judge Anne Mansfield said as she sentenced Dryer, according to The Denver Business Journal. “Are the victims any less hurt?”

Polis said he was shortening the sentence because it’s one of the longest for a white-collar crime in Colorado history.

“You have taken full accountability for your actions and recognize the mistakes you made in the past,” Polis wrote in his letter commuting Dryer’s sentence. “You are remorseful and ready to advance to a new phase of life.”

Goble was sentenced in 1996 to 96 years in prison for the manufacture or sale of a controlled substance. He was 31 years old at the time.

Harris was also sentenced to 96 years in prison. The penalty was handed down in 2000 after he was convicted of distribution of a controlled substance.

Martinez faced the longest sentence of any of the men whose sentences were commuted. In 1989 he was ordered to spend the rest of his life in prison with the possibility of parole for second-degree burglary and for being a habitual criminal.

Polis cited Martinez’s age and failing health in his letter pardoning him. Martinez is being held at the Sterling Correctional Facility, which has had the state’s worst prison outbreak of coronavirus. More than 1,300 inmates there have caught the virus, 10 of whom have died.

The ACLU of Colorado has been advocating for Martinez’s release.

“In the case of Anthony Martinez, you have an 84-year old man who is wheelchair-bound and suffering from dementia,” Polis said in a written statement. “While his case highlights the need for reforming the state’s special needs parole process for him and others like him, at least I am able with my power as governor to be a last recourse to allow him to live his final years with his niece in Pennsylvania.”