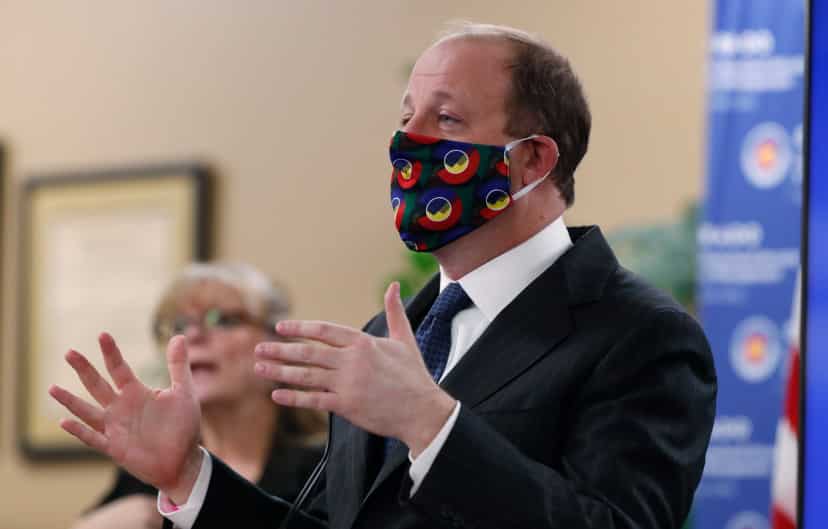 Polis said the order will require critical workers who are in close proximity with other employees and the public — including grocery store workers — to wear facial coverings while at work. The only exception to the requirement are people whose health would be affected by wearing a mask.

The order also will require critical employees to wear gloves “when in contact with customers or goods,” according to powerpoint slides presented at the news conference.

The Centers for Disease Control and Prevention added wearing facial coverings to its list of recommendations at the beginning of April, but until now, masks have not been required for essential workers in Colorado.

“Most employers and workers are already doing this, and we salute them for their proactive steps, but we don’t want to prolong the pain for everybody else just because some aren’t,” Polis said.

Polis also encouraged people who don’t work in critical jobs to wear masks whenever they are in close proximity to other people.

“The more people wear masks at these critical workplaces, and when going about their necessary errands, the more lives will be saved … and the sooner we can get the economy growing again,” he said.

Polis isn’t the first governor to issue an executive order like this. On Thursday, Connecticut Gov. Ned Lamont issued a similar order, requiring customers and workers to wear facial coverings in stores.

In response to a Facebook post on One Man’s Junk Summit County, some people expressed their concern about the lack of masks in grocery stores.

“Frustrating to see most of the City Market employees not wearing masks/gloves in Breck. Most people shopping have them,” Robin L Drabant commented on the post.

Polis ended the conference on a hopeful note.

“We’ve never been through something like this in our lifetimes, but we are going to get through this together, and we’re going to be stronger at the end of the day,” he said.