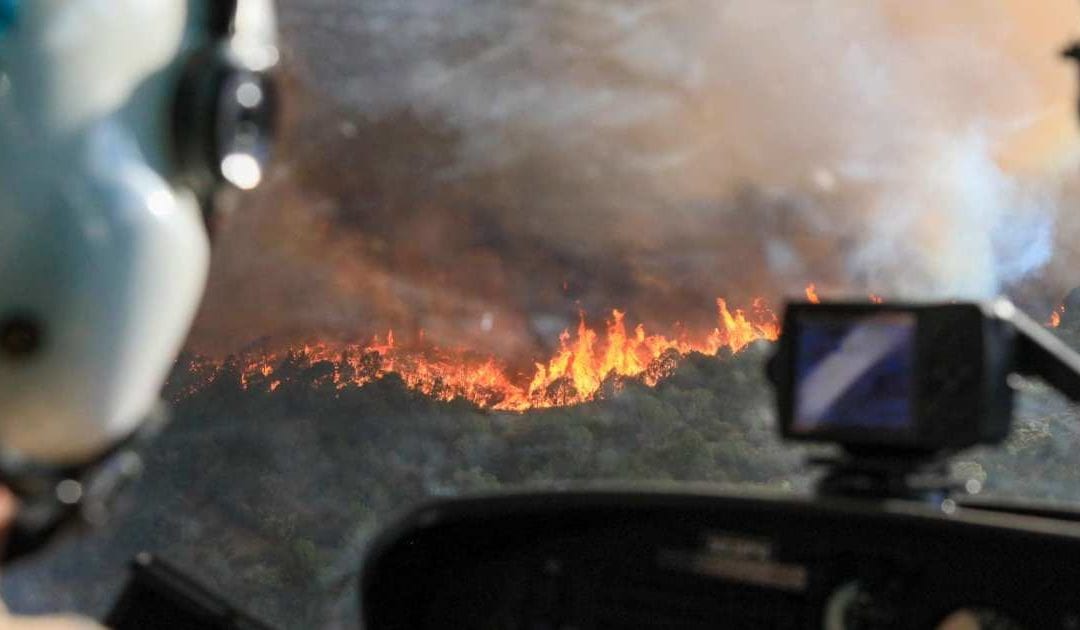 Colorado Gov. Jared Polis on Tuesday banned campfires and fireworks across the state for the next 30 days in an attempt to stop new wildfires from igniting.

“We need to do everything we can to prevent new fires from starting,” he said at a news conference.

Polis said barbecues and camp stoves are still allowed, but that other sources of open flame should be avoided.

The order comes as four major fires are burning more than 130,000 acres in western Colorado. Polis said three of the blazes — the Grizzly Creek fire, the Cameron Peak fire and the Williams Forks fire — are believed to be human-caused.

The Grizzly Creek fire, burning near Glenwood Springs, is believed to have been ignited by something dragging on Interstate 70 in Glenwood Canyon. Authorities say the lack of lightning near where the Cameron Peak and the Williams Forks fires started last week are why they believe they were caused by humans, though the exact source is unknown.

The Pine Gulch fire burning on more than 80,000 acres near Grand Junction — the fourth largest blaze in Colorado history — is believed to have been sparked by lightning.

Most of the western Colorado has already enacted burning limitations to prevent further blazes from sparking. Polis said he hopes the order will prevent firefighting resources from being overwhelmed.

Stan Hilkey, who leads the Colorado Department of Public Safety, said shooting on public lands will likely not be banned, but he urged people to use common sense and avoid any risky behavior that could cause a fire to ignite.

The details of the ban — including when it goes into effect and what penalties violators may face — have not been released.

Hilkey said the state has spent more than $10 million responding to the fires so far, a sum that’s expected to rise.

The fire situation has even drawn the attention of Joe Biden, the presumptive Democratic nominee for president. In a statement, he said that he and his wife are keeping the families affected by the wildfires in Colorado in their thoughts and prayers.

“We thank the brave firefighters and first responders who are putting their lives on the line to protect Colorado families and contain these devastating wildfires,” Biden said. “To all who live in an affected region, please follow guidance and safety precautions from your local officials.”