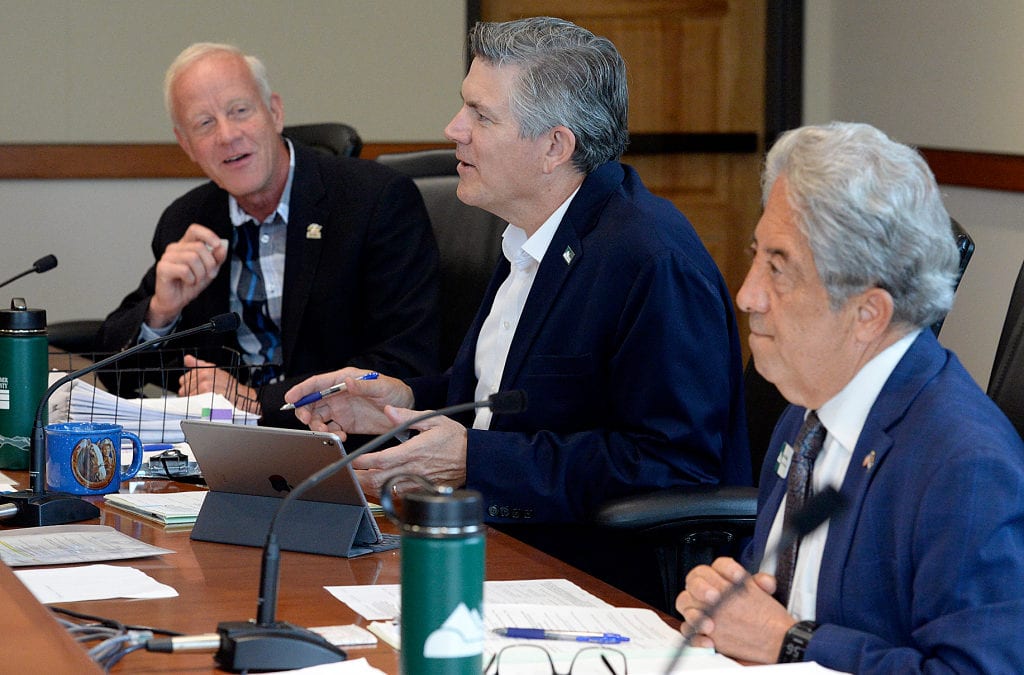 A group of Colorado Republicans intends to aim low this election season — as in, low on the ballot, with a special focus on county races that typically don’t generate flashy headlines but may prove key to retaining and wielding GOP power in a state with an increasingly blue Capitol.

This week marked the launch of a fundraising committee, dubbed Republican Commissioners for Colorado, which boasts it will embark on an “aggressive campaign to aid county commissioner candidates finance their elections.”

“Its purpose is to ensure that our counties provide the public safety, land use and transportation infrastructure needed for strong local economies, while holding back wrong-headed policies from the state Capitol that will hurt our communities,” read a press release the group issued this week.

Depending on who you ask, the effort either smacks of a desperate attempt by the state’s Republicans to shore up what support they can during a tumultuous election cycle or it represents a cunning political play in the quieter corridors of Colorado’s power structure.

“This to me sounds like the last gasp of a once-formidable political party,” said Mindi Haddad, a Democratic political strategist. “They’re scraping the bottom of the barrel because that’s all that is available to them now.”

Not so fast, said Dick Wadhams, a longtime Republican strategist and former head of the Colorado GOP. With both legislative chambers and the governor’s office under Democratic control and dim prospects of that changing in November, Republicans are right to chase down seats at the local level, he said.

Commissioners have broad power over land use decisions and regional water projects, like the controversial Northern Integrated Supply Project, for which the Republican-dominated Larimer County board of commissioners approved a permit earlier this month, Wadhams said. There has also been vigorous pushback from conservative Weld County commissioners to the state’s 2019 oil and gas reform law, with local leaders challenging state officials over land-use powers when it comes to siting and approving wells.

“Commissioners have more power to influence public policy within their counties than state legislators do,” he said. “It’s an offset to the total Democratic control at the state level.”

But Republican Commissioners for Colorado may already be off to a shaky start. After receiving a press release about its launch, The Denver Post couldn’t reach a representative of the group willing to speak on the record despite more than a dozen attempts by phone and email. The group is led by former state Sen. Kevin Grantham, now vying for a commissioner seat in Fremont County.

And the group’s new website address showed only an error message as of Friday afternoon.

Political analyst Eric Sondermann said Republican Commissioners for Colorado “seems a day late and probably a dollar short, given that ballots are going out in a month or less.”

He said the stated purpose of the group “is in keeping with what we’ve seen more and more out of both parties in recent cycles in targeting down-ballot races and forming fundraising committees expressly focused on them.”

Joe Jackson, spokesman for the Colorado Republican Party, said while the party is not officially affiliated with Republican Commissioners for Colorado, it is working on supporting GOP candidates “at every level.” To those declaring an early death to the Republican Party in Colorado in 2020, Jackson pointed to a poll released this week showing Republican Sen. Cory Gardner within 5 percentage points of Democratic challenger John Hickenlooper.