Colorado GOP dismisses concerns about fraud at its caucuses. But one leader calls it a whitewashed report. 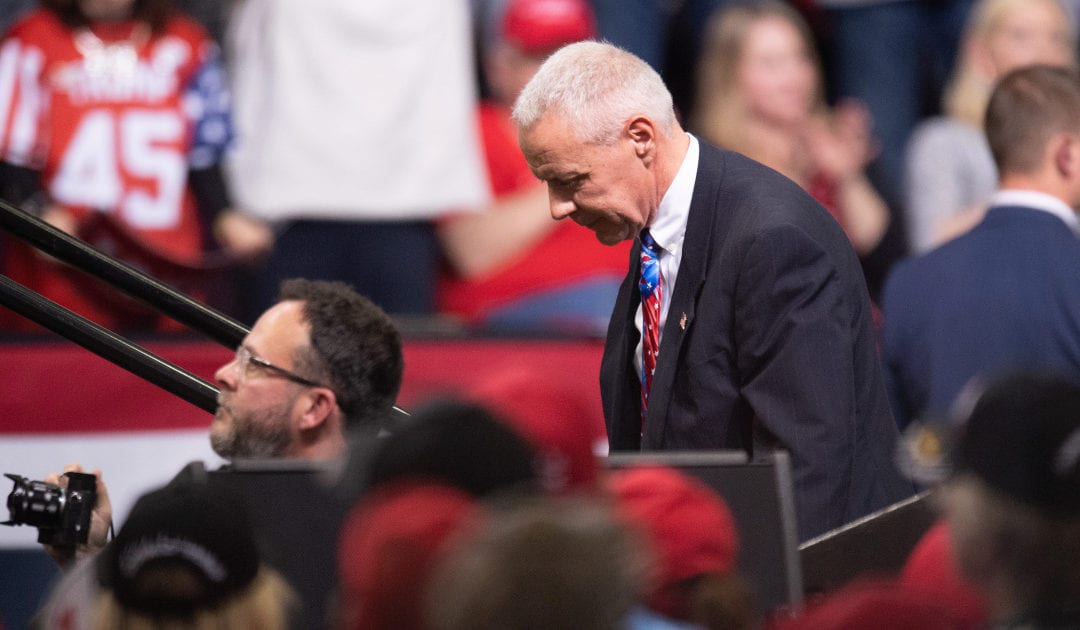 An internal Colorado Republican Party investigation released this week discovered a series of blunders with the 2020 caucuses conducted in Weld County, including the improper removal and addition of delegates in far more cases than previously known.

But the 14-page report, obtained by The Colorado Sun, concluded that the fraudulent moves did not warrant the criminal investigation requested by the Weld County GOP Chairman Will Sander. The special commission that conducted the investigation also scolded Sander for bringing the matter to the public’s attention in a news release.

“None of the participants intended to violate Colorado law, and none acted in a dishonest, corrupt or fraudulent way,” the report states. “To be sure, they made serious mistakes. But all believed that they were acting properly.”

In an interview Wednesday, Sander complained the investigation was rife with errors and “more critical of the whistleblower than those who committed election fraud.”

“All the things in here are made to basically whitewash or gloss over the actions that took place on caucus day,” he said. “And they, in my mind, were very serious things.”

The controversy, first detailed by The Sun, erupted soon after the March caucuses, the process in which the party selects delegates who get to decide which candidates make the ballot through the assembly process. Sander discovered discrepancies between the delegates’ names entered into the party’s online system and the actual ones elected and listed on paper records.

The party’s report revealed for the first time that delegates were wrongly added or removed in at least two other precincts, but the commission decided not to dig more deeply into the additional cases because they were outside the scope of its mission.

The investigation showing election problems within the party’s own process came the same week that the Republican-led Legislative Audit Committee held a hearing at the state Capitol to raise doubts about the 2020 election and President Donald Trump’s loss. The hearing concluded after eight hours without evidence of fraud.

The Weld County case drew attention because one of the delegates who was inappropriately added was Cody LeBlanc, a staffer in the congressional office of U.S. Rep. Ken Buck, who doubles as the state GOP chairman. The investigation cleared LeBlanc of wrongdoing because he didn’t attend the caucus and didn’t know he replaced an elected delegate.

The others involved made mistakes and violated the caucus rules, the investigation found. Evelyn Harlan, a precinct leader who changed the results in two instances, acted in consultation with other party officials. The report recommends better training but no action against those involved.

In Colorado, it is a misdemeanor charge to misreport delegates elected in the caucus process if done in a dishonest, corrupt or fraudulent manner. The allegations were referred to the Secretary of State and sent to the Attorney General Phil Weiser’s office to investigate in early May. The office began to investigate and its status remains unknown. A Weiser spokesman declined to comment on the matter Wednesday.

Investigation find more problems and dispute on the facts

The report released Tuesday details how Sander tried to handle the matter privately but reached a stalemate because of the divisiveness among the activists who run the Weld County GOP. He also asked the local party leaders involved to resign, but they refused. He referred the matter to the state for criminal investigation after consulting with the county sheriff and others.

Even though the report found Sander properly reversed the delegate changes, it rebuked him for issuing a “misleading” statement about the controversy to the media. “Party officials should endeavor to refrain from using the media to accuse one another of negligent, improper, or illegal conduct. It never ends well,” the report states.

In an interview, Sander said he is appalled that the investigation avoided looking into the actions of those involved. He believes the reason is because LeBlanc worked for Buck. The report “goes to say fraud wasn’t committed — well, fraud was committed,” Sander said.

Scott Gessler, the commission chairman and former secretary of state, applauded Sander for fixing the delegate discrepancy, calling his actions “diligent and conscientious,” and said he was intentionally targeted in the report.

Buck cleared in report by commission he created

The role of the state party chairman in the controversy remains disputed.

Sander said he asked for Buck’s help as party chairman in resolving the issue and asked him to help persuade those involved, including LeBlanc, to resign their party posts. But Buck referred the matter to his congressional office and didn’t involve the state party, the report states.

The commission, which Buck created, found he acted reasonably because he thought it was a personnel matter. Buck is considering whether to seek another term leading the party. Gessler is considering a bid to replace him.

Buck was not available to answer questions, a party spokesman said. It’s not clear why the report took so long to conclude and became public a month after the 2020 election.

In a statement, state GOP Executive Director Lx Fangonilo thanked the commission for “their work in officially clearing Chairman Buck of any wrongdoing. I look forward to putting this controversy behind us and moving forward as a united Republican Party.”

Not all of the questions for the Colorado GOP are finished. The caucus process in El Paso County also devolved into controversy earlier this year concerning which candidates should appear on the ballot in a state Senate race and Buck’s involvement, which was captured on a recorded phone call.

Buck’s comments on the call asking a party official to change election results led Democrats to file a complaint with the Colorado Supreme Court’s office of attorney regulation challenging whether he violated the terms of his law license. But the office cleared Buck of any wrongdoing at that level, according to a Nov. 25 letter provided by the party.