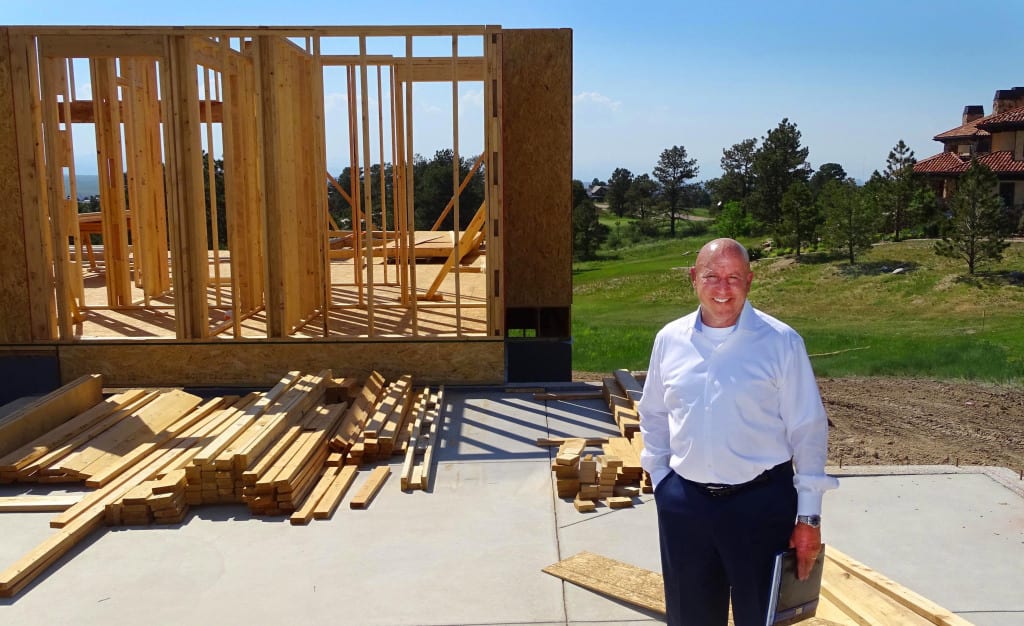 Bucking a post-pandemic trend, most of the buyers reaching for custom homes now on acreage sites at scenic Colorado Golf Club in Douglas County aren’t coming from California or from back east. Rather, they’re from right here.

“People who live in Denver understand the value of having a place that’s scenic and more secluded, but that’s still closer to town than typical acreage areas are,” says Jack O’Connor, broker/owner of The Denver 100 Real Estate, who is hosting a reception for you Saturday, June 19, at Colorado Golf Club’s lavishly appointed clubhouse.

“Denverites want out of the urban core as much as Californians do, but they also know that the sports, cultural, dining and entertainment attractions in Denver are very unique; and they still want to be close to those.”

Just 20 minutes from the Denver Tech Center, O’Connor will get you behind the 24-hour guarded gates to show you the view-swept course designed by the Ben Crenshaw and Bill Coore, that’s attracted some of the best tournament play to Colorado in recent decades.

That club and its custom homes are much closer to urban attractions than are other new custom areas with two and three-acre sites—just 15 minutes from Park Meadows, and 35 minutes either from downtown or from DIA.

O’Connor has sold around $30 million in real estate at Colorado Golf Club and now has some of the last remaining home sites that will ever be available at the club—as well as three custom homes now underway by Sterling Custom Homes, creator of the club’s newest and most innovative custom architecture.

“Sterling Custom Homes is the builder doing the most creative custom work on the Front Range,” says O’Connor. “They’re totally dominating the designs seen in acreage communities in Douglas and Jefferson Counties; and have given Colorado Golf Club a new, contemporary look that’s very popular with Colorado buyers now.”

One of those is just beginning construction at 8541 Catena Court—a main-floor master suite plan with a walkout, five bedrooms plus study, six baths, almost 6,000 square feet plus 4-car garage, that’s very close to the club’s grand clubhouse with a spectacular restaurant.

When Colorado Golf Club first emerged, buyers were almost exclusively golfers; but O’Connor says that’s changed—more buyers that don’t play but want social memberships in the spectacular club you’ll see Saturday, to use the resort pool and to entertain guests there.

The main-floor master is priced at $3.445 million, and a buyer that gets involved now can make some custom selections. O’Connor has a second Sterling home, a walkout ranch that shows one of the best views in the club, spanning from Pikes to Long’s Peak, at $3,487,500, set on a slightly longer timeframe.

To check-in for O’Connor’s clubhouse reception Saturday, June 19, 11-to-4, just ask for a map at the club’s entry gate.

The news and editorial staffs of The Denver Post had no role in this post’s preparation.