Colorado fourth-wave COVID hospitalizations: 3 out of 5 are under 60 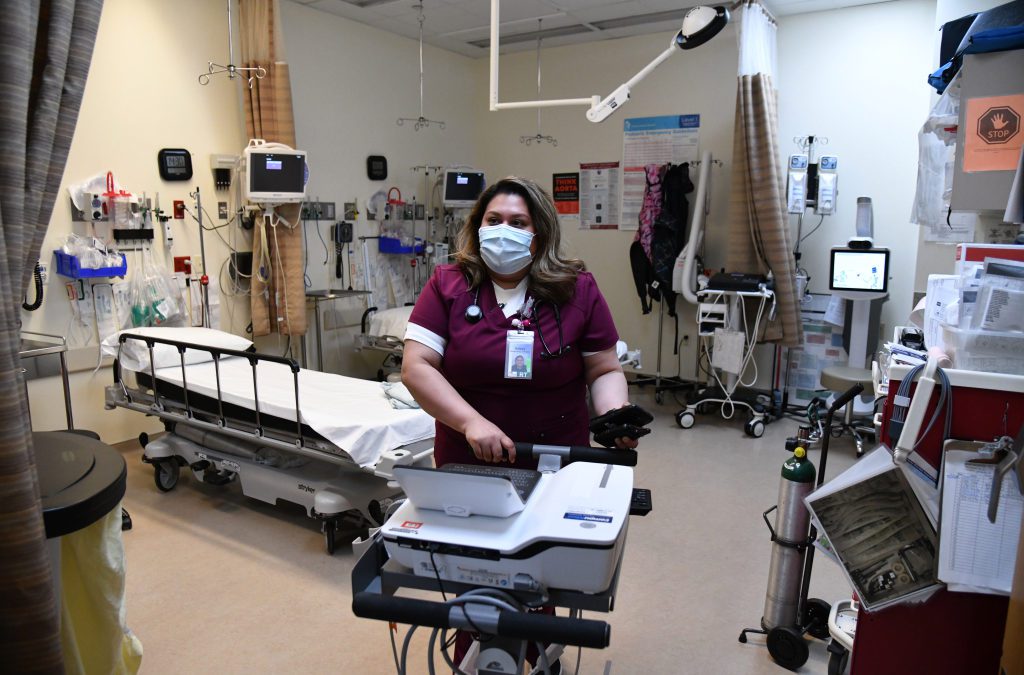 Three out of every five Coloradans hospitalized for COVID-19 since mid-March were younger than 60, with the vaccine protecting seniors and essentially flipping what the state’s hospitals saw during the virus’s deadly fall surge.

As of Friday afternoon, 627 people were hospitalized statewide with either confirmed or suspected COVID-19. The numbers had fluctuated earlier in the week, leading to hopes that the fourth wave might be peaking, but the overall trend is still upward.

Hospitalizations already have exceeded the July peak by more than 200, but are only about half what they were at the peak of the initial wave in April 2020.

Cases appear to be leveling out, at roughly twice their levels in July, but only about 29% of the November peak. If that trend continues, growth in hospitalizations also should moderate. The effects of loosening statewide restrictions won’t be apparent for at least another week, though.

Data from the Colorado Department of Public Health and Environment showed 2,822 people were hospitalized for COVID-19 between March 14 and Thursday, though the number may include some delayed reports from earlier illnesses.

Among those hospitalizations, people in late middle age accounted for the largest share:

Nothing magical happens at age 60 — the odds of becoming seriously ill from COVID-19 increase with every decade of life, and young people also have died from the virus.

As of Friday, a higher percentage of ventilators and intensive-care beds were in use across Colorado than during the summer peak. That’s not surprising, given that more people are hospitalized than were in July, but it shows that a group that skews younger still will include serious cases.

Still, a younger group of patients generally means fewer will need intensive care or will die from their symptoms. So far, deaths have remained roughly at summer levels, with about 30 patients lost to the virus weekly in late March and early April. The reporting of deaths to the state does lag, so it’s possible the numbers will rise.

Dr. Gary Winfield, chief medical officer for HealthOne’s Colorado hospitals, estimates a little less than half of the network’s current COVID-19 patients are under 60, which is higher than in the fall. Having a younger group may contribute to the shorter stays and lower mortality rate they’re seeing, but doctors also know much more about how to treat COVID-19 patients than they did a year ago, he said.

Winfield hesitates to call the current situation a fourth wave — as state officials including Gov. Jared Polis have — saying he has seen a manageable increase from a plateau in March.

HealthOne’s Colorado hospitals had 79 COVID-19 patients as of Thursday morning, compared to more than 300 at the peak in November, and the virus no longer dominates discussions about hospital operations the way it did a few months ago, he said.

Not every hospital is seeing the same pattern.

Dr. Richard Zane, chief innovation officer at UCHealth, said that their patient population hasn’t skewed younger in recent weeks. Hospitalizations haven’t risen as steeply as they did in previous waves, though, which could be because more people at high risk because of age or other health conditions have gotten the vaccine, he said.

Another factor is that hospitals are admitting fewer patients who are moderately ill than they did in April last year, because they’ve demonstrated that remote monitoring of patients’ oxygen levels and checking on their symptoms works well, Zane said.

Continuing to see hospitalizations in older people doesn’t mean that the vaccine isn’t working, but reflects that not everyone is fully protected, Zane said. At least as of Wednesday, UCHealth hadn’t admitted any patients who were two weeks out from their second vaccine dose, he said.

“If we did not have the vaccine, things would look very different,” he said.

As more people get vaccinated and the weather warms, new hospitalizations should decrease, though it’s likely some amount of “background” spread will continue indefinitely, Winfield said.

“I’m hopeful that we never see another real surge,” he said. “If that happens, that is a tremendous success.”

If hospitalizations do continue trending up, hospitals are in a better place to handle an increasing number of patients, Winfield said. Infections among employees “plummeted” after most were vaccinated, meaning that staffing shortages are far less likely to be an issue, he said.