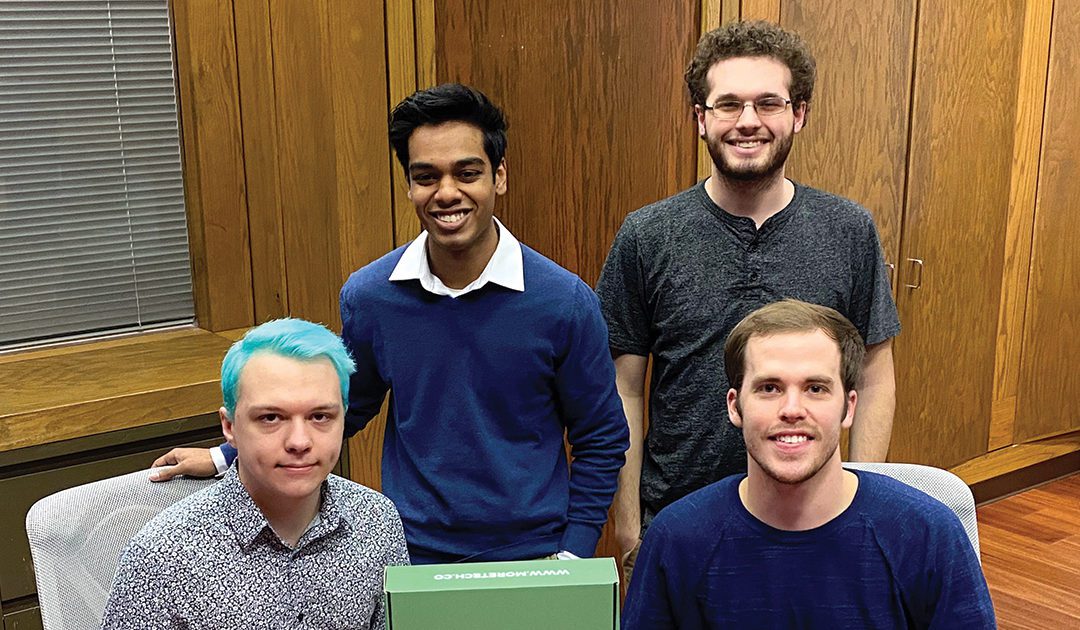 Sphero makes programmable robots and educational tools based in science, technology, engineering, arts and mathematics (STEAM). MORE Technologies, which was founded in 2018 by four University of Arkansas students, specialized in the sale of 3D printable robots.

MORE Technologies CEO Canon Reeves said talk on the deal developed after reaching out in July to Sphero CEO Paul Copioli about becoming an adviser for a federal grant. Reeves said he had often considered that MORE Technologies would join Sphero and was fortunate it happened so soon in the company’s history.

Following the deal, MORE Technologies’ co-founders Reeves, Peyton Smith, Rex Hearn and Kaushik Ramini have become employees of Sphero. Reeves and Ramini are mechanical engineers, Hearn is an electrical engineer and Smith is a product manager.

“We’re all current and recent college students,” Reeves said. “For us, it’s a really big deal, and we’re extremely excited. I don’t think we could’ve gotten through without all of the support from the entrepreneurial ecosystem in Northwest Arkansas.”

Reeves said their new roles will allow them to focus on their strengths. He will work on product parts design and development. Smith, who was chief operating officer for MORE Technologies, said he will work with the CEO to bring products to market, manage projects and ensure they launch on time.

Smith also said they will build on the platform of the MOREbot, which is no longer available. It will be redesigned and improved.

“Overall, a very similar idea,” Smith added. “We’re taking all the resources at Sphero and pouring gas on the fire.”

MORE Technologies was based at the UA Startup Village, and an agreement between the UA and Sphero will allow the founders to continue to work there for at least a year. They had been operating 12 3D printers to make the robot components. Its robots have been sold in more than 23 countries and 25 states.

“We are excited to bring MORE’s technology and patent on board at Sphero as we continue to innovate and bring new educational products to classrooms around the world,” Copioli said. “What the MORE team has created is truly phenomenal and will further add to our mission of inspiring the creators of tomorrow.”