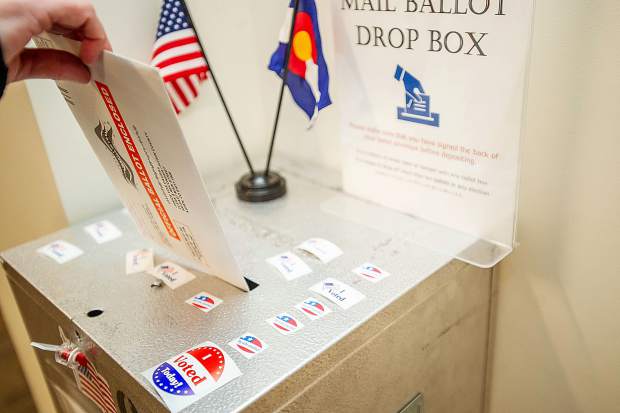 DENVER — Colorado is expanding its mail-in ballot tracking app so that all voters in the state can use it, Secretary of State Jena Griswold announced Monday.

Colorado voters in all 64 counties will be able to check the status of their mailed ballots for the 2020 election and receive notifications by phone, email or text. Enrollment is automatic for voters whose emails are registered the countries.

The statewide vote tracking system comes amid growing national concern over voter fraud and attempts to discredit mail-in voting systems like Colorado’s, which started in 2013. Colorado has more than 3.5 million active registered voters. The state’s inactive voters are people who have registered but mail sent to them was returned to the secretary of state’s office.

While 12 counties in the state had used this system in past elections, the Secretary of State expanded the BallotTrax program to the remaining 51 counties, except for Denver which has a similar system called BallotTrace.

Starting Monday, registered voters with their email addresses on file in counties that are adding the new system will receive notifications that they have been enrolled. For those who don’t receive auto-enrollment, voters can sign up online.

Trump over the weekend tweeted that the“Unsolicited Mail In Ballot Scam is a major threat to our Democracy, & the Democrats know it.”

Griswold responded that “voting by mail is the safest way to vote during a pandemic and in 2016 you encouraged your supporters to vote their mail ballots in Colorado, where we mail a ballot to every registered voter.”

She has criticized DeJoy over Postal Service changes that slowed processing and delivery.

Colorado has also joined a multi-state lawsuit asking a federal judge to undo Postal Service cuts, saying the integrity of the upcoming election is at stake.