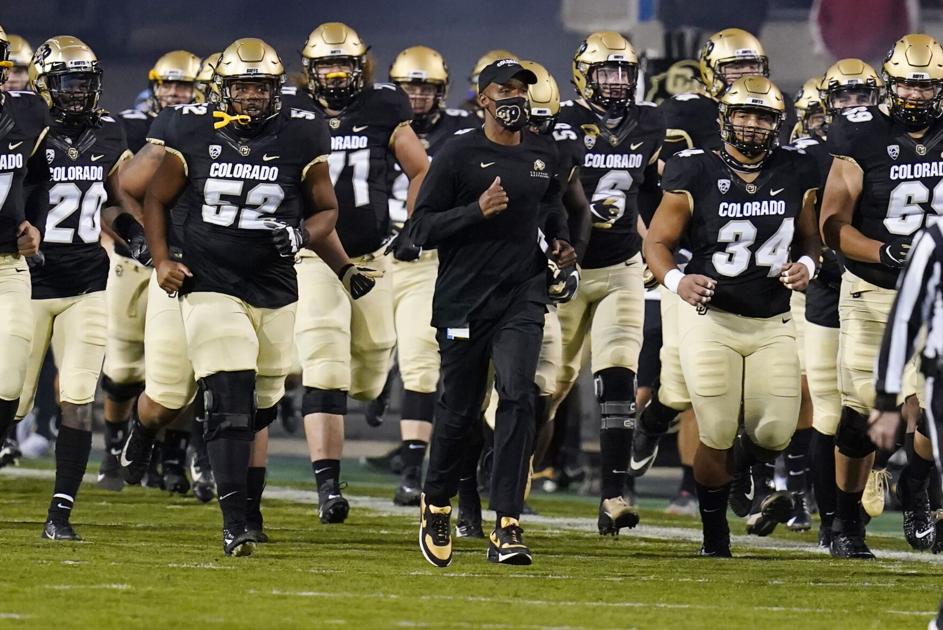 A trip to San Antonio to renew a Big 12 rivalry is Colorado’s reward for surviving and thriving in a delayed and shortened season.

Colorado (4-1) and No. 20 Texas (6-3) were paired in the Valero Alamo Bowl on Sunday with the game scheduled to be played at 7 p.m. Dec. 29 on ESPN. Texas played in the Alamo Bowl last year, beating Utah. The Buffaloes were featured in the 2016 Alamo Bowl, the program’s last postseason appearance. The Longhorns and Buffaloes last played in 2009, when both were members of the Big 12.

“I’m really am honored to honor these young men with this opportunity to play in the postseason just because they worked so hard in such a short period of time and had some positive success throughout the season,” Colorado coach Karl Dorrell said. “We’re hoping to continue to build on that going into the ‘21 year.”

Texas last played Dec. 5, a 69-31 win at Kansas State. The Longhorns started 2-0 before consecutive losses to TCU and Oklahoma, a four-overtime thriller. Tom Herman’s squad bounced back with three straight wins, including a 41-34 overtime victory over then-No. 6 Oklahoma State. A three-point loss to Iowa State preceded the Kansas State win. Texas will be Colorado’s first ranked opponent this season.

The Longhorns are led by quarterback Sam Ehlinger, who passed for 2,406 yards and 25 touchdowns — with just five interceptions — and Bijan Robinson, a freshman running back who has 520 rushing yards and three touchdowns.

“I know we will definitely have our hands full,” Texas coach Tom Herman said. “I’ve got a ton of respect for coach Dorrell and his program and what they’ve been able to do on the field this year. I know it will be a heck of a game and a heck of an experience for our young men.”

For Jarek Broussard — Colorado’s leading rusher with 813 yards and three touchdowns — and 21 of his Buffaloes teammates, the bowl game will serve as a trip to their home state. Even better for Broussard, Dorrell and the Buffaloes, is the Alamo Bowl’s plan to allow a limited number of fans to attend.

“I don’t want to understate just the importance of playing in a bowl game and having your family members be able to watch,” Dorrell said. “Our whole season was no fans on the West Coast. … This is going to be a reward, not only for our players but also for the families that haven’t had a chance to watch their sons play and be involved in it. I think it’s a great reward for everyone.”

While teams across the country have declined bowl berths after hectic seasons full of COVID-19 tests and canceled games, Dorrell said his team wanted to play after its Dec. 19 game against Oregon was called off so the Ducks could fill Washington’s spot in the Pac-12 Championship. Plus, the trip to San Antonio will serve as the first bowl game for most players on the Colorado roster, something Colorado’s first-year coach wants to be a more regular occurrence.

“We feel like the program is on the rise. We feel like we’ve got the right people in place, we’ve got a good group of young players that are hungry about really raising the level of our program to where it’s been,” Dorrell said.

“It starts with a bowl game this year and hopefully we’ll be in better things in years to come.”