Colorado distilleries making hand sanitizer, giving it away for free 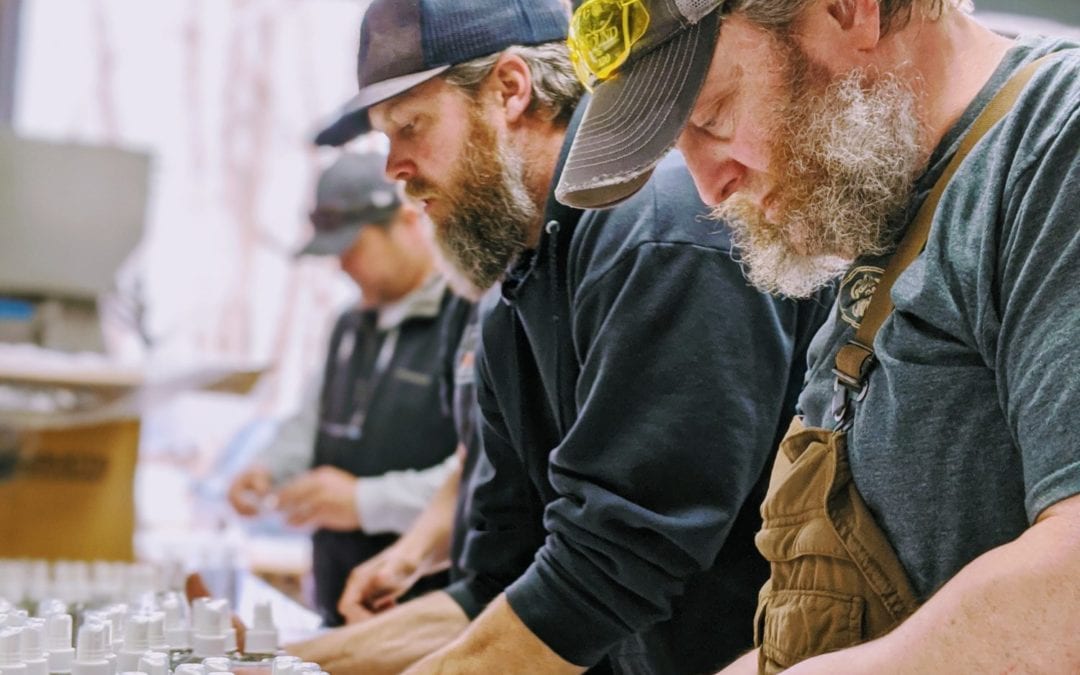 But, as with many things in the world we now live in thanks to coronavirus, it quickly became a reality. On Tuesday, after receiving a special shipment of glycerin and hydrogen peroxide and following a World Health Organization recipe, Spirit Hound made a 48-gallon batch of 80-percent alcohol hand sanitizer.

“Within two hours, we filled 1,000 four-ounce bottles and a bunch of gallon jugs and we are giving them out,” said Craig Engelhorn, Spirit Hound’s head distiller.

Distillers across the country are making hand sanitizer during this unprecedented time, when stores are sold out and people are stockpiling, then reselling, the valuable product online for huge markups.

The legality of the situation is still murky, since distillers must follow strict rules governing beverage alcohol products set by the Alcohol and Tobacco Tax and Trade Bureau, an arm of the U.S. Department of the Treasury. Colorado distillers are working with elected officials and the Colorado Distillers Guild to gain clarity on the issue.

“This is all still developing and we will see many more distilleries jumping on board with the production of hand sanitizer, however, we are waiting on clear guidance,” said Meagan Miller, board president for the Colorado Distillers Guild and co-founder of Talnua Distillery & Tasting Room in Arvada.

In the meantime, Engelhorn and others have decided to take their chances in this time of crisis.

To make its hand sanitizer, Spirit Hound is using a 191.8-proof, 100 percent ethyl alcohol grain-neutral spirit made from corn that could just as easily be made into gin (but don’t get any funny ideas about drinking it, Engelhorn says). Green Goo, a Lyons skin and body care company, donated the four-ounce spray bottles.

So far, Spirit Hound has donated its hand sanitizer to the Lyons Fire Protection District, local businesses and a Lyons home healthcare nurse, who passed some along to healthcare nonprofits. Bottles are also available at the tasting room for a suggested donation of $5.

Engelhorn says he’s motivated, in part, by the community’s generous support of the distillery after the floods of September 2013, when Spirit Hound was just 10 months old. The distillery tried to do its part, too, selling a special “flood rum” and donating part of the sale proceeds to the fire district.

“We have a little disaster history,” he says. “We’ve been through it and we’ve been on both ends of it in terms of giving and receiving.”

Down the road in Boulder, the situation unfolded just as quickly at J&L Distilling. On Saturday, co-founder Seth Johnson emailed his subscriber list to gauge interest in a hand sanitizer workshop.

The next day, 50 people showed up at the distillery to learn how to make hand sanitizer and take a bottle home afterward (Johnson is also following World Health Organization guidelines).

Since then, Johnson has delivered some to the Boulder Fire Department and to two organizations specializing in senior care.

Like many small business owners, Johnson is worried about the distillery’s financial future. But he’s forging ahead anyway.

“There’s a need in the community and I’m uniquely positioned to fill it,” he said. “Who else is going to do it? You can’t get it at the grocery store and it’s something I can do to feel useful. It’s hard to feel useful when all this is going on.”