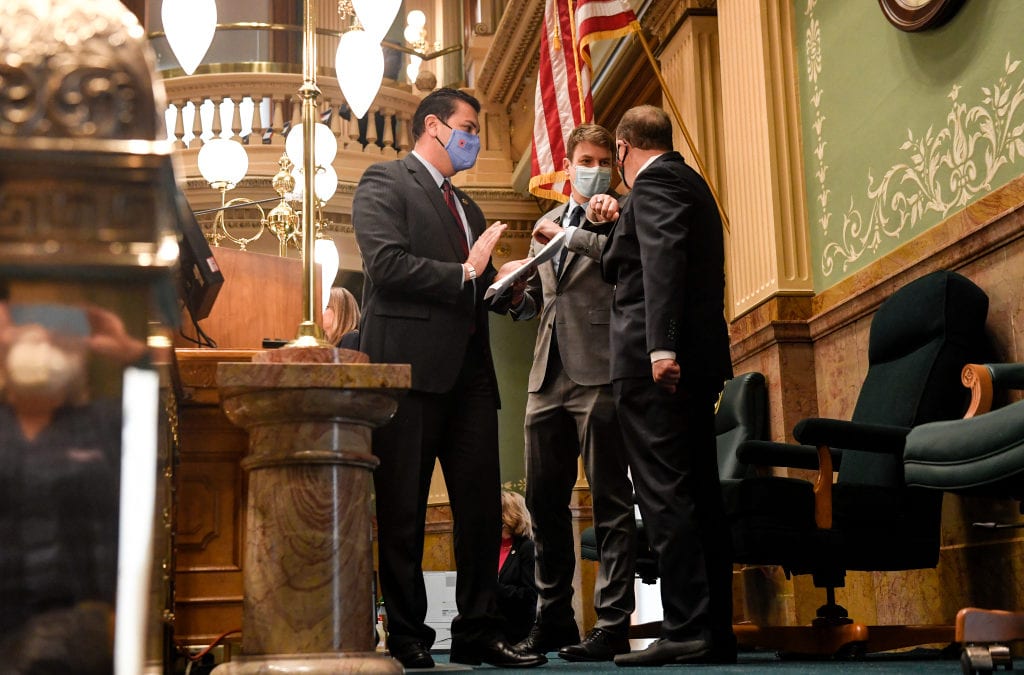 Before the start of the 2021 legislative session, I wrote a column asking, “Will Colorado Democrats be as bold as they need to be to meet the moment?” The pandemic was leveling out, frontline workers were getting vaccinated, but COVID-19 exposed deep, structural inequities in every societal system we had in place. So, what did Democrats do about it?

Not only did the Democratic majorities in the legislature score big points on a huge list of agenda items, but they did some of it while working with their colleagues across the aisle. Lawmakers passed 503 bills this year, and 94% of them came with bipartisan support.

And for those major bills that didn’t have significant bipartisan support Democrats led the way; some Republicans even chose to follow.

Democrats, and a few Republicans in the House, voted to cap the price of insulin and set limits on the price of other prescriptions.

Democratic lawmakers passed a big health care bill on their own that will save Coloradans 15% on premiums. Democrats also eliminated $375 million dollars in tax breaks without Republican support and used that revenue to cut taxes for Colorado small businesses and families.

And they even passed nation-leading policies on climate change, criminal justice, housing and gun safety while crafting a $5.4 billion dollar transportation funding bill that had languished for at least a decade.

Colorado Democrats promised big things and, contrary to what most people generally believe about their elected representatives, actually delivered on them.

Republicans have been pretty quiet since the end of the legislative session.

The repetitious cries of “overreach!” from the Republican minorities of sessions past were barely a peep this year. Some House Republicans took it upon themselves to trot out the same old tired filibustering theatrics of prior sessions, prompting yet another seemingly annual grip of articles from Capitol reporters wondering out loud, “How will they get all the work done?”

But in the end, the GOP’s partisan pleas never escaped the red marble and gold dome of the Capitol building. There were no remotely serious recall attempts filed against any Democrats, no noisy protests or rallies against what the majority was doing. There weren’t even any mid-level  grifting operations being run to gin up outrage and beg angry partisans to “donate now to stop the socialist takeover of Colorado!”

There was only the swish of Gov. Jared Polis’ pen approving the most ambitious agenda in modern Colorado history.

There were a few House Republicans who insisted on making national news with ahistorical and racist comments. One Republican threatened to literally break the neck of his caucus leader. The grand finale for Republicans came an hour after the legislative session formally concluded — a very sad coup attempt in the House Republican caucus, which Minority Leader Hugh McKean survived on a vote of 15-8. So, instead of finding a way to get back into power, Colorado Republicans spent the last day of the session trying and failing to tear themselves apart.

This leaves Republicans to hope that some of the big things Democrats got done this year, even those with bipartisan support, will somehow backfire and get them into trouble with voters. In 2022, the GOP will likely spend a few million bucks going after Democrats on the fees included in a much-needed transportation plan. They might try to relabel the closure of tax loopholes as tax hikes, or more likely, they’ll try and create a race-based boogeyman about Democrats being soft on crime.

There’s no indication this approach will work. Colorado Democrats and their agenda remain popular in every survey out there. There isn’t even a single middle-tier opponent filed to run against U.S. Sen. Michael Bennet, Gov. Polis, or any other of our statewide constitutional office holders (Secretary of State Jena Griswold, Attorney General Phil Weiser, and Treasurer Dave Young). The GOP bench in Colorado has been torched in the last three cycles, and if the 2018 or 2020 elections are any indication, the smart Republicans are finding ways to work with Democrats — not funding campaigns or running against them.

Colorado Democrats needed to go big this session, and they did. Republicans needed to show that they had some good ideas of their own, but most of them couldn’t seem to stop fighting amongst themselves long enough to come up with any.

In legislative politics, there is a perception that politicians must choose between getting things done and risking losing an election or slowing down to hold on to power. From the results of the last two elections and this legislative session, Democrats are looking to prove that to be a false choice in the minds of Colorado voters. We’ll know if they were right or wrong in 2022.

Ian Silverii is the founder of The Bighorn Company, a dad, a husband, and the former director of ProgressNow Colorado. Follow him on Twitter @iansilverii.