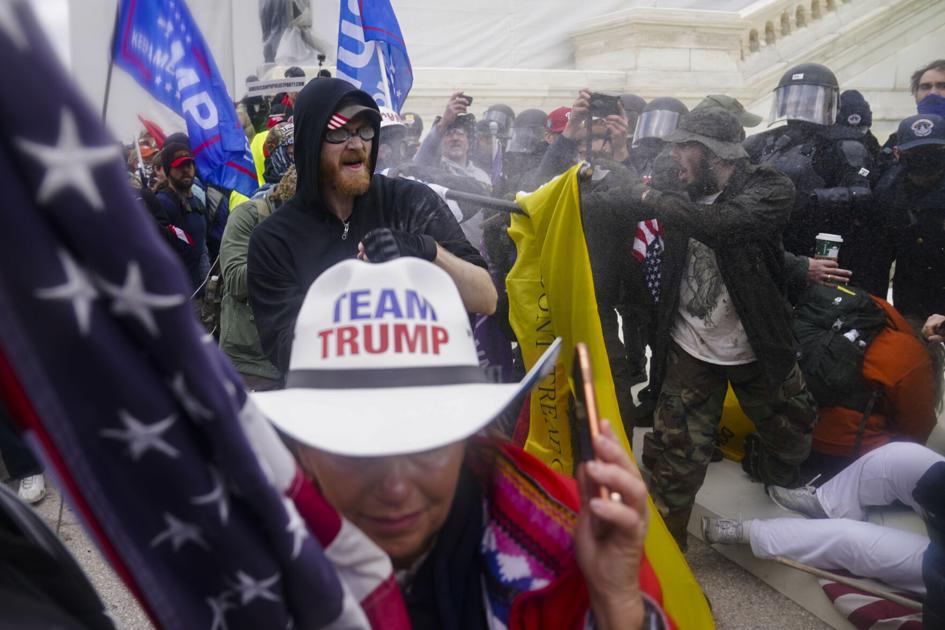 Colorado’s senior senator and every Democratic member of the state’s House delegation on Thursday called for President Donald Trump to be removed from office before his term ends in two weeks, following Wednesday’s deadly attack on the U.S. Capitol while Congress certified Joe Biden’s election win.

Amid mounting pressure from national Democrats and some Republicans to force Trump from office, the Colorado Democrats said they want Vice President Mike Pence to invoke the 25th Amendment, which would allow the Cabinet to remove the president.

Biden and Vice President-elect Kamala Harris will be inaugurated and take office on Jan. 20.

“I believe the president is unfit for office and the administration should invoke the 25th Amendment,” U.S. Sen. Michael Bennet, who voted to convict and remove Trump from office almost a year ago at the conclusion of his Senate impeachment trial, told Colorado Politics.

“For the sake of our republic, the 25th Amendment must be invoked,” U.S. Rep. Joe Neguse, a member of the House Judiciary Committee, said in a tweet, later adding: “If the vice president and the Cabinet are unwilling to perform their constitutional duty under the 25th Amendment, then the Congress must perform ours and pursue impeachment.”

U.S. Rep. Jason Crow, one of the managers who prosecuted impeachment charges against Trump last January, tweeted: “We have known for a long time that Donald Trump is violent and unstable. After what happened yesterday, 13 days is too long. He needs to be removed from office — whether it be invoking the 25th Amendment or impeachment. We must protect our democracy.”

Impeaching Trump a second time would be both unprecedented and risky, since removing the president would require more than a dozen Republican senators to defect, but the move would disqualify Trump from holding federal office in the future.

The 25th Amendment outlines a procedure allowing the vice president and a majority of the Cabinet to remove Trump by determining the president is unable to “discharge the powers and duties of his office.” The provision has never been invoked.

U.S. Rep. Diana DeGette called late Wednesday for Trump to be “impeached and removed from office immediately,” saying the president “instigated a violent attack on our Capitol” and was “a danger to our country.”

A spokeswoman told Colorado Politics on Thursday afternoon that the Denver Democrat has signed on to articles of impeachment being circulated by House Judiciary Committee member U.S Rep. David Cicilline of Rhode Island but supports “any effort” to remove Trump from office.

“I have long supported removing President Trump from office,” U.S. Rep. Ed Perlmutter said in a statement to Colorado Politics. “He is clearly unfit to carry out his duties, has failed to uphold his oath of office, and has incited violence since before taking office.

“While the focus must remain on Jan. 20 and the beginning of the Biden-Harris Administration, the 25th Amendment is the only way to remove Trump from office immediately, which is why I’m calling on Vice President Pence and the Cabinet to invoke the 25th Amendment today. This will ensure the peaceful transition of power to the new administration and turn the corner on this chaotic, unlawful and dangerous presidency.”

Each of Colorado’s House Democrats voted to impeach Trump in December 2019.

U.S. Rep. Ken Buck, a Windsor Republican and chairman of the Colorado GOP, told Colorado Politics through a spokeswoman that he opposes removing Trump via the 25th Amendment, maintaining it would set a bad precedent.

The other two Republican members of Colorado’s delegation — U.S. Reps. Doug Lamborn and Lauren Boebert — are staunch Trump allies and didn’t respond to requests for comment.

Also on Thursday, Senate Minority Leader Chuck Schumer and House Speaker Nancy Pelosi called on Pence and members of Trump’s Cabinet to remove him from office using the 25th Amendment. Both also said they back starting impeachment proceedings if the vice president and Cabinet officials don’t act immediately.