Colorado Democrats’ health care bill seeks to reduce insurance premiums. No one is sure exactly how. 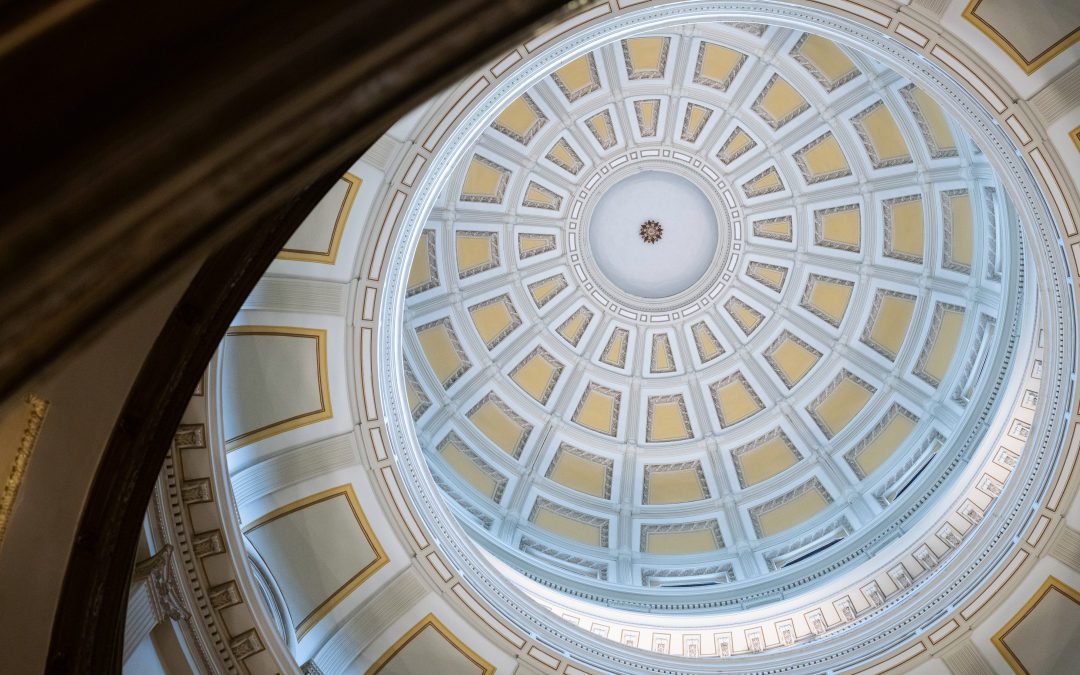 Colorado Democrats’ big-swing effort at reforming the state’s health care industry squeaked through its toughest test yet on Wednesday.

In the 4-3 party-line vote to clear the Senate Health and Human Services Committee, only one Democrat on the committee gave full-throated support to House Bill 1232, which seeks to reduce insurance premiums for a subset of Coloradans. The other three yes votes were reluctant ones, with Sens. Janet Buckner, Joann Ginal and Rhonda Fields all expressing concerns but agreeing to move the bill along while its supporters continue to work on it.

“I’m not even sure what to say because this has been a difficult bill to keep up with because we’ve made a lot of changes,” said Buckner, a Democrat from Aurora. “I still feel like we have a lot of work to do.”

The bill would require the state to create a standard health insurance plan that companies would be required to offer at rates eventually 18% less than the plans they currently offer. If the 18% price reduction targets aren’t met by 2025, the state could dictate prices that hospitals and doctors charge to patients covered by the standard plan. The bill would require hospitals and doctors to accept the plan, resulting in fines and possible sanction on their licenses if they do not.

The goal is to make coverage cheaper for several hundred thousand Coloradans and also to chip away at Democrats’ long-held goal of reducing the underlying costs of health care.

It is the proposal’s punitive aspects that upset Fields, the committee’s chair. She contrasted the proposal’s threats of punishment with the praise doctors and hospitals have received for their work during the coronavirus pandemic.

“What this bill does, it changes the course of how doctors are going to do business,” Fields, D-Aurora, said. “And I don’t clearly understand what impact that’s going to have long term.”

Wrapped up in that concern is another question: If insurers are supposed to reduce their premium prices by 18%, where is that savings going to come from?

To answer that, it helps to understand how insurance rates are put together.

Get to know the MLR

House Bill 1232 only applies to insurance sold in the small group and individual markets. These are where, respectively, small companies and people who don’t have insurance through an employer shop for coverage.

These markets also have a unique feature: The federal government requires that companies selling plans in them spend a certain percentage of premium dollars on medical claims. This is the medical loss ratio, or MLR. In this instance it works as a profit cap.

For both the individual and small group markets, the required MLR is at least 80%, as set by the Affordable Care Act. That means companies in those markets must spend at least 80 cents of every premium dollar they take in on their members’ medical expenses. If they spend less than that, they have to provide rebates. The remaining 20 cents can go to anything else — administrative expenses, certain taxes and fees, or profits.

So, if insurers are to chip in cuts from their budgets to meet House Bill 1232’s goals, those cuts will have to come within that 20% of the premium dollar.

The Colorado Sun analyzed rate filings for all nine companies selling coverage on the individual market this year in the state. Kaiser Permanente had the lowest profit margin built into its rates — around 2%. Friday Health Plans had the highest, around 4% for most of its plans, according to its filings. The rest were somewhere in the 3% range.

The percent of the premium dollar that goes toward taxes and fees is also pretty small. So that leaves administrative expenses. And that’s where advocates believe insurance companies can find some savings.

“I think a lot gets lumped into that administration bucket and there may be some efficiencies that can be achieved,” said Adam Fox, the deputy director of the Colorado Consumer Health Initiative, one of the main proponents of House Bill 1232.

Administrative expenses encompass salaries and commissions, marketing and lobbying costs, and any number of other expenses. Upset about how much a CEO is making? This is likely where that expense is recorded.

In The Sun’s analysis of rate filings in the individual market for 2021, administrative costs made up around 10 to 15 cents per dollar of premium.

The chart below, taken from a report by the state Division of Insurance, provides a breakdown of administrative expenses by all carriers in the state in 2019, not just those in the individual or small group markets. But it gives a good overview of how things get allotted. Salaries and commissions are a big chunk of administrative costs.

For their part, insurers argue that reducing administrative expenses could cut into customer service and programs designed to help the people they cover live healthier lives or better manage their health care costs.

Given that the biggest chunk of the premium goes to paying for medical expenses, the most likely way to reduce premiums by 18% is to cut how much insurers have to pay to hospitals and doctors.

For proponents, this is the exact point of pursuing this type of policy with muscular government authority to set health care prices. It’s not about tweaking insurance policy. It’s about getting at why health insurance — and health care — costs so much.

Because hospital prices make up such a large share of expenses, reducing them has been the biggest focus of the fight over House Bill 1232.

“There is a chunk of savings that can be achieved in the hospital space,” Fox said. “And that’s an important component.”

Taken as a group, Colorado hospitals had been some of the most profitable in the nation prior to the pandemic. A report produced in conjunction with the state Department of Health Care Policy and Financing and released earlier this year, found that Colorado hospitals had an aggregate 15.6% profit margin in 2018, the highest in the country.

Comprehensive data on how the state’s hospitals fared in 2020 is not yet available.

Hospitals had predicted billions of dollars of losses in 2020 based on canceled elective procedures and patients not showing up for care. But hospitals received funding from the federal government to help cover those losses and some also saw huge gains in their investments. The for-profit hospital chain HCA Healthcare, which operates hospitals in Colorado under the HealthONE banner, reported that its profit grew nationwide to $3.8 billion in 2020.

“What I’ve seen so far is that the large hospital systems for the most part are reporting in most cases that they have maintained their profitability from previous years,” said Allan Baumgarten, a Minnesota-based health care consultant who produces every-other-year reports on Colorado hospitals’ financials.

But the state’s hospital leaders argue that they can’t shoulder all the burden for reducing insurance premiums.

“It can’t be 100% on us,” said Katherine Mulready, the chief strategy officer for the Colorado Hospital Association. “The math just doesn’t work.”

Hospital cuts go further with some insurers than others

Part of the problem with leaning just on hospitals to make the cuts is that some insurers don’t spend as much on them as others.

For Anthem, 54% of medical expenses in 2019 came from inpatient or outpatient hospital bills. For Kaiser, it was 41%.

The reason for the difference is that Kaiser directs more of its members’ care to doctors at Kaiser clinics, rather than in hospitals. The percentage of Kaiser’s medical expenses due to visits to doctors’ clinics and other non-hospital settings was 44% in 2019, according to the company’s rate filings. For Anthem, it was 23%.

This is why advocates for insurance companies say there will be no single formula to meet the 18% cuts. Some will have to negotiate tougher deals with hospitals. Others will need to find savings by getting better deals from independent doctors. (The bill doesn’t address pharmaceutical costs — though another bill this legislative session does — but insurers could try to negotiate there, too.)

“It will depend on the carrier,” said Amanda Massey, the executive director of the Colorado Association of Health Plans, an insurance company trade group. “It’s going to be extremely difficult.”

Ultimately, no one is really sure

There is one thing on which hospitals, insurance companies and even supporters of House Bill 1232 agree: They don’t know exactly how this is all going to work.

The standard plan that insurance companies have to offer hasn’t yet been drawn up. It’s not clear what it will cover or what insurers will have to pay for without requiring a deductible.

“We are being asked to reduce costs over three years — 18% — on a plan that doesn’t yet exist and is likely to have more benefits,” Massey said.

Hospitals say they can’t yet determine how much they would get paid if the state begins setting their prices. Dr. Sami Diab, the president of the Colorado Medical Society, which represents doctors, says it’s unclear whether the proposal “would actually harm our ability to provide high-value, innovative care.”

To supporters of House Bill 1232, this uncertainty is a key feature of the proposal. Fox, with the Colorado Consumer Health Initiative, said it provides insurance companies and medical providers the flexibility to reduce costs in a way that works for them.

In other words, it’s on the health care industry to figure it out.

“The spirit of this bill,” said state Sen. Kerry Donovan, a Vail Democrat who is one of the bill’s prime sponsors, “is to ask everyone to come to the table to work on decreasing cost and increasing access.”