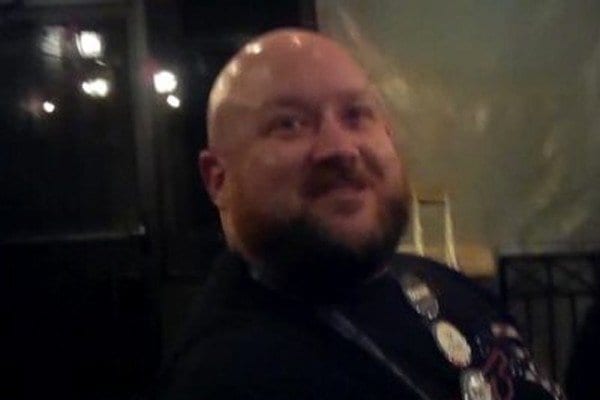 COLORADO — Project Veritas released a disturbing undercover video on Oct. 13 of an executive committee member of the Colorado Democratic Party discussing violent revolutionary plans for the nation if President Trump is re-elected.

Kristopher Jacks, a member of the Colorado Democrat Party Executive and Central Committees was caught on tape explaining the violent lengths he was willing to go to achieve his agenda.https://t.co/GhpECZ1WHW

The video was recorded earlier this year, beginning in January.

Kristopher Jacks, chair of the group Our Revolution, and a member of the executive committee of the Colorado Democratic Party, was caught on a hidden camera and microphone saying that he would do “everything morally acceptable” to prevent Trump’s re-election this year, including lying, cheating, stealing and killing people in the style of the French Revolution:

You gotta get people that are close to billionaires and start just, random billionaires start turning up dead. And nobody knows what the f**k is going on. Nobody knows.

“That’s the only way that’s, you do that to three or four people enough to say that this is a pattern, and this is why – draw a dollar sign on their desk or whatever you do, that’s what it’s going to take. It’s going to take a strategic hit against the .1% that’s in charge, cause that’s who it is. Killing random Nazis in the street, random f**king bootlickers.”

What is he trying to hide from? Video is forever. #ArmedRevolution pic.twitter.com/QnmqHdrJ8o

Jacks mentioned Jeff Bezos, founder and CEO of Amazon, as a potential billionaire target to assassinate:

“Doesn’t matter who … I mean Bezos is at the top of the list.”

Jacks also specified what weapons would be used to bring about the leftist revolution:

“But they ain’t stabbing motherf**kers like they used to. They don’t have to though cause they used to stab people. See? And that’s all we gotta say.

“Guillotines motherf**ker. That’s all we gotta say. Option A, what I’m proposing. Option two, slicey bois. What are your choices? Which one do you want?”

When the undercover reporter questioned the use of guillotines, Jacks replied:

Victims would include Republicans, conservatives and even moderate Democrats. Jacks explained the struggle:

“Half of the struggle that I have isn’t with Republicans, it isn’t with the right-wing. It’s with f**king moderates in the Democratic Party. All these people are just scared of Trump. ‘Oh my God. I’m so scared. I got to do something.’”

Jacks also calls Democrats “the world’s biggest pussies who fold all the time.”

What relationship do you have with violent communist revolutionary Kristopher Jacks?

Jacks also noted that he believed that Joe Biden was controllable and would cooperate with the revolution:

“Joe Biden is presumably left-wing, and he’s got a functioning signing hand. As long as there is progressive legislation that comes across his desk, I am confident we can occupy his house. We know where he’ll live, and yeah, he wants to veto Medicare for all, let him veto it! He’s never leaving that house again without protests.”

In addition, it appeared Jacks deleted a LinkedIn account as well.

It looks like Kristopher Jacks, the Antifa militant who was promising political violence in the undercover Project Veritas expose of Antifa deleted his LinkedIn account following the video’s publication. It appears he works for @CenturyLink. https://t.co/aslMQT38cM pic.twitter.com/OgxjN0FL43

His employer, CenturyLink, tweeted on Oct. 13 it suspended an employee and also contacted law enforcement agencies.

In the video, Jacks refers to the John Brown Gun Club, a leftist group whose namesake was the violent abolitionist John Brown. If Trump wins the election, Jacks explains the plan:

“I’m gonna be in my garage right next to my gun safe all night long Nov. 3 because that is how seriously I take this stuff. No, it’s incredibly scary, and like I said, there is, you know, there’s going to be like at that point, you know, that’s when we gotta find like the John Brown Gun society people.”

The gun club is connected with the national Redneck Revolt network, which is associated with Antifa. The Columbia Daily Tribune reported that the national network is dedicated to combating fascist and racist ideologies and that the term “redneck” refers to striking mine workers in previous centuries:

“The ‘redneck’ in Redneck Revolt doesn’t refer to country hicks, but instead to the red neckerchiefs striking mine workers wore in labor battles at the end of the 19th and beginning of the 20th centuries, according to network literature. The network claims more than 45 branches in more than 30 states.”

On Redneck Revolt’s website, the group’s principles are stated:

“The history of the working class is one full of resistance, collectively and individually, against the rich elite that hold power over all of our lives. From massive armed uprisings like the Battle of Blair Mountain in 1921, to the resistance to coal mining in predominately white rural Appalachia today, working people have united across racial and cultural differences to take back their power from the wealthy landowners, politicians, and bosses that have always upheld predatory economic, political, and social systems.

“The history of the white working class is also one filled with collaboration with those same rich elite power holders. White working people have played the role of foot soldiers for the political and economic elite, participating in genocide and the enslavement of other peoples, and overall protectors of the ruling class. White working class participation in state and paramilitary organizations and formations like the Ku Klux Klan, the Minutemen, the U.S. Armed Forces, and the Council of Conservative Citizens has undermined the struggle for freedom among all people.

“It is with these conflicting histories in mind that Redneck Revolt hopes to incite a movement amongst working people that works toward the total liberation of all working people, regardless of skin color, religious background, sexual orientation, gender, country of birth, or any other division that bosses and politicians have used to fragment movements for social, political, and economic freedom.”

The group then lists it stands against white supremacy, the nation-state and its forces that protect bosses and the rich, capitalism, the wealthy and patriarchy. The group also states it believes in the need for revolution and the right of militant resistance:

“Redneck Revolt believes that there will have to be a complete restructuring of society to provide for the survival and liberty of all people. We will fight for the end of predatory exploitation of our communities, and the creation of a world where no one is without food, shelter, water, or any other means of survival.

“We believe in a future without tyranny, and the political and social control of a small segment of society over the rest of us. We believe that the working class can unite across racial and cultural backgrounds and find we are much stronger with diverse perspectives. We believe in liberty. We believe in equity. We believe in the self-determination of our own futures.”

Jacks is captured on video speaking about justified violence:

“But when I look at, when I look at everything, I mean again, I believe there is absolutely justified violence in all sorts of circumstances.

“I do think there needs to be a militant group, and I love Antifa for that reason. I love that there’s, you always have to have somebody that’s willing to hold up the flag and say ‘nope, this is the line in the sand and we’re the ones holding that line.’”

“Antifa’s great man. I, I think if you’re, I think it, when you got Charlottesville dude, when you’ve got people marching in the street, running people over and shit like that, you got people firing guns, trying to provoke shit, yeah even people there that are willing to stand between them and ordinary people.”

“Martin Luther King wouldn’t have been as successful if it wasn’t for Malcolm X, and you know Nation of Islam, Black Panthers, all of them doing their thing too.”

Towards the end of the video, Jacks talks about dropping off billionaires and other wealthy people, including Obama, at an island, which he calls Greed Island:

“If I had my druthers, if I were Supreme Emperor, I would, I would absolutely, absolutely exile them, find a nice place for them to be exiled to. All the billionaires. One island. Just drop them. Helicopter lands, drops them from not too far off the beach. Just enough so it will hurt. Not enough so it’ll break anything. And you just leave.

“Imagine that show. Bezos and Gates and Obama. All those motherf**kers. Everybody you wanna exile. W. [George Bush], Cheney, with nothing, just ‘Lord of the Flies.’ All the evil motherf**kers on an island. It’s the best show you’ve ever seen man.”