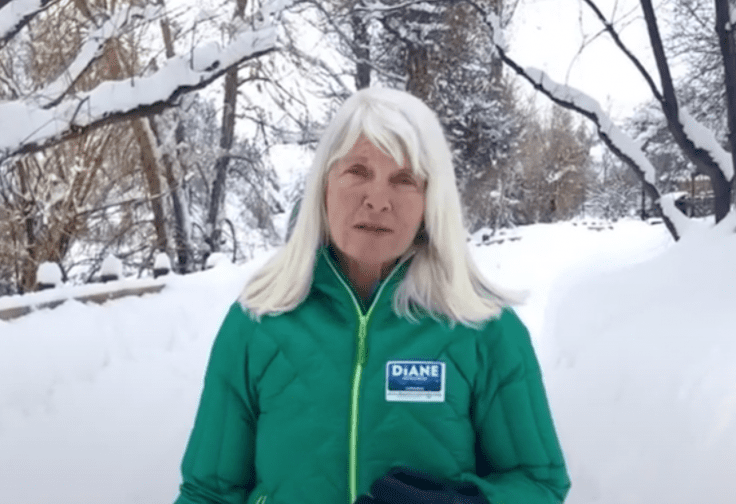 Colorado Democrat Diane Mitsch Bush has backtracked on her past support for Medicare for All and the Green New Deal in an effort to win over voters in a highly contested swing district.

When Mitsch Bush ran for Colorado’s Third Congressional District in 2018, she pushed for a  and . Bush now condemns both policies, removing them from her current platform in order to campaign as a “pragmatic progressive” on the trail.

“You’re creating jobs and helping to protect our environment and prevent climate change, so it’s a triple whammy,” she said of a Green New Deal in 2018. Mitsch Bush otherwise, claiming the radical environmentalist legislation “does nothing.”

“[The Green New Deal] shows remarkable insensitivity to the kinds of issues we face in rural Colorado,” she told Colorado Public Radio on Friday.

The candidate employed similar rhetoric as she backed away from her past support for Medicare for All. In 2018, the candidate called affordable health care a “right,” assuring voters she would work toward expanding national health care policy. Mitsch Bush has  that stance, emphasizing that she would only fight to safeguard Obamacare, rather than push for a public option.

Mitsch Bush did not respond to a request for comment.

“Diane Mitsch Bush is refusing to leave her basement or debate Lauren Boebert because she knows that she can’t defend her extreme campaign platform, which is based on her support for the costly Green New Deal and Medicare for All,” Colorado GOP spokesman Joe Jackson told the Washington Free Beacon.

Mitsch Bush has  herself as a “pragmatic progressive” since winning the Democratic primary by running to the left of her primary opponents. She has said in interviews she spent her career as a legislator reaching across the aisle. Her support for radical causes, however, stretches beyond 2018. As early as 1999, Mitsch Bush donated to In These Times, a pro-union magazine founded by an avowed socialist. Mitsch Bush donated for at least two more years, until 2003.

She further pledged to never accept any corporate PAC money for her campaign to demonstrate her commitment to Colorado residents. The longtime state lawmaker’s record, however, does not hold up to her claims of bipartisanship and pragmatism, nor does her previous campaign financing. Her last congressional bid netted thousands from liberal groups such as Swing Left, EdPAC, Emily’s List, and the Sierra Club. In April 2020, federal filings showed that Mitsch Bush took donations from Planned Parenthood Action Fund—the political arm of the billion-dollar abortion provider.