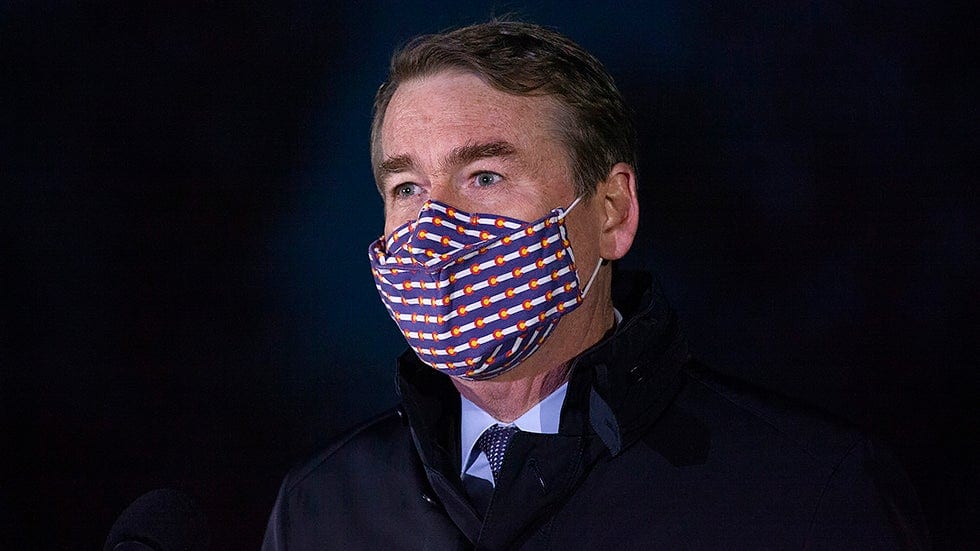 Colorado lawmakers want President Biden to take another look at the Trump administration’s “last-minute” decision earlier this month to move the new U.S. Space Command headquarters from Colorado Springs to Huntsville, Ala.

Donald TrumpSchumer: Impeachment trial will be quick, doesn’t need a lot of witnesses Nurse to be tapped by Biden as acting surgeon general: report Schumer calls for Biden to declare climate emergency ’s political considerations influenced the final decision,” according to .

The move “undermines our ability to respond to the threats in space and is disruptive to the current mission” as it “will uproot the servicemembers and civilians currently conducting the mission in Colorado and remove them from the nexus of military and intelligence space operations,” the lawmakers argue.

The Air Force  of U.S. Space Command, responsible for America’s military space forces, would be located at Huntsville’s Redstone Arsenal.

Peterson Air Force Base in Colorado is the current provisional headquarters of the command until 2026.

Alabama lawmakers lauded the decision, made under the previous administration, though lawmakers from other states vying for the headquarters called the choice premature and rushed.

“We do not believe this decision reflects the best choice, or even a rational choice, for our national security and ability to confront threats in space,” Bennet and Sen. John Hickenlooper

John HickenlooperModerates vow to ‘be a force’ under Biden Bipartisan Senate gang to talk with Biden aide on coronavirus relief K Street navigates virtual inauguration week (D-Colo.) said in a statement at the time.

In the letter, the lawmakers complain that the Air Force’s selection process lacked transparency in the data used to determine the best location for accommodating the command’s personnel and their families.

“This prevented clear, public evaluation of the scoring criteria,” they write. The gap in information raises concerns “about how the previous Administration rendered the final decision.”

Re-established in December 2019 after a 17-year hiatus, U.S. Space Command employs forces from each of the military services to carry out directed missions in the space domain. It is separate from the U.S. Space Force, which is responsible for organizing, training and equipping space forces.

The command’s original headquarters was at Peterson Air Force Base from 1985 to 2002.