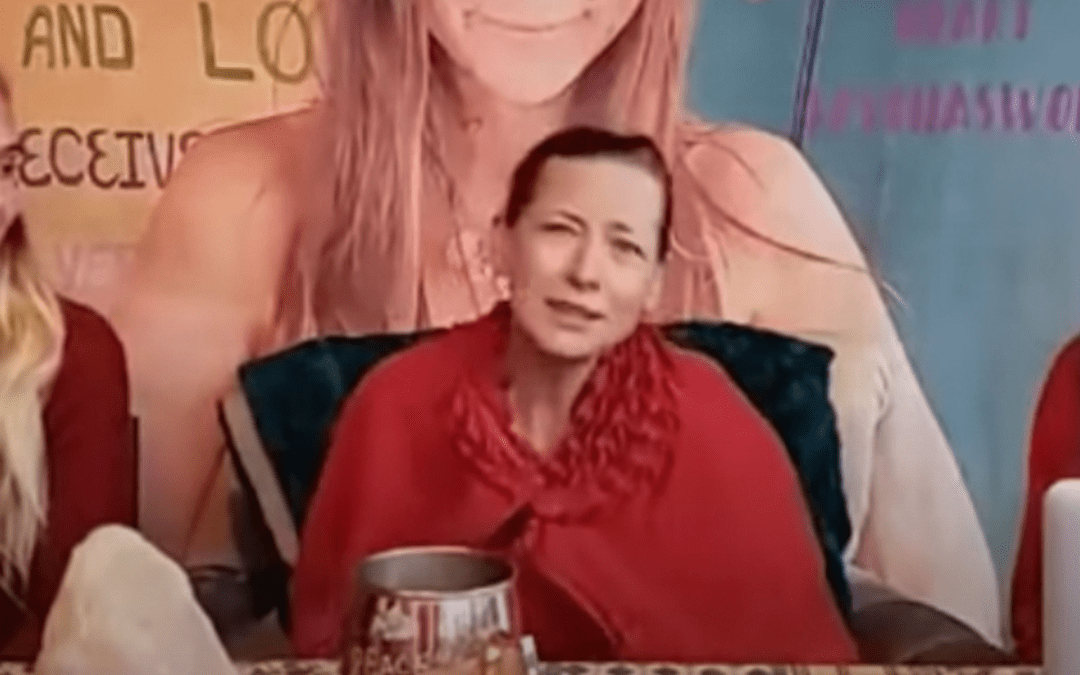 COLORADO-A 45-year-old woman who led a controversial religious group in Colorado and was known as “Mother God” was found mummified, wrapped in a sleeping bag, and decorated with Christmas lights and with glitter makeup around her eyes in what police believe was a shrine.

Amy Carlson, leader of Love Has Won, was found dead last week at a home in Moffat after a follower reported the body to Saguache County Sheriff’s Office, according to an arrest affidavit.

“The mummified remains appeared to be set up in some type of shrine,” the affidavit reads.

Two children, a 13-year-old girl and a 2-year-old boy, were found in the house and taken into the custody of Saguache County Department of Social Services. The boy was returned to his father, the follower who originally reported Carlson’s death, and the girl, Raymond’s daughter, remains with social services.

Saguache County Coroner Tom Perrin told the Denver Post that the body appeared to have died “a couple of weeks or more” ago.

On the Love Has Won Facebook page, a follower said Carlson had “ascended.”

“We revel in absolute Gratitude that Mom came to tell us what’s really up,” they wrote. “Many of us searched high and low for Truth, for the answer to a million questions, an end to the wondering of why the Planet was full of pain and suffering.All were lost and confused. She came to point the way for us to complete Our Planetary Mission, ending the enslavement system and ushering in Heaven on Earth.”

Carlson told followers that she was in constant communication with angels from the time she was a young girl and that she would lead them to a “great awakening,” according to the Post. The cult’s Facebook page includes daily “energy update” videos.

“The Saguache County Sheriff’s Office has received many complaints from families within the United States saying that the group is brainwashing people and stealing their money,” the arrest affidavit reads.

Last year, the group rented a house in Hawaii to ride out the pandemic, but eventually left after protests from local residents, according to Maui police.