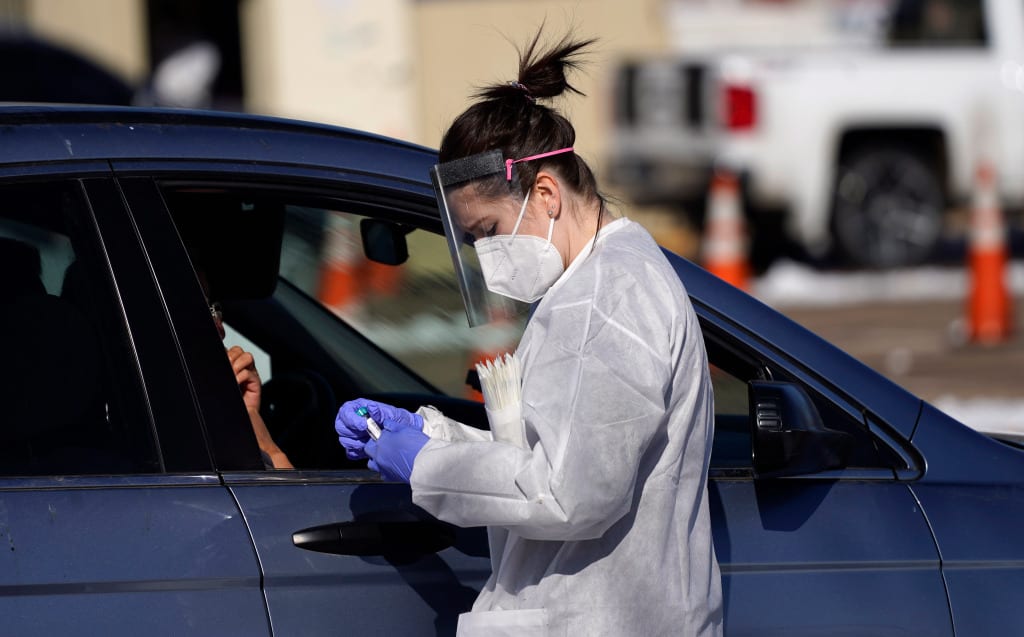 A hope that Colorado might be past the worst of a fall COVID-19 wave have proved short-lived, as a slowdown in hospitalizations heading into the weekend ended with a new spike.

In comparison, on the worst day in April, there were 1,277 people hospitalized with confirmed and suspected cases combined.

Beth Carlton, an associate professor of environmental and occupational health at the Colorado School of Public Health, said people should “hunker down” for the next few weeks to avoid spreading the virus and overwhelming hospitals until a vaccine becomes available. The highest-risk interactions are those where people are indoors and not wearing masks, she said.

“We can finally see the light at the end of the tunnel. We just need to get through this dark tunnel,” she said.

On Friday, the Colorado Hospital Association announced it was activating a system to transfer patients from overburdened hospitals to those with extra beds. Some hospitals transferred patients over the weekend, association spokeswoman Cara Welch said, though she wasn’t sure how many.

A day after the hospitals’ announcement, Gov. Jared Polis said he was ordering the State Emergency Operations Center to move to the highest level of alert, and directed hospitals to come up with a plan to increase the number of intensive-care and general medical beds they have available. If those plans don’t generate enough beds, hospitals could be ordered to stop nonurgent procedures. Fields hospitals could reopen if all other efforts fail.

The Colorado Department of Public Health and Environment reported 30,843 cases of COVID-19 in the week ending Sunday. Past increases in cases came with the caveat that infections were at the highest level since Colorado has had reliable data, because testing was so scarce in the spring. Now, more people in the state are infected than have been at any time since the virus emerged, Carlton said.

“We’ve blown past the April peak,” she said.

Deaths may have increased again last week, based on high initial reports, but the final toll won’t be known for at least another week.

Since March, 167,713 people in Colorado have tested positive for the new coronavirus and 11,203 have been hospitalized. As of Monday, 2,276 people had died of the virus, and 302 others died with it.