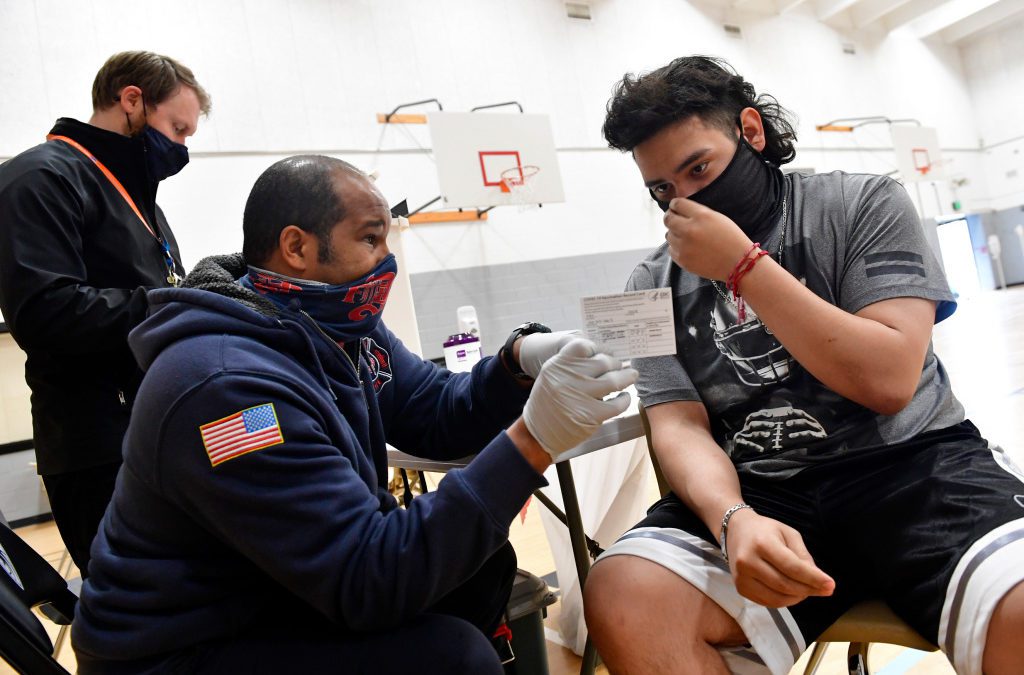 The last time this many Coloradans were hospitalized with COVID-19, the state was at the tail end of the winter surge, and few people other than health care workers had been vaccinated.

Hospitalizations could still rise a bit without hitting the peaks set in 2020, but the gap is narrowing. The current level is about two-thirds of the way to the coronavirus’s initial spring 2020 peak in Colorado, and 40% of the record on the worst day in December.

The state’s numbers appear to show some good news, with new cases dropping by about 1,000, to 9,836 — but it’s not clear if that represents the true picture. Reporting delays have been longer recently, meaning the previous week’s numbers are more tentative than usual.

“I think the inclination to take it with a grain of salt is probably the right one,” said Talia Quandelacy, an assistant professor of epidemiology at the Colorado School of Public Health.

The percentage of tests coming back positive has continued to increase with the spread of the virus’s more-contagious delta variant, which suggests the state may be missing infections. The state’s test positivity rate over the last seven days was 7.46%, higher than at any point since early January. Forty-four of the state’s 64 counties had rates above the state’s 5% goal.

If further data shows new cases truly have started to decline, however, hospitalizations would be expected to follow a week or so later, with deaths starting to fall a few weeks after that.

Since everything indicates the virus is more widespread than it was earlier this summer, people should wear masks when they’re going to be in public indoor spaces, especially if it’s crowded, Quandelacy said. The Centers for Disease Control and Prevention recommend that even vaccinated people wear masks if their county has 50 or more cases for every 100,000 people. As of Monday, only four counties didn’t meet the case threshold where the CDC recommends indoor masking: Crowley, Mineral, Saguache and Washington.

Anyone who hasn’t gotten the vaccines should do so, to reduce the odds of getting severely sick, Quandelacy said. And even vaccinated people should consider ways to limit the odds they’ll spread the virus, like dining outdoors or limiting their close contacts, she said.

“We’re taking on an increased risk of exposure, just because of increased transmission in the community,” she said.