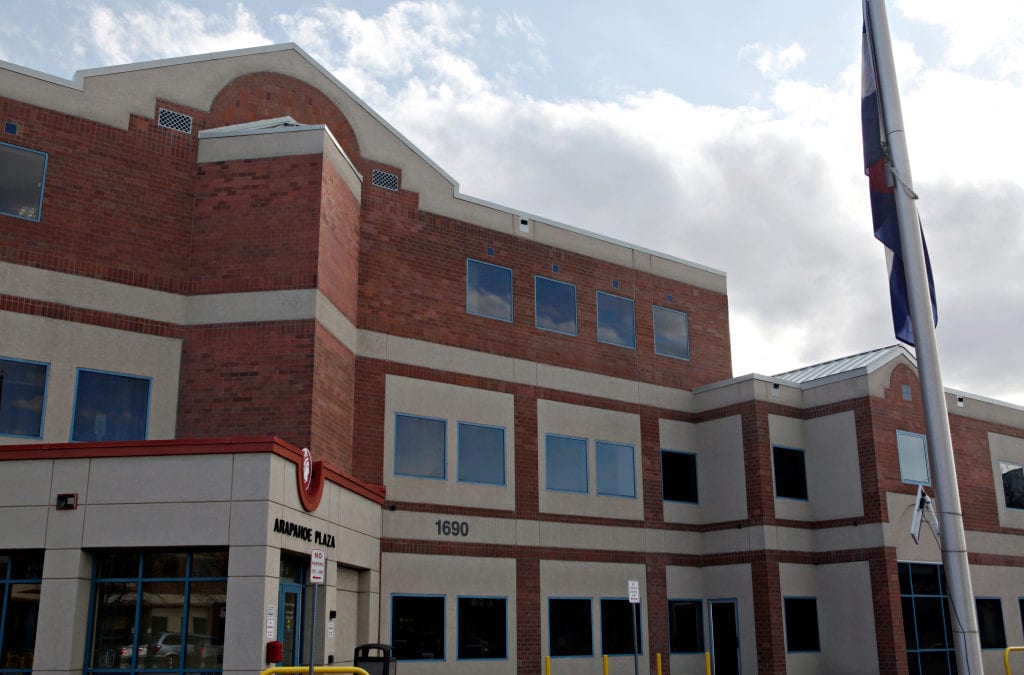 Colorado’s courts will face an unprecedented backlog of cases next year with reduced staff and resources because of budget cuts prompted by the coronavirus pandemic.

The statewide court system cut 111 employees this summer and eliminated 95 empty positions in order to reduce its general fund budget by about $34 million amid a statewide shortfall, according to information the judicial branch provided to the legislature’s Joint Budget Committee.

“It’s going to be bad enough if we were fully staffed, but actually being cut, we’re really worried about how we’re going to do a lot of this,” Colorado Supreme Court Chief Justice Nathan Coats told the committee last week. He’s set to retire in January.

In the 20th Judicial District in Boulder County, officials made what appears to be an unprecedented move to eliminate all court reporters. In the 18th Judicial District, which covers Arapahoe, Douglas, Elbert and Lincoln counties, 16 law clerks and three others lost their jobs, according to a list of reductions provided by the Office of the State Court Administrator.

In Jefferson and Gilpin counties, morale dipped after 11 employees were laid off, two retired and other positions were ended or reduced to part-time in order to meet a $980,000 budget reduction, court executive Gail Pickarts said — all while the coronavirus has slowed court proceedings and brought nearly all jury trials to a complete stop, with many trials piling up on the spring and summer schedules.

About 13,000 trials are scheduled to take place in the next 12 months across Colorado’s courts, including jury and bench trials for both criminal and civil proceedings. Most districts that paused jury trials this fall during rising coronavirus cases aren’t restarting until mid-January at the earliest.

So far in 2020, only about 661 jury trials in criminal cases have been held, according to the Office of the State Court Administrator. In 2019, about 1,700 such trials were conducted across the state.

“That backlog has mounted significantly, and we’re trying to get out from underneath that with less people to do it,” Pickarts said. “It’s a double whammy. It’s extremely difficult right now. The staff is extraordinarily resilient and resourceful, but they are stressed out. They’re overloaded right now with no real sense of help coming in the future.”

Each judicial district was given the flexibility to meet its reduced budget as it saw fit, Coats said.

“You’ll see in our department vastly different solutions because of the different problems we have throughout our state,” he told the committee. Court reporters, law clerks and judicial assistants were frequently among those cut, state records show, and some districts also cut magistrates or legal researchers.

Each judicial district was asked to reduce its staffing to 80% of normal levels, according to information provided to the committee. Some districts already at that level of staffing did not have to make additional cuts. In Jefferson and Gilpin counties, Pickarts said she tried to spread out the cuts across her department so no one team was heavily impacted.

Officials in Boulder took a different approach, targeting some of the cuts at the district’s court reporters — the people responsible for transcribing what happens in the courtroom — in what appears to be a unique approach across the country, said Christine Phipps, president of the National Court Reporters Association.

“In a country that is equally facing, and actually in some areas facing more devastating cases than Colorado is, no one else has done this,” she said.

In all, Boulder’s judicial district laid off at least 10 people, according to a list provided by the Office of the State Court Administrator, including about four court reporters, as well as law clerks and judicial assistants.

Recording systems are not as reliable as trained professionals, Phipps said.

“As a 27-year stenographer, it defies logic, because I hang onto every word,” she said. “And every word I take down means something. The words I take down are the difference between life and death, a mother losing her children… all that stuff matters.”

The situation in Boulder is just one of many crunches state courts are facing because of reduced funds as they head into the new year. State Court Administrator Steven Vasconcellos told legislators on the budget committee last week that the court system can’t meet its obligations long-term at its current staffing levels, and at some point will need more money.

“Timely access to justice is why we exist, period,” he said. “And we currently don’t have the adequate resources to address that, even when the pressures of COVID are off us, because of the budget impacts.”