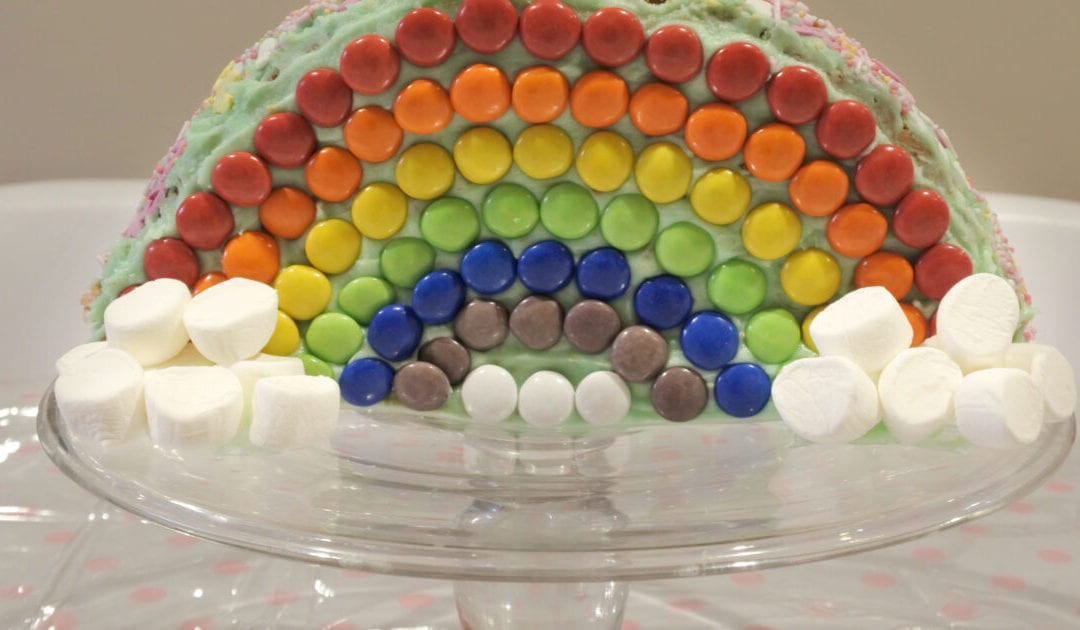 Another cake controversy out of Colorado. The baker at the center of a 2018 Supreme Court case concerning religious freedom, same-sex marriage, and civil rights is back in court over his refusal to serve up another cake. This time, the controversial cake was requested by a transgender woman in celebration of her gender transitioning.

Once again, Masterpiece Cakeshop’s Jack Phillips said making the requested cake would go against his morals. And, once again, the state isn’t having it…potentially setting up another prolonged showdown pitting religious liberty and freedom of expression against the application of statutes aimed at protecting LGBTQ rights.

In the last case——the Supreme Court ruled 7–2 that Colorado was wrong to fine Phillips for refusing to make a wedding cake for a gay couple. The couple argued that this violated anti-discrimination law. Phillips said it didn’t, since he would sell regular baked goods to gay people with no problem—just not a wedding cake, as same-sex marriage was against his religious beliefs. Phillips argued that compelling him to participate in a gay couple’s marriage ceremony by baking a cake for the occasion violated his freedom of speech and religious liberty.

While the Court’s ruling was a win for Phillips, “the approach the court took guarantees that this debate is far from over,” as Reason‘s Scott Shackford noted back then. “The court did not rule that cake-baking is a protected form of free expression. Instead it said the Colorado Civil Rights Commission (CCRC) showed open hostility to the baker’s attempt to assert his religious beliefs as a reason to reject the couple’s request, and that the state thus did not neutrally enforce its antidiscrimination law.”

This left room for similar litigation going forward—and, indeed, an Oregon case involving similar circumstances came before the Supreme Court the following year. In that case, however, the Court simply ordered Oregon to take another look.

So far, Phillips’ latest legal battle has only made it to state court. But it has all the fixings to go bigger.

Last week, Denver District Court Judge A. Bruce Jones ruled that Phillips was violating Colorado anti-discrimination law by refusing to make Autumn Scardina a special cake—blue on the outside and pink on the inside—to commemorate both her birthday and her gender transition. Jones ordered Phillips to pay a $500 fine.

Scardina had commissioned the cake years ago, “on the same day in 2017 that the U.S. Supreme Court announced it would hear Phillips’ appeal in the wedding cake case,” notes The Washington Post. “Scardina said she wanted to ‘challenge the veracity’ of Phillips statements that he would serve LGBT customers, but her attempt to get a cake was not a ‘set up’ intended to file a lawsuit, Jones said.”

That last bit rings a little hollow, since Scardina didn’t simply order any old cake but a cake celebrating a gender transition, making sure the reason for the cake was known to Phillips. And his position all along has been that he wouldn’t deny service of non-message-laden baked goods to LGBTQ customers but that he also wouldn’t engage in the expressive process of making special pastries specifically to celebrate ideas or institutions he feels are an affront to his religious values.

There are surely lots of places where Scardina could get her desired cake made without having to hide anything. But clearly, this is about more than just the baking of a single cake, with both sides convinced they are sticking up for something bigger.

“Religious liberty or freedom from discrimination: Advocates on both sides insist the question is simple. In fact, it is very difficult,” opines David Von Drehle at the Post:

Two bedrock principles of the Constitution are brought into direct conflict. Americans have a right in their public lives to be free from discrimination based on who they are. This right finds expression in laws requiring businesses and agencies that serve the public to do so without discrimination.

Americans also have a protected freedom of belief and expression. They cannot be compelled by the government to express or reject any religious views or political opinions.

As with last time, however, it seems a bit unfair to describe this as simply the right to religious liberty versus the right not to be denied service based on identity. At the head of these cases is not merely some neutral service but goods expressing particular messages—and a desire to make the government compel them.

Perhaps it would help people distracted by dislike for Phillips’ beliefs to keep in mind that a state strong enough to declare that a baker must make a cake with pro-transgender messaging is also one strong enough to declare that a business must make things with anti-transgender messaging. Something tells me that folks cheering on Colorado’s claim that it can compel expressive speech via baked goods wouldn’t be so happy if bakeries were forced to make requested cakes depicting, say, same-sex couples or trans people burning in hell.

(“Underlying this dispute — the really explosive part — is a slippery slope,” notes Von Drehle. “It seems monstrous to think that artisans have no control over the expressive content of their creations. Surely a seamstress who willingly provides choir robes and judicial robes should not be compelled to make robes for a Ku Klux Klan rally.”)

Fortunately, in a free market, we don’t need the government to force either. There is surely no shortage of businesses willing to bake goods with pro-LGBTQ messages (or not to ask further questions if a part pink, part blue cake is requested), and probably at least a few that would be willing to do the opposite for the right price. Meanwhile, there are less coercive means—like boycotts and negative publicity—for people to express displeasure with businesses like Masterpiece Cakeshop.

Despite all this, people are repeatedly trying to get the government to force one particular man known to oppose these messages to violate his beliefs and do so.

Given the circumstances, it seems a lot more like bullying someone over their values and attempting to drive openly religious entrepreneurs out of business for not agreeing with prevailing orthodoxy around sexuality and gender than a principled stand for the material well-being and concerns of marginalized groups. You may not agree with Phillips’ beliefs—I don’t—but a liberal, pluralistic society requires tolerance for people of different moral beliefs coexisting without using the state to crush dissent out of one another.

Once again, a major news outlet’s headline omits the rather important detail that *every* state routinely removes moved/inactive voters from their rolls as a best practice of election administration. https://t.co/o0tm1lELFd

When you legalize drugs without decriminalizing them:

In #Florida, you can legally grow #Marijuana if you have one of the 22 licenses issued by the State.

If you can’t afford that, and grow even one plant, you could spend a long time in jail.

How is this not selling our rights away? /2

This August marks the 15th anniversary of TSA banning liquid from carry-on luggage, and I forgot that DHS, at the time, said it would be temporary. In the way that all life on earth is temporary, I guess. pic.twitter.com/tMBdtjAdzR

• The Department of Justice weighs in on state bans on certain treatments for transgender kids:

• Good news: The U.S. and the European Union have “hammered out an important agreement to suspend pointless retaliatory tariffs targeting a host of foods.”

• On TV, Fox News host Tucker Carlson excoriates the press. In private, he’s a chatterbox and “a great source” to journalists in mainstream media.

• President Joe Biden’s meeting last week with Russian President Vladimir Putin was “a banal event in the context of past Democratic administrations, but a remarkable one in the context of the world as the liberal Resistance interpreted it from 2016 through 2020,” notes Ross Douthat for The New York Times.

• “A Southern California sheriff’s deputy is under criminal investigation after he was recorded on video kicking a pursuit suspect in the head while the man appeared to be surrendering,” the Associated Press reports.

• A new bipartisan bill called the Processing Revival and Intrastate Meat Exemption (PRIME) Act “would remove the requirement that all slaughterhouses be subject to U.S. Department of Agriculture (USDA) rules and inspections” and allow “states and towns to set their own rules for slaughtering livestock.”