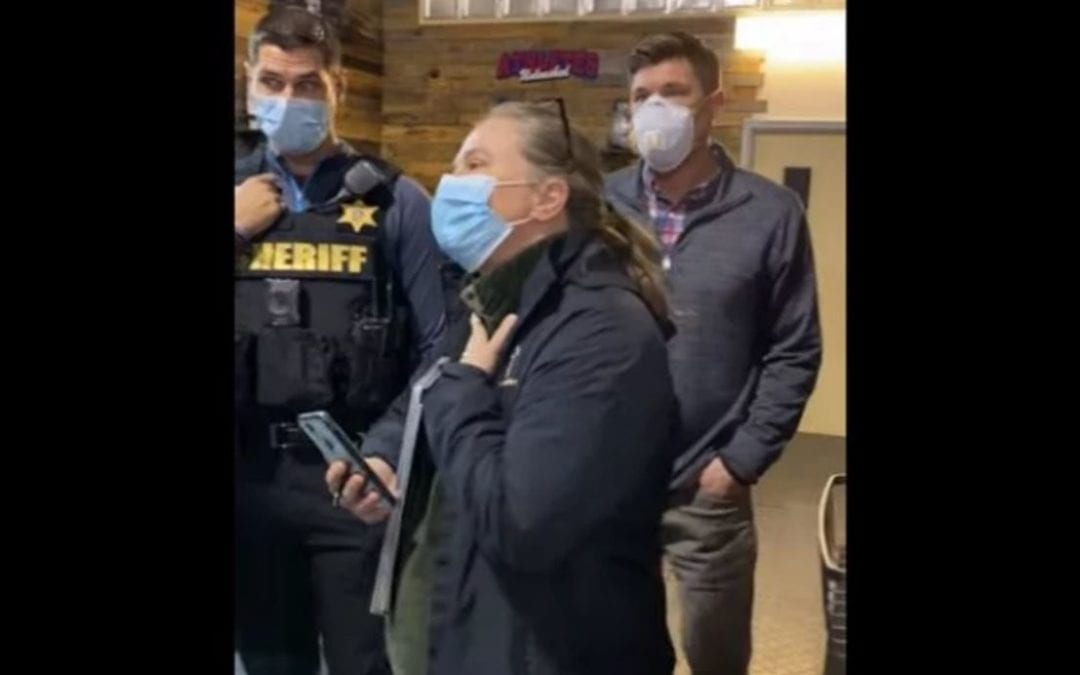 Colorado officials last week announced that several counties had moved into the “red level”—the second-highest measurement on its COVID-19 dial—and would be forced to implement new regulations on restaurants, gyms, and other parts of the economy to combat the virus.

Then something remarkable happened. Weld County, a county in the northern part of the state with a population of roughly a quarter million people, politely said no.

“Instead, county government continues to do what it has done since March, which is promote and encourage residents and business owners to take individual responsibility and make decisions to protect themselves, their families, their community and their businesses,” the Board of Commissioners said in a statement.

With a test-positivity rate north of 16 percent, Weld County’s infection rate is well above the 5 percent threshold the World Health Organization uses as a benchmark for taking proactive measures to limit the spread of the virus. Nevertheless, county officials enumerated what they would not do.

The county will not enforce a rule confining individuals to their homes for an undetermined length of time;

the county will not enforce a rule that states residents cannot have personal gatherings;

the county will not tell the school districts how to provide education to their students;

the county will not enforce a rule requiring a reduction of attendees in places of worship;

the county will not enforce a rule demanding restaurants close their indoor dining areas;

the county will not enforce any rule that forces a business to shut down or impedes their ability to operate.

“If that happened, it was a blatant disregard of the law,” Cuomo said in a briefing. “It’s illegal. It was also disrespectful to the people of New York.”

Reports say the synagogue, the Yetev Lev temple in Williamsburg, has been fined $15,000.

In Buffalo, New York, a protest of some 50 business owners (and supporters) at a local gym turned into a tense confrontation when a health inspector and deputies arrived (apparently after receiving an anonymous complaint) and refused to leave.

According to the Buffalo News, neither the health inspector nor the deputies would specify what rules the gym owner or those in attendance had broken. Authorities eventually left without issuing citations as protesters chanted “Get Out! Get Out!”

“It absolutely was a protest” said Dinero, adding that enforcement of restrictions has been “arbitrary.”

The defiance against lockdowns has been a long time coming.

The reality is, enforcement of social distancing regulations has been arbitrary. We’ve watched over and over again as politicians have flaunted their own orders without penalty. We’ve seen social distancing exceptions made when a political cause was deemed important or simply worth celebrating.

Become an Activist Post Patron for $1 per month at Patreon.

This is a great day for our city and our country. We are taking our democracy back. #BidenHarris2020 pic.twitter.com/OAZQPd1r4y

Many see the George Floyd protests as just a continuation (or offshoot) of the Civil Rights Movement of the 1960s.

This is both unjust and dangerous. The growth in government power and the decline in individual liberty witnessed these many months is unprecedented in modern history, as others have observed.

Fortunately, Americans and many other people around the world—from clergy in England meeting in secret to thousands in Berlin protesting COVID restrictions as they’re shot with water cannons—have simply had enough.

This is a good thing, but it’s also stressful. Just watching the confrontations like the one in Buffalo can make a cool-headed person feel tense. It can make the world feel chaotic and give the impression that the order in our world is slipping away.

In his book , Jordan Peterson talks about these forces, order and chaos. Order, Peterson says, is a good thing. It gives our lives stability, structure, and a security humans need. Chaos, on the other hand, sets our world on tilt. It represents the unknown and can cause distress.

Peterson doesn’t end there, however. The chaos-order duality he describes is part of a yin-yang Taoist structure.

“Order, when pushed too far, when imbalanced, can also manifest itself destructively and terribly,” Peterson writes. “It does so as forced migration, the concentration camp, and the soul-devouring uniformity of the goose step.”

The role of the archetypal hero, Peterson explained in his earlier book Maps of Meaning, is not only to tame excessive chaos, but to break down excessive order:

“Terrible, chaotic forces lurk behind the facade of the normal world. These forces are kept at bay by maintenance of social order. The reign of order is insufficient, however, because order itself becomes overbearing and deadly, if allowed unregulated or permanent expression. The actions of the hero constitute an antidote to the deadly forces of chaos, and to the tyranny of order.”

This point is so important to Peterson that, while 12 Rules for Life was subtitled “An Antidote to Chaos,” his upcoming book (which he just announced is available for pre-order) is titled, “Beyond Order.”

“Unlike my previous book, Beyond Order explores as its overarching theme how the dangers of too much security and control might be profitably avoided,” he says.

Lockdowns fit the model of a destructive order, one that has thrown the whole world into a kind of chaos. We can all feel it. And this is precisely why the lockdowns must be resisted—just like the commissioners in Weld County, the Orthodox Jews in Brooklyn, and the business owners in Buffalo.

Maybe this means sneaking across the Mississippi River to watch a Packer game in a bar in Wisconsin against state orders with your son, in a tavern where no one is wearing masks.

Maybe it means eating Thanksgiving dinner with family and friends despite a state order saying you must not, or simply choosing to not wear a mask in between bites of turkey, as public health officials recommend.

Public health officials are now advising that people mask up *between their bites of turkey and pumpkin pie.*

Maybe it means organizing peacefully with local businesses and holding an actual protest.

It doesn’t matter. Or rather, they all matter. The point is lockdowns are incredibly harmful, soul-crushing, and the most expansive encroachment on personal freedom in modern history.

It’s past time Americans and humans everywhere embrace the radical philosophy of Henry David Thoreau, who taught us that the only true foundation of liberty is civil disobedience, a peaceful and passive form of political protest that rests on the simple refusal to follow unjust laws or pay unjust taxes.

“If the injustice is part of the necessary friction of the machine of government, let it go, let it go,” Thoreau wrote in Civil Disobedience, “perchance it will wear smooth–certainly the machine will wear out.”

Jonathan Miltimore is the Managing Editor of FEE.org. His writing/reporting has been the subject of articles in TIME magazine, The Wall Street Journal, CNN, Forbes, Fox News, and the Star Tribune.