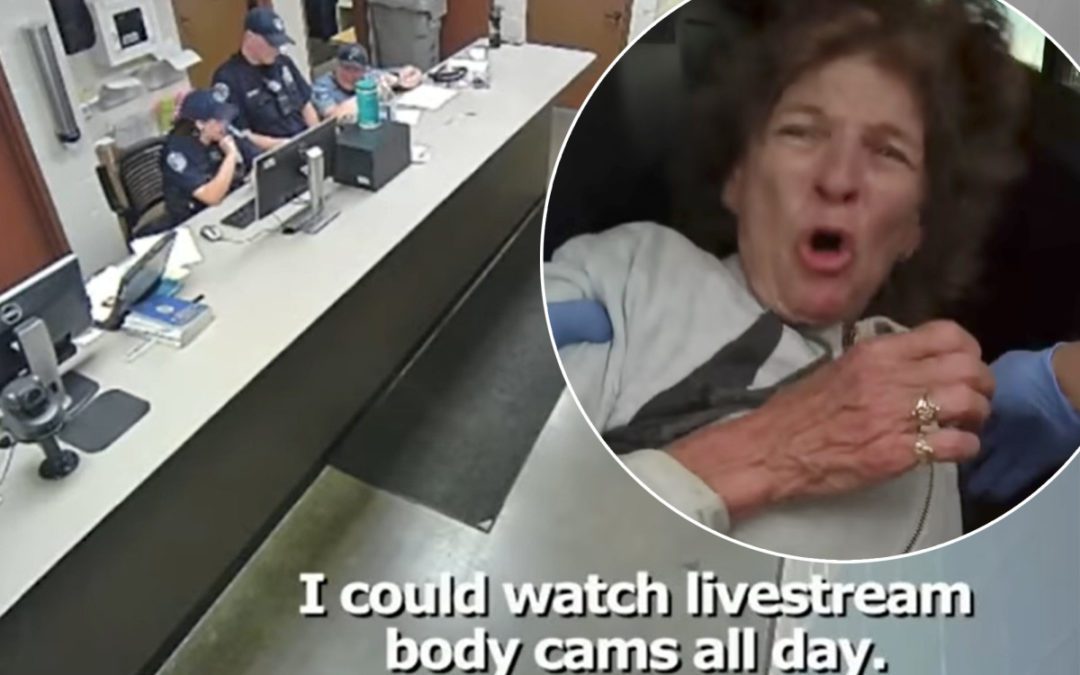 A pair of Colorado cops can be heard callously joking how they manhandled a 73-year-old female dementia patient during a brutal arrest that left the ailing woman with broken bones, according to newly released body cam footage.

“Ready for the pop? Hear the pop?” one of the officers asks as they giggle over the video images of Karen Garner being taken into custody after walking out of a store with items she didn’t pay for.

In the June 2020 bust, Loveland, Colo., Officer Austin Hopp forced Karen Garner to the ground, and Officer Daria Jalali slammed her to a police vehicle, according to the video.

The septuagenarian, who is afflicted with dementia and sensory aphasia, suffered severe bruising, a broken elbow, and a dislocated arm at the hands of the cops, her lawyers said in a lawsuit filed against the department.

Garner, whom her family describes as standing five feet tall and weighing 80 pounds, had walked out of a Walmart with $13.38 worth of stuff — a candy bar, a Pepsi, and a t-shirt.

She returned the items at an employee’s request, but the officers arrested her on the road picking flowers as she told them repeatedly, “I’m going home!”

In a video of the inside of the Loveland police station made after Garner was taken into custody, the officers can be seen making cruel comments as they rewatch footage of them taking down the elderly woman.

When one officer at the desk says, “I hate this,” another responds, “I love it.”

“It’s just like live TV,” Jalai responds. “Body-cams are my favorite thing to watch, I could watch livestream body-cams all day.”

At one point one officer asks, “Ready for the pop? Hear the pop?” in apparent reference to Garner’s contorting limbs. “I think it was her shoulder,” he says.

Hopp has been placed on administrative leave, and the charges against Garner have been dismissed.

The video was released by attorney Sarah Schielke, who is representing Garner in a federal civil rights suit against the department.

Garner alleges that officers “hurt my shoulders” nearly two dozen times and “hurt my wrists” more than a dozen times during the six hours she was in police custody.

According to Schielke, the officers were entertaining themselves with the bodycam footage as Garner sat handcuffed to a bench.

The suit alleges the commanding officer on duty, St. Phil Metzler, knew Garner was injured and declined to administer first aid or call for medical attention. State prosecutors have initiated a criminal probe into Hopp, Jalali, and Metzler.

Though the arrest took place last year, the release of the bodycam footage earlier this month reignited interest in Garner’s case.

Police use of force has come under intense scrutiny following the murder conviction of white former police officer Derek Chauvin last week for the killing of George Floyd, a 46-year-old Black man. Chauvin knelt on Floyd’s neck for more than nine minutes, suffocating him. Just last week, police in North Carolina shot Andrew Brown, a Black man, as he drove away from them.