Colorado College requires students, employees to be vaccinated for fall semester; PPCC is ‘absolutely not’ doing so 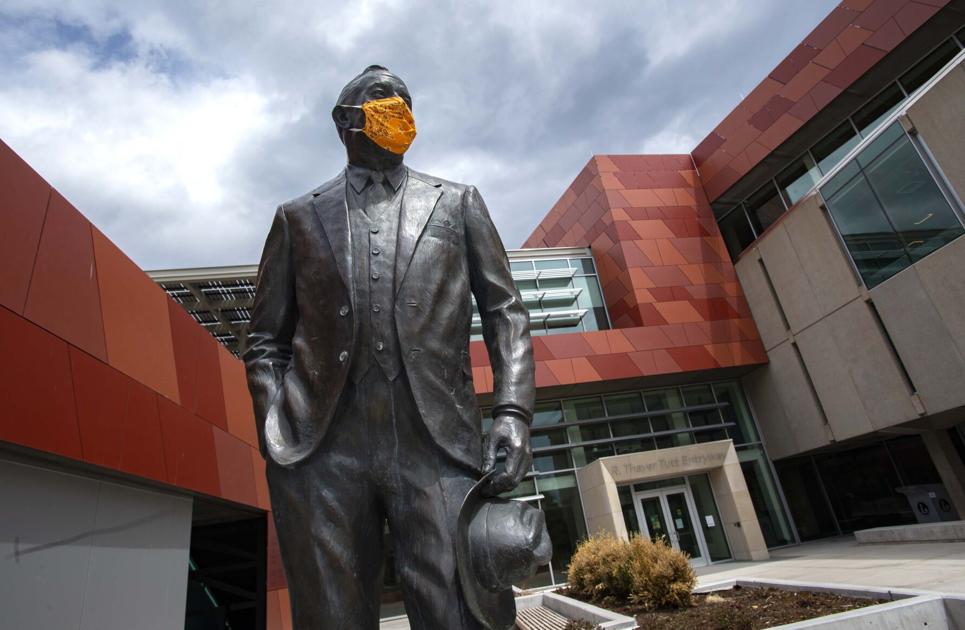 Colorado College will join more than 100 other institutions of higher learning and require all 2,700 students and employees on the campus north of downtown Colorado Springs to be vaccinated against COVID-19 and provide proof before returning to campus for the fall semester.

“It’s the most effective and safest way to get back to Colorado College experience of in-person, residential living and learning,”  said Brian Young, college vice president for information technology and chief technology officer.

Saying the pandemic has been tough for students carries the same “duh” factor as noting that calculus 3 is hard. To put it bluntly, “It sucks,” Colorado College freshman Wade Noelke of Austin, Texas, said Tuesday, while eating lunch outside. With mass vaccinations now available, Noelke said everyone is yearning to hear three potent words: “return to normal.”

“We follow the science and the data, and are expecting this step is the right strategy to getting our students, faculty and staff to that normalcy,” Young said.

Some aspects of the requirement are still in discussion, including exemptions, he said. Two have been determined, for medical and religious exceptions.

Campus leaders are still debating a third exemption, Young said, for those who do not get the COVID-19 vaccine because of personal reasons.

The impact on visitors to the campus, including at the Fine Arts Center at Colorado College, also is still being weighed, he said. Visitors likely will be asked to continue following public health guidelines, such as mask-wearing indoors or social distancing, that are in place in the fall, Young said.

As of Tuesday, 109 private, public and for-profit colleges and universities have announced requirements for all students living on campus and/or employees to be vaccinated before the fall semester, according to The Chronicle of Higher Education. The University of Denver in Denver and Fort Lewis College in Durango are on the list.

DU, a private school, is mandating that all undergraduate and graduate students who are “living, learning or working on campus” be vaccinated, according to its website. Employees are under consideration for the requirement, it stated, adding that about 80% of employees have indicated they already have been vaccinated.

The public, liberal arts Fort Lewis College is requiring all students get vaccinated and is “strongly encouraging” faculty and staff to do so, according to a campus-wide letter issued in early April.

Rutgers University in New Jersey was the first college to announce in late March it would require fall semester students to receive the vaccine.

Colorado College focuses on small classes and experiential learning and the year-long pandemic disruption has affected every aspect of the college’s essence and operations, Young said.

Many students, including freshman Ivan Beck of Chicago, were sent home last semester after hundreds of Colorado College students were quarantined for weeks from possible exposure to the virus.

“My first semester of college was kind of weird because I spent most of it at home with my parents,” Beck said Tuesday. “I had to make an effort to come back halfway through the year.”

It was more than an inconvenience for Ryenne Ching to return to her home state of Hawaii shortly after starting her freshman year. With a four-hour time difference, attending classes remotely was really tough, she said, particularly the online labs.

Having everyone vaccinated “will make it a lot easier to have in-person” next school year, she said. “The campus will be safer.”

“A lot of kids here are already vaccinated, so that makes it not as big of a deal,” she said. “I know a few people that have health complications and are waiting, but I haven’t met anybody who’s outright opposed.”

The campus hosted a community vaccination clinic earlier this month, distributing 1,100 shots, Young said. Another clinic is scheduled for next week.

Pikes Peak Community College “is absolutely not requiring students or employees of the college be vaccinated before returning to the college,” President Lance Bolton said in a statement.

“We are strongly encouraging everyone to get the vaccine, but it will be their personal choice,” he said. “We truly support those who may believe ‘what gets put in my body, should not be determined by my college.’”

The University of Colorado system, which operates four campuses including one in Colorado Springs, is reviewing the legal and public health considerations of requiring the vaccine, according to a spokesman.

At this point, school officials are not mandating the COVID-19 vaccine, the spokesman said, adding that employees and students are being encouraged to be immunized.

Because the U.S. Food and Drug Administration authorized the vaccines for emergency use during the pandemic, federal employees cannot be required to receive it.

But there’s nothing in Colorado law that prevents private employers from telling employees they have to get vaccinated, according to Susan Strebel Sperber, an employment law specialist and partner in the Denver office of Lewis Roca. Some companies in health care, entertainment, food service and travel industries are doing that, she said.

Employers also can ask employees if they’ve been vaccinated, Sperber said. While privacy laws prohibit employers from asking workers about their medical conditions, the federal Equal Employment Opportunity Commission does not define vaccinations as a medical condition.

“Vaccination will help keep the community as safe as possible and will substantially reduce the risk of any outbreaks having a negative impact on activities such as performances and athletics,” she said.

About 32% of El Paso County residents are at least partially immunized, said Lostroh, a professor of molecular biology at Colorado College who’s on scholarly leave and working at the National Science Foundation.

If El Paso County’s rate of immunization remains at the level of the past month, the county should see 80% of the eligible population with at least partial immunity induced by vaccination before August and 80% fully vaccinated around Thanksgiving, she said.