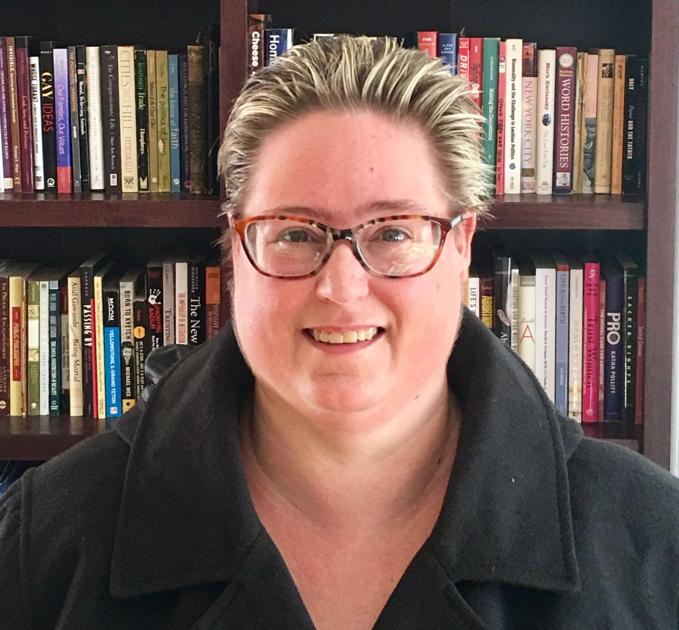 In projecting eerily accurate coronavirus trends in El Paso County, Lostroh has relied on her Ph.D. in microbiology from Harvard University, experience in teaching about infectious diseases and textbook writing to come up with a basic formula.

“I just do the most simplistic thing possible,” she said.

But her weekly predictions, which are published online for the Colorado College COVID-19 Reporting Project, a student-led journalism initiative, typically have fallen within 10% of actual statistics.

She starts with two assumptions: that most of the population is still susceptible to contracting the virus and that the disease is highly contagious and spreading exponentially.

She examines countywide cases over the past 21 days and applies an exponential drive to calculate the best, medium and worst-case scenarios over the next four weeks.

The methodology has provided insight about how the pandemic will behave locally, primarily for planning purposes.

After all, “The state forecast is only so useful when you’re trying to decide whether to go to the grocery store today,” Lostroh said.

In this 35th week since COVID-19 was first detected in El Paso County, infections have surpassed the county’s highest levels in the spring and are topping Lostroh’s “worst case” estimates.

Lostroh has taught molecular biology at Colorado College since 2003 and is on a two-year academic leave, working as the program director in genetic mechanisms, molecular and cellular biosciences at the National Science Foundation in Washington, D.C.

Because of the pandemic, she’s doing the science foundation job from her home in Colorado Springs.

Lostroh is passionate about studying local COVID-19 trends because she feels like she narrowly missed a potentially deadly fate. Lostroh belongs to the bridge club that had an outbreak after a tournament in mid-March, which resulted in 24 infections and four deaths.

She was in Washington, D.C. that day, at the National Science Foundation.

“They were all my friends who died,” she said.

Many people starting asking questions to Lostroh, who specializes in epidemics and virology.

She began answering questions through a website for the PILLAR Institute for Lifelong Learning in Colorado Springs, a nonprofit that provides adult education.

“In March, I was working on COVID all day long, from 5 a.m. until I couldn’t stay awake anymore,” she said.

From those early days until now, Lostroh thinks people are being exposed to more danger than they should be.

Cases statewide are at the highest levels of prevalence that they’ve ever been, Gov. Jared Polis said at a press conference Monday.

Across Colorado, 11 counties, including El Paso, have surpassed the number of infections under the state’s COVID-19 Dial Framework that sets responses to trigger a “stay-at-home” order, indicating “serious outbreaks,” Lostroh said.

The 14-day incidence for 11 of the 12-most populous counties in Colorado, where more than 87% of Coloradoans live, has ranged from 360 to 916 for the past four days, she said Tuesday. Technically, the cut-off for stay-at-home incidence is 350.

“Incidents are so high and exponential spread is so fast that the professionals know we’re making decisions too slowly for the pace of the epidemic,” Lostroh said. “The epidemic is changing so fast that waiting two weeks is not a good choice.”

No stay-at-home orders have been instituted in any counties, as was done statewide in March and lasted into April. Some, such as Denver and Pueblo counties, recently set curfews and reduced bar hours.

Lostroh criticizes President Donald Trump for not setting national mandates regarding mask wearing, social interaction, and closure of schools and businesses, and now she said she doesn’t understand why Colorado’s governor has not followed the state’s rules in making counties with high numbers of infections shut down again.

“Colorado came up with how it has to happen at various levels, and they’re not following the plan,” she said. “The pain and suffering of our economic losses that would come would be shorter.”

Polis said Monday that conditions are different now than they were in March and April, in terms of the state’s ability to handle and treat the virus.

Also, Polis said counties are at different stages of the virus; Mesa County, for example, is experiencing its first wave of infections, while Denver County is in the midst of a third wave.

But an “entire city or region” might have to “shut down if hospitals are overloaded,” Polis said.

If nothing changes, Lostroh predicts El Paso County will see between 16,017 and 16,908 cumulative reported cases by Friday.

The county had 573 cases during the worst week of the local peak in the summer and should prepare for four to six times more cases than that this week, Lostroh said.

She also predicts between 122 and 163 new COVID-19 hospitalizations in El Paso County next week.

If there’s one thing Lostroh has learned, it’s the truth behind the old adage that some things never change.

In the 2018-2019 academic year, Lostroh dedicated her teaching in commemoration of the estimated 50 million people who died worldwide during the 1918-1919 influenza pandemic, the deadliest outbreak of last century.

Students scoured the school’s archives and found letters about staff members who were infected and died.

Among the correspondence were letters from people who said they thought it was in violation of their personal freedoms to wear a mask.