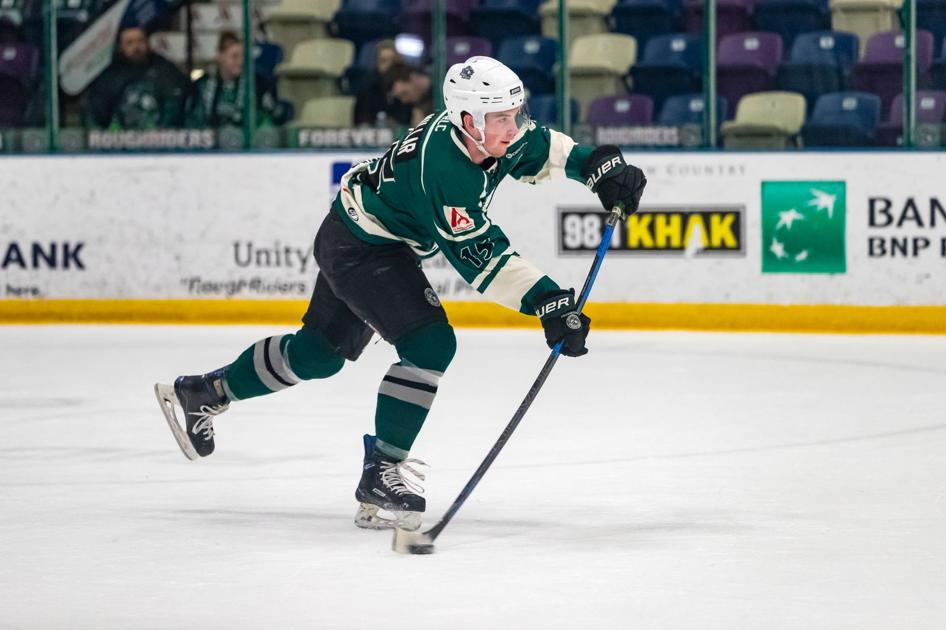 What to know: He was a 2019 Chicago Blackhawks sixth-round draft pick (187th overall). He’s also the biggest goaltender, and player in general, CC has seen in a bit.

History: Basse just completed a season with the USHL’s Youngstown Phantoms, where he went 14-12 with a .889 save percentage.

“Dom got better as the USHL season went on,” CC coach Mike Haviland said. “With him and (Matt) Vernon, I think you’re going to have a great tandem there.”

The 2018-19 season was a statement-making one. While playing for the Selects Hockey Academy’s 18U Midget team in South Kent, Conn., Basse had a 1.91 goals-against average and a .924 save percentage in 42 games and helped Selects win the United States Premier Hockey League Championship.

What to know: Begley won the Frank Brimsek Award, given to Minnesota’s top high school senior goalie, in 2017 with Hill-Murray School. He broke the school record for career save percentage with .927 over three years.

“It’s all fun to be really good as a high school goaltender, but that’s in the past now,” Begley said. “I want to be a good college goaltender now.”

What to know: The sole Colorado native in the group, Millar spent three seasons with the Rocky Mountain RoughRiders before continuing on to the Cedar Rapids RoughRiders. There he had 22 points (four goals, 18 assists) in 43 games and was an assistant captain in 2019-20.

“He’s had a great career in the USHL,” Tigers assistant coach Leon Hayward said. “He just got better every year.”

History: Millar helped Team USA to bronze in the World Junior A Challenge in British Columbia in December. He ranked 111th on the NHL Central Scouting list in 2019.

What to know: Foley was the Sioux Falls Stampede (USHL) Defenseman of the Year in 2019-20 (one goal, 18 assists). His parents both went to Colorado College and his father, Sean, played for the Tigers, graduating in 1992.

History: Foley played with fellow incoming Tiger Ray Christy for St. Thomas Academy High School in Minnesota. He finished third on the team with 38 points (17 goals, 21 assists) in 23 games in 2017-18.

“We will use him in every situation next season,” Haviland said.

What to know: Andrews was the captain of the Des Moines Buccaneers (USHL) last season. He had two goals and 14 assists in 46 games and his 92 penalty minutes were 10th in the USHL.

“He is a captain that will play any style of game you want,” Haviland said.

History: The 18-year-old played in the USA Select Festival the last three years. He contributed three assists in five games for Team White in 2017-18.

What to know: Biro is a former Denver commit. He committed to Colorado College on March 18.

“He has gotten stronger and learned how to use his frame to win more one-on-one puck battles against bigger, stronger players and that’s translated into more success for him,” Saints GM Rob Sklaruk said in a release. “He’s excellent in the faceoff circle, also something he’s worked diligently on.”

What to know: Christy is coming off one year in the USHL where he had six goals and 15 assists in 36 games for the Sioux City Musketeers. Younger brother Robert, 19, is also committed to Colorado College but not set to join the Tigers this season.

History: Before joining the Musketeers, he had 71 points in 52 games for the Brooks Bandits of the AJHL en route to a Canadian National Junior A Championship. Christy amassed 39 goals and 82 assists in four years at St. Thomas Academy.

“He has been a captain and leader everywhere he has played,” Haviland said.

What to know: Will was an assistant captain for the Omaha Lancers (USHL) last season, his third with the team. He had 21 points (13 goals) in 48 games.

“He is a great penalty killer and had one of the best percentages in the faceoff circle in the USHL,” Haviland said.

History: He helped the Lancers’ U16 team to a 2016 national championship and played in the USA Select Festival the past two years.

What to know: Jutting represented Team USA in the Hlinka Gretzky Cup last August. His uncle, Troy Jutting, was the coach at Minnesota State-Mankato for 12 seasons and his cousin, Tyler, played 10 games for Air Force in 2018-19.

History: Jutting (11 goals, 16 assists, 47 games) and Millar played for the Cedar Rapids RoughRiders last season. Before that he was in the NAHL with the Minnesota Magicians. He ranked 180th on the NHL Central Scouting list in 2019

“Jackson is an excellent two-way forward and a true centerman,” Haviland said.

What to know: Foley and Coffey suited up for the Sioux Falls Stampede last season. Coffey had 12 points in 18 games (six goals, six assists).

History: Coffey spent several years in the New Jersey Hitmen organization and was the 2017 USPHL Forward of the Year after leading the league in goals (37) and points (60).

“He will help the power play with his goal-scoring ability,” Haviland said.

What to know: CC adds another Californian to the team in McKown, who doesn’t turn 18 until mid-August. He played for the U.S. National Team Development Program in the USHL the past two seasons. He had three points in 16 games in 2019-20.

“His speed and skill will give us depth up front,” Haviland said.

What to know: Pasemko completed three seasons with the Okotoks Oilers of the AJHL as the team’s third all-time leading scorer (48 goals, 105 assists, 171 games). He was an assistant captain there.

“He is a winner and a leader who is going to add depth to our forward lineup,” Haviland said.