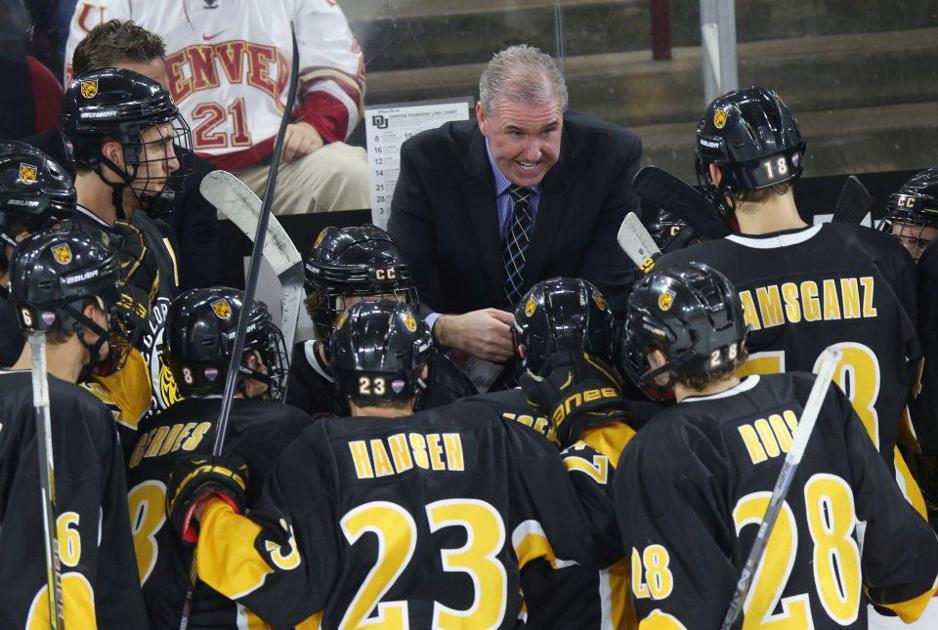 Mike Haviland won’t be coaching at Robson Arena, which he was on the campus committee for and frequently championed.

Not for Colorado College, not next season.

After seven straight losing seasons, CC athletic director Lesley Irvine announced Saturday night that Haviland had “decided to move on,” and that they reached a mutual agreement Friday. A national search for his replacement will begin immediately, a release stated.

Haviland’s overall record as Tigers coach was 67-153-22. He went 35-111-20 in conference play. The team won one playoff series. He signed a multiyear contract extension in 2018, but terms were not disclosed.

He was brought back in the spring of 2020 after the Tigers’ win total dropped by six.

“I want to be careful — it’s not a rebuild of a rebuild,” Irvine said at the time. “Coach has been here for six seasons. He knows that this is his team. But I do think that we’ve identified some things that we can have some quick change and some high impact in terms of outcomes. So that’s the goal.”

After he was assured of a seventh year at the helm, Haviland told The Gazette it was a “big year.”

Haviland became the program’s 14th head coach on May 9, 2014. He arrived from the American Hockey League, where he’d been head coach of the Hershey Bears in 2013-14. He was an assistant coach for the NHL’s Chicago Blackhawks from 2008-12 and won a Stanley Cup with the team in 2010.

Check back at gazette.com for more on this evolving story.