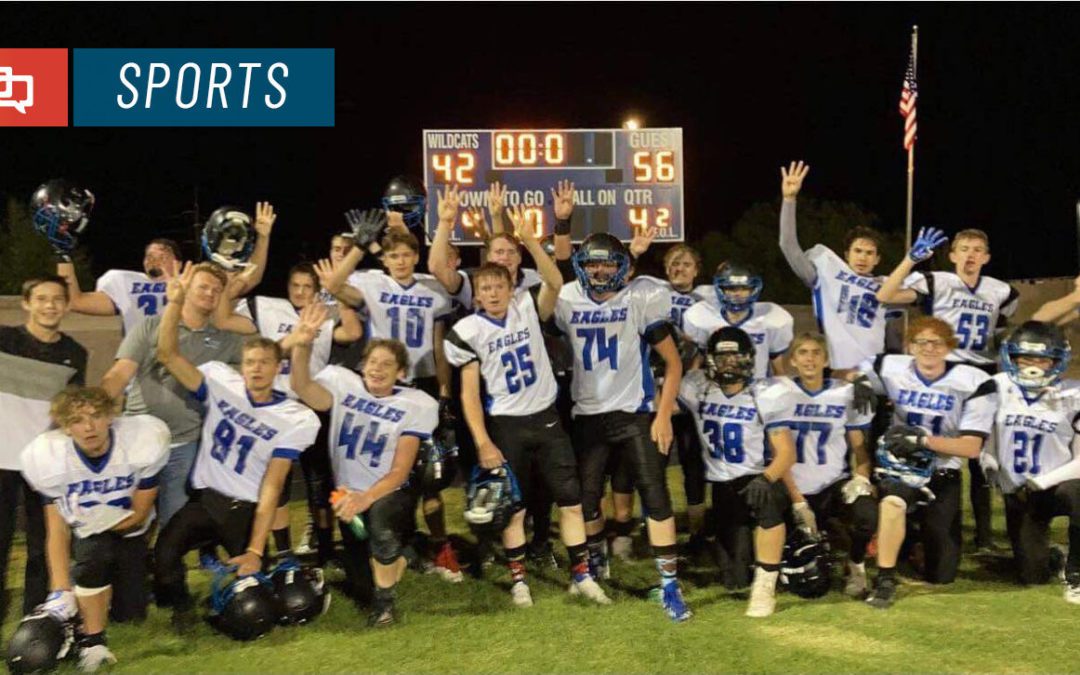 COLORADO CITY, Ariz. — The El Capitan High School football team will be making its first-ever playoff appearance this weekend when the eighth-seeded Eagles host the ninth-seeded Salome High School Frogs in this coming weekend’s opening round of Arizona’s class 1A eight-man football playoffs.

El Capitan, which is located in Colorado City, just south of the Utah-Arizona border it shares with its sister city of Hildale, Utah, posted a 5-3 overall record this season, including 3-2 in 1A North league play. The Eagles won their first four games before losing three of their last four. Nevertheless, they have scored an average of 37.3 points per game in their eight contests while giving up just 24.3.

Leading the way for El Capitan’s offense this year is Isaiah Bradshaw, who has rushed for 658 yards and 15 touchdowns. On defense, Bradshaw has made 57 tackles and an interception.

Sophomore quarterback Zedakye White has proven to be a formidable threat on both the ground and the air, rushing for 380 yards on 71 carries while passing for 890 yards and 12 TDs, with just two interceptions.

Jessop said his players are excited to make the playoffs for the first time.

“It’s an amazing achievement,” he said.

The El Capitan vs. Salome first-round playoff game was originally scheduled for Friday night but has since been moved to Saturday afternoon starting at 2 p.m. Salome comes into the contest with a 6-2 overall record, 4-1 in the 1A West.

El Capitan High School is located at 255 N. Cottonwood St., Colorado City. Tickets are $10 for adults, $5 for students, senior citizens and members of the military.

The winner of the El Capitan vs. Salome contest will then travel to Heber on Oct. 29 to face the top-seeded Mogollon Mustangs. El Capitan lost at home to Mogollon on Sept. 24 by a score of 58-6.