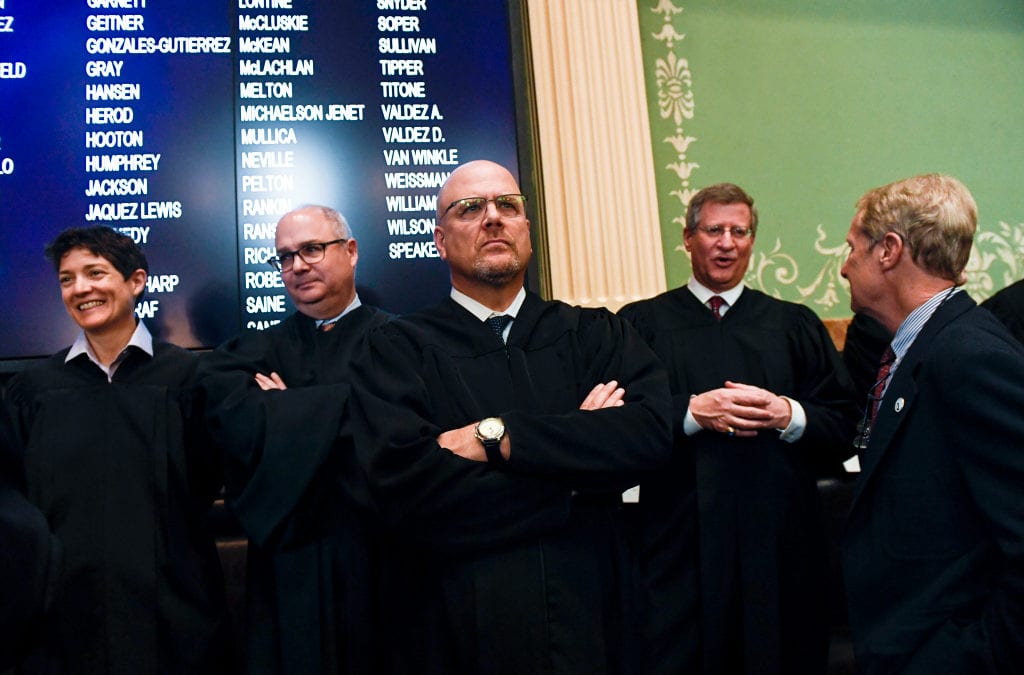 Colorado Supreme Court Chief Justice Brian Boatright on Thursday vowed to reform the state’s judicial branch in the wake of allegations of judicial misconduct, sexism and harassment — and of a high-level cover-up intended to keep those misdeeds secret.

“Where there is wrongdoing, we will address it,” Boatright said. “Where there was an abuse of power, we will stop it. Where our policies are deficient, we will change them. We want to know the truth. We recognize the branch faces a crisis of confidence in its leadership.”

Boatright became emotional and struggled to speak at times as he addressed Colorado lawmakers in the state House of Representatives during the annual State of the Judiciary speech Thursday. He reiterated the Colorado Supreme Court’s commitment to investigating the cover-up allegations through an independent panel not controlled or appointed by the justices.

Former Judicial Department Chief of Staff Mindy Masias, who was facing termination over financial irregularities, threatened to reveal the judges’ misconduct in a lawsuit, Ryan said. She was instead given the five-year training contract to ensure she stayed quiet, he said.

The state Supreme Court released a two-page memo detailing the alleged misconduct last week after The Denver Post reported Ryan’s allegations. The memo details numerous instances of alleged misconduct, including that a judge sent a pornographic email via his work account, that another judge rubbed his “hairy chest” on a female employee’s back, and that an anonymous allegation of sexism and harassment against a chief justice was destroyed.

“The conduct described in the allegations, if accurate, is unacceptable and cannot and will not be tolerated,” Boatright told lawmakers. “We need to know if human resources investigated any of these allegations and if they did, what actions were taken. And if the investigation didn’t occur, we need to know why. What we need, first and foremost, is the truth.”