Colorado can capture signature victory as No. 20 Texas awaits in the Alamo Bowl 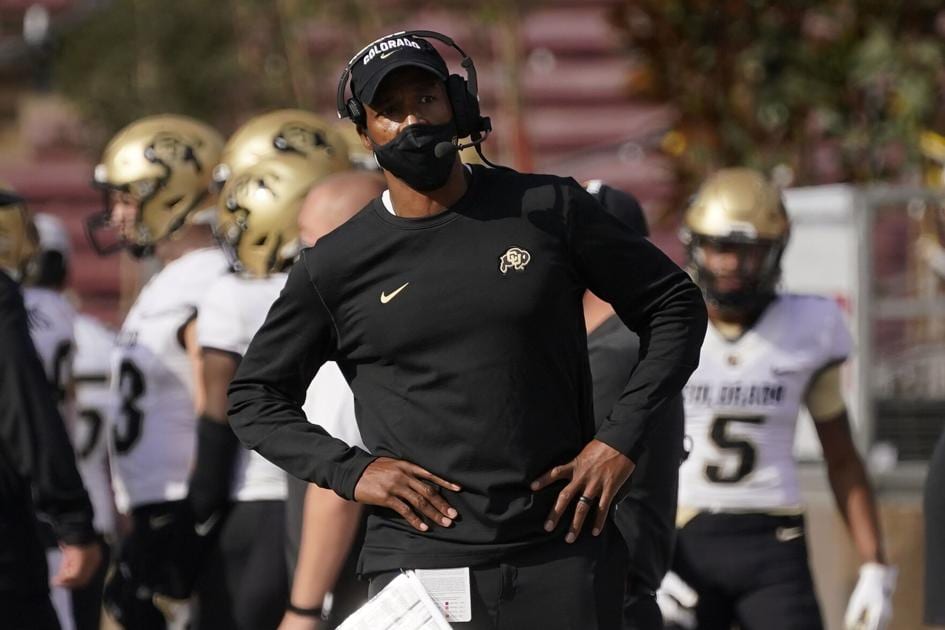 In a throwaway season for college football, Colorado could finally reel in a keeper.

The Buffaloes face No. 20 Texas in the Alamo Bowl at 7 p.m. Tuesday, giving them a chance to cap coach Karl Dorrell’s first season at the helm with a legitimizing victory.

“We’ve made a good step of progress this year,” Dorrell said.

The team’s performance has already been enough to earn Dorrell Pac-12 Coach of the Year recognition. The Buffaloes also produced the co-conference offensive player of the year in sophomore running back Jarek Broussard and is headed to a bowl game for first time in four years and just the second time since 2007.

The good vibes from Dorrell’s inaugural season continued into the early signing period, as in-state products Erik Olsen and Ty Robinson turned down programs like Auburn, Cal, Kansas State and Oregon State to sign with the Buffaloes.

This is the trajectory Dorrell, who in six years of coaching has reached a bowl game each season, envisioned in quest of his big-picture goals.

“We’re always measured by championships, more than anything,” he said. “I haven’t been in that arena as often as I would like.”

This year, for most teams, has mostly been about staying afloat. The Buffaloes had three games wiped off an already truncated schedule. College football as a whole saw more than 120 games canceled by the coronavirus and is amid a pared-down bowl season. The NCAA won’t count this year against players’ eligibility. It’s been a strange year, to say the least.

But what about this season for Colorado (4-1)? Has it been as strong as the record suggests?

Only one win came against a team with a record above .500 — a 35-32 road victory over Stanford. The Cardinal (4-2) are ranked No. 36 in Jeff Sagarin’s computer rankings. Another win came against San Diego State (4-4) in a hastily scheduled game after both sides faced COVID-19-related cancellations. The others were against UCLA (3-4) and Arizona (0-5).

The portfolio has the Buffaloes at No. 57 according to Sagarin’s metric.

But Tuesday is a chance for a signature victory. Texas (6-3) carries its national brand and a quarterback in Sam Ehlinger who Dorrell believes is among the best pro prospects in the college game. ESPN’s Mel Kiper Jr. has Ehlinger rated No. 10 among quarterbacks as draft prospects.

Colorado will be short-handed, missing first-team all-Pac 12 linebacker Nate Landman (Achilles) and receiver La’Vontae Shenault (violation of athletic department rules). Texas is also missing key parts as offensive tackle Samuel Cosmi and linebacker Joseph Ossai, both touted draft prospects, have opted out of the rest of the season to prepare for their professional future.

No one is suggesting this bowl game — with these missing pieces and in this strange year — is the hinge upon which the direction of Dorrell’s young tenure will be judged. But it’s a chance for a steppingstone for a program that has spent the better part of two decades looking for solid footing.

“We’ve still got so much work to do,” Dorrell said, “but we’re making progress.”