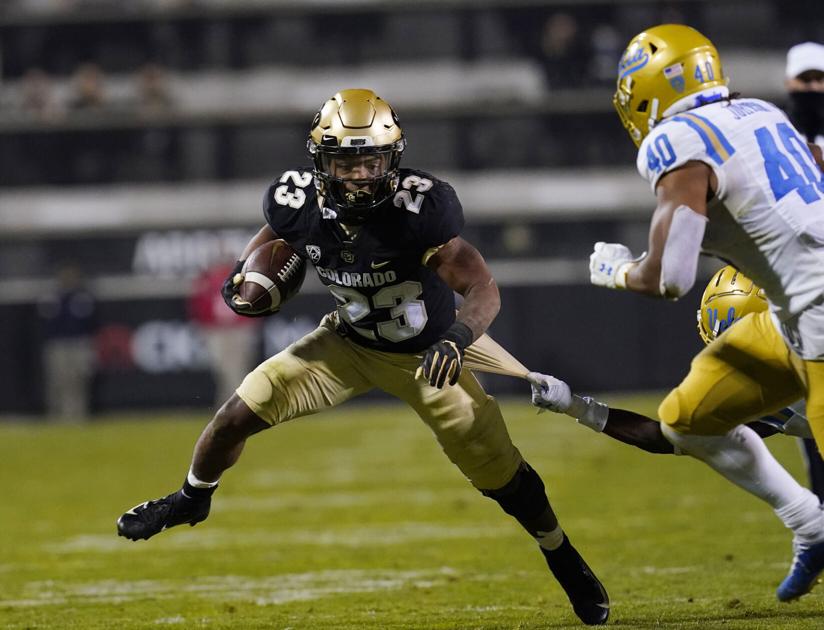 BOULDER – One of the most potentially profitable name, image and likenesses on the University of Colorado football team doesn’t seem too concerned with cashing in as quickly as possible.

After a breakout season in Boulder, sophomore running back Jarek Broussard said he has a few NIL-related things in the works but nothing distracting.

“The way I look at it is, if I go out every Saturday and ball, the deals are going to come. It’s all going to come,” Broussard said at Colorado football’s media day Friday. “I just got to stick to the script and continue to work hard and all that is going to work out itself.”

The plot goes something along the lines of building on last year’s five-game totals of 813 rushing yards and three touchdowns, helping the Buffaloes continue the upward trajectory following a 4-2 season that ended in an Alamo Bowl loss to Texas in coach Karl Dorrell’s second season, and making a little bit of extra cash. But it’s still early to plan regular trips to the bank for Broussard and most of the Buffaloes.

“We’re still in discovery mode, I would say,” Dorrell said. “We’re still trying to figure all those things out. It’s still fairly new, but guys are getting some opportunities for certain things, which is good. I don’t want it to be a distraction from what the purpose of what we’re doing, which is playing this season and having a successful season.”

Broussard feels in better shape to do those things now that he’s shed a bulky knee brace, the result of a couple of surgeries.

“Ditched it. I don’t know where it is,” Broussard said.

“Playing last season, yeah, of course I was at 100%, but I feel like I played more at 90(%) considering I had that big ol’ brace on there. … I just feel healthier. I feel faster. I feel better.”

Broussard should also feel better supported after recording 129 of the 175 carries handled by running backs last season. Alex Fontenot, the presumed starter after rushing for 874 yards and five touchdowns in 2019, is back after missing last season with a hip injury and in position to take some of the burden off Broussard, as is Deion Smith.

“A year later, Alex is back. Deion Smith is back. Obviously, Ashaad Clayton is much better now than where he was last fall,” Dorrell said. “The depth of that position is going to allow us to not really use one workhorse, so to speak, in the backfield, and they all understand that. Jarek even understands that even after the year he had. He understands this year he won’t have those games where he had 30-plus carries, which he had at least two or three times last year.”

Each of the leading rushers from the last two seasons seem to appreciate the other’s ability. Both have demonstrated big-play ability in a Buffs uniform with Broussard relying a bit more on speed and Fontenot running a bit bigger.

“We’re fortunate enough to have a group of very skillful guys with different skillsets that we all can nitpick each other and kind of add that to our game and just make us a better athlete overall,” Broussard said.”

“We don’t really run the same, but we get the same result, which is nice,” Fontenot said. “If we complement each other, it’s a plus.”

With a new starting quarterback to be decided, likely between second-year freshman Brendon Lewis and Tennessee transfer J.T. Shrout, in the coming weeks, the Buffaloes could use the run game as a foundation. Big seasons from the running backs could produce endorsement deals, but making it to the NFL still seems more motivating than NIL money, for Broussard.

“One hundred percent it’s exciting, you know what I’m saying, to be able to make money in college,” he said. “The big bucks are … You know where the big bucks are, and that’s where I’m trying to get.”