Colorado budget: State braced for a long-lasting catastrophe from COVID. It hasn’t happened. 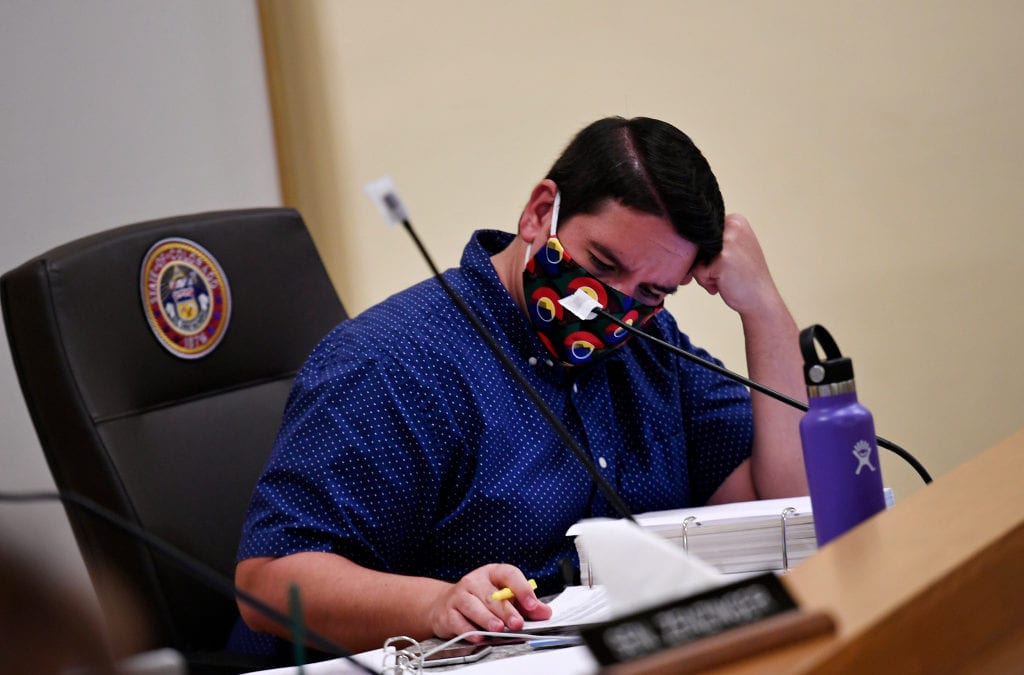 Colorado’s budget writers spent the past year planning for the worst, but they now believe the state has averted long-term economic ruin.

In fact, the state legislature’s chief budget writer said Monday, the outlook is actually pretty good. A fuller picture won’t be available until March 19, during economists’ quarterly update, but Democratic Sen. Dominick Moreno told The Denver Post: “It’s nothing that we could have expected.”

“I really do think the economists … couldn’t foresee that this was going to be the case,” the chairman of the Joint Budget Committee from Commerce City said. “There was a belief that the pandemic had so much more of an impact on the economy than it did.”

In the early days of the pandemic, analysts predicted a catastrophic economic slowdown, and Colorado’s legislature slashed about 10% of overall spending to pass a balanced budget — roughly $30 billion — for the 2020-21 fiscal year. Many of those cuts led to teary hearings and debates at the Capitol, and lawmakers braced for possibly years of holding back on new spending proposals.

Things started to improve over the summer and into fall, when budget writers were advised the state government would have about $1 billion more in tax revenue to use than planned — though the state’s nonpartisan economic analysts cautioned them against too much optimism. That’s because state spending was still projected to exceed state revenues through at least 2023.

This evolution is being seen across the U.S.: A New York Times report found many states, including Colorado, hacked budgets during the early uncertainty and have returned to stable — and sometimes positive — revenue levels. Plus, the federal government looks like it’ll be pumping cash into Colorado as part of a stimulus bill that needs the U.S. House’s final approval before landing on President Joe Biden’s desk.

So if next week’s economic forecast is as rosy as Moreno and other statehouse leaders expect it to be, the question becomes: What to do with the extra cash?

There is a slight difference of opinion between Democratic Gov. Jared Polis and the Democrat-led legislature. The former is bullish on stimulating the economy even more, whereas the latter is generally more interested in balancing that priority with restoring last year’s cuts.

But the two sides aren’t far off. Polis has called for a COVID-19 stimulus package of about $1.3 billion (close to 12% of all discretionary spending by the legislature for this fiscal year), while lawmakers are comfortable with a package more in the $1 billion range. Democrats and Republicans are in general agreement on how to spend this money, leaders from both parties said: business aid, rural economic development, reopening schools, “shovel-ready” road and bridge projects and housing assistance.

“Things are actually going pretty well,” said Senate Minority Leader Chris Holbert, a Douglas County Republican. “We’re optimistic that there are things that we can work together on.”

He attributed the positive talks to the fact that Colorado must, by law, balance its budget and cannot deficit-spend like the federal government.

“It’s not Republicans criticizing far-left progressive ideas. I give the people of Colorado credit there,” Holbert said. “It’s not like there’s something in the water here, where we’re better at this than Congress. It’s that we have to operate on the dollars that we actually have.”

As recently as Friday, the parties were primed to announce the new state COVID stimulus this week, but now may wait to see how much federal stimulus money will flow to Colorado. Biden could sign a $1.9 trillion bill this week, and Moreno said the state is tentatively preparing to get about $4 billion.

“The federal action has kind of thrown a wrench in,” he said. “Should we go telling folks about this smaller state stimulus in light of the fact that there’s this larger thing we’re going to receive? In terms of scales of impact, we can have more impact if we wait a little bit and allocate some of the federal funding.”