Colorado-born, national brands that you might not know were from here 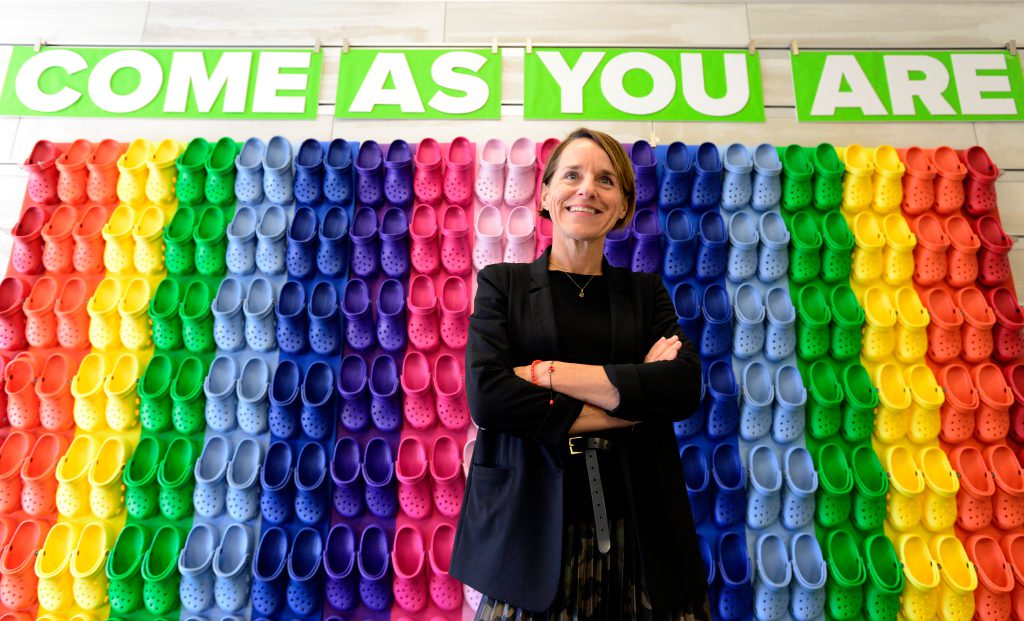 There are certain things that Coloradans take for granted, such as our pro sports teams’ tendency to break our hearts, or the fact that Pueblo and Hatch, N.M., seem destined for an eternally delicious green chile battle.

And everyone knows Coors Brewing Company started in Golden, right?

Maybe. Even as Coors has long represented Colorado to beer drinkers outside the state, thousands of new transplants may be surprised to learn that Coors is really, actually from here, along with dozens of other instantly recognizable brands whose beginnings have been obscured by time.

Some, such as Samsonite or Mapquest, were purchased by larger companies and relocated. Others, like Chipotle Mexican Grill, operated here for a quarter-century before picking up stakes and moving (in Chipotle’s case, to Newport Beach, Calif.).

Here’s a curated primer for some of Colorado’s biggest exports — edible, quaffable or wearable — that represent the best of homegrown innovation. Some of their histories are well-known, some not so much, but all are proudly Colorado-born.

Jennifer Todd watches the end of the line where Jolly Rancher candy wrapped in individual wrappers, roll off the line still warm, at the Wheat Ridge factor in 1998.

The weirdly resilient Jolly Rancher candy line was founded in Colorado 71 years ago, but hardly anyone mentions it in roundups of local brands. That makes sense, given that Jolly Rancher changed hands frequently over the years, from Beatrice Foods to Leaf Candy Company to current owner Hershey Company — which shifted production of the hard candies out of Colorado and into Mexico and Canada after its 1996 purchase.

But for bragging rights, it’s correct to say the company, founded by Bill and Dorothy Harmsen in 1949, began in Golden, and that its candy-making continued at a Wheat Ridge facility until 2002. Trick-or-treaters and dentists miss it, at least.

In addition to Chipotle, which fled to California in 2018, Colorado has exported multi-state restaurant chains like Noodles & Company, Quiznos, Qdoba, Illegal Pete’s, Tokyo Joe’s, Snarf’s, Snooze and Garbanzo Mediterranean Fresh. Still, Smashburger — with its wildly customizable sandwiches, uncommon ingredients and corporate tunnel-vision — has seen its name and concept go global in ways that most brands could only dream about.

As part of the fast-casual trend of the 21st century, Smashburger opened its first brick storefront in Glendale in 2007 and expanded rapidly, going head-to-head with fresh-burger staples like Five Guys and Steak ‘n Shake. The company currently boasts an estimated 200-plus stores in 34 states and territories, according to data company ScrapeHero, although that’s only about half of its high point in 2018.

Did we finally hit our limit with fancy hamburgers? Or are the new arrivals (to Colorado, anyway) such as In-N-Out Burger and Shake Shack eating up the market? Analysts say it’s because the burger market is oversaturated, and the company has blamed outside forces, such as a weak retail environment, despite its recent turnaround. On-site research is clearly required here, with fries.

Few Colorado companies regularly rake in tens of millions of dollars while selling their products internationally, but Celestial Seasonings has long and quietly been one of them, according to business-data firm Dun & Bradstreet. The tea company, which started in Boulder in 1969, dominates many grocery store shelves with its feel-good, colorful packaging and well-known blends. Red Zinger or Sleepytime, anyone?

While it’s still based in Boulder and may soon reinstate its signature, free-tea tours (ah, the smells!) the company is now part of the Hain Celestial Group, which includes products like Terra veggie chips, Alba Botanica lotions and Garden of Eatin’, among dozens more. It’s based in Lake Success, N.Y., but we’ll try not to hold that against them.

A Crocs employee organizes the shoe display in the front entrance at the company’s headquarters. (Helen H. Richardson, The Denver Post)

Many Front Range residents know that the mass-produced foam-clog shoes known as Crocs were created in Niwot nearly two decades ago. That success story is not without its hiccups, however, including a sales crash in 2008 that immediately followed the company’s first big retail flourish, or the constant flood of lawsuits that Crocs has unleashed on its rip-off competitors.

But these days, Broomfield-based Crocs is such a well-known, global brand that its Colorado beginnings have all but disappeared from the narrative. Fashionistas, rappers, celebrity chefs and many, many others sport limited-edition and custom-designed Crocs, while affordable versions have been embraced by health care workers and students. The ever-expanding styles can be dizzying, but with $1.4 billion in revenue last year, the Crocs trend seems to be here to stay (for a bit longer, at least).

Colorado’s dozens of outdoors brands spring, in most ways, from our gorgeous and diverse natural resources. Outdoor activities are one of the reasons many people live and visit here, but they’ve also inspired ingenious products for hiking, camping, running, climbing, cycling and rafting. OtterBox provides an ideal example.

The Fort Collins company, founded in 1998, started out making waterproof cases for electronic devices. Our increasing reliance on smartphones and tablets (and, previously, iPods and such) made them the right-time, right-place market leader starting in the mid-2000s. But company leaders have managed growth intelligently as OtterBox has diversified into screen protectors, charging kits and cables, carrying cases, gaming accessories and more. Its bespoke products for major hardware manufacturers and branding partnerships (hello, Star Wars) also show no signs of stopping.