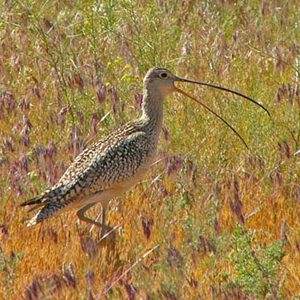 As communities throughout Colorado grow and expand their construction footprint, some populations of wildlife shrink and disappear.

One specific species of wildlife that is threatened with extinction is that of the grassland birds.

“Grassland bird populations have fallen in North America more than any others. Over half of the populations are gone,” Gregory Olsand, a CFO board member explained. “And so there are several of those species that are threatened, literally becoming endangered, where 50 years ago they were quite common.

“We’ve done all sorts of things to kill off birds in the U.S.,” he added.

The goal of the event is to raise $50,000, which will be given to the Bird Conservancy of the Rockies, BCR, for two major projects, Osland said.

Data collected by CFO and other birding conservation organizations shows that one of the primary reasons Colorado birds are declining is due to their loss of habitat on their wintering grounds in Mexico, Olsand said. The areas that have prairies are being destroyed more rapidly in Mexico, where many of these birds typically spend most of their year.

BCR to will use funds raised from the event to restore degraded grasslands in northern Mexico to help provide suitable habitat for wintering Colorado birds as well as extend the Motus Wildlife Tracking System, an automated radio telemetry station that offers a method to learn about migratory bird movement.

“The other part of the challenge is that it’s a competition,” Osland said. “A big day event is something that the birding community around the world has been familiar with, usually without a fundraising component to it, to see who can find the most birds within a 24-hour period.”

Teams of one to four people will have 24 hours to scour a single county of their choice to find the highest number of different bird species within that area.

“Instead of having people use a lot of gasoline and all that roaring around the state, their scope is confined to one county,” Osland said. “We are attempting to get teams for each of the 64 Colorado counties.”

To make the competition fair, since some counties may not have as many different species of birds than other counties, CFO has created a handicap value for each of the 64 different counties.

Some of the different bird species that people in Weld and Larimer that are threatened with extinction are the long-billed curlew, mountain plover, bobolinks and western meadowlarks.

“We want to include everybody. This is for the entire Colorado birding community,” Osland said. “Casual people interested in looking at birds in their backyards to the real competitive types.”

The winning teams of more than one person in each category will be awarded  $1,000 to donate to a Colorado conservation organization of their choice.

In addition to raising money for the organization, the event will help generate data on bird species from all 64 counties in the state on one day, provide a fun day for birding communities across Colorado and encourage more people to participate in bird conservation efforts.

Bird populations of all kinds benefit the environment in several ways.

“There’s a study that was done that shows in areas that have higher diversity of birds and more birds around that people are happier. There’s a direct correlation of seeing birds and seeing the life and hearing the songs with people’s happiness,” Osland said. “Birds control populations of insects and certain animals, like voles and mice, that can harm crops. Also as bird populations are declining, it also shows the declining environment that’s making life more problematic and less long for people. It’s like the canary in a coal mine analogy.”

Registration for the event is free for CFO members and $50 per person. Non-CFP members can join the organization for $25 per person, or $12 for students, and receive free entry into the competition.

People can also sponsor a team with a donation pledge or make a general donation to the cause.

“These populations we’ve seen, not just birds, are remarkable in their abilities to recover,” Osland said. “That’s why there’s hope, and we can make a difference.”

To learn more about the Colorado Field Ornithologists, or to register for the Colorado Birding Challenge, go to www.cobirds.org.