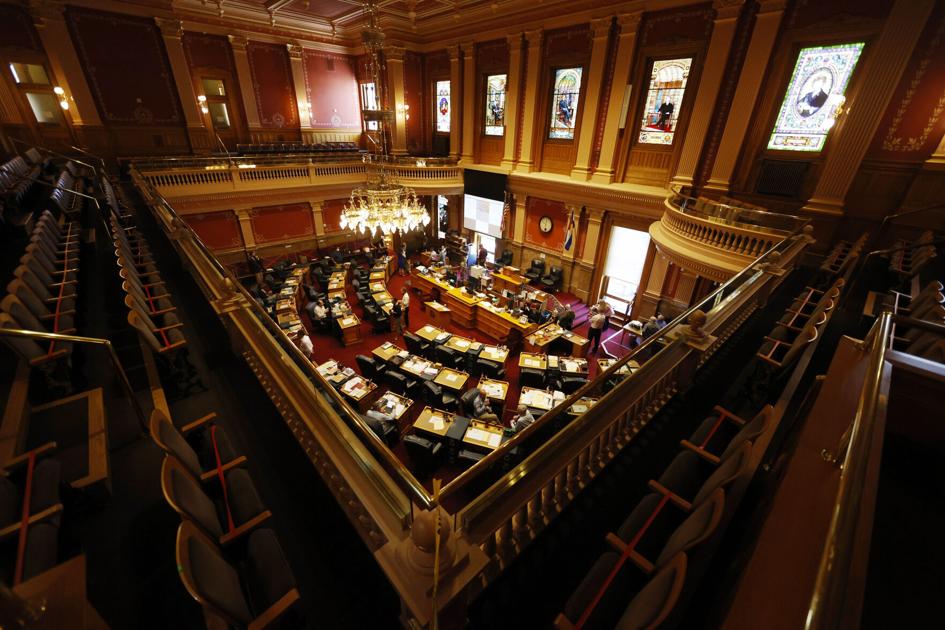 About 700 women across the country die annually from complications during pregnancy, delivery and post-partum. Black and Indigenous women are about three times as likely to die from pregnancy-related causes as White women, according to the federal Centers for Disease Control and Prevention.

“I call on all Americans to recognize the importance of addressing the crisis of Black maternal mortality and morbidity in this country,” Biden said in a proclamation Tuesday, announcing April 11 through April 17, 2021, as Black Maternal Health Week.

“There are big systemic changes that will challenge the status quo, but they are necessary steps to reduce inequality and lower the maternal mortality rates for people of color,” said Democratic Sen. Janet Buckner, one of the bill’s sponsors.

Indra Lusero, founder of Elephant Circle, a non-profit that works towards birth and reproductive justice, said that the lack of data collection is a “systematic failure amongst medical providers to listen to women of color.”

“Black women should not be dying on the table because their doctor dismissed that she had high blood pressure,” said Democratic Sen. Rhonda Fields, chairwoman of the Senate committee.

Under U.S. law, women who become eligible for Medicaid while pregnant lose their coverage 60 days after giving birth. The bill would also expand Medicaid coverage for 12 months of postpartum care to those who qualified for benefits while pregnant.

“Without that coverage, they’re unlikely to get the physical and mental health care that they need to reduce maternal deaths,” said Dr. Alethia Morgan from the Colorado Section of the American College of Obstetrics and Gynecology.

The bill calls for the state to reimburse health-care providers that provide labor and delivery services and does not discriminate on the type of provider or facility.

Jill Bergman from the International Cesarean Awareness Network, who testified in support of the bill, highlighted the importance of community birth centers under the bill’s equitable reimbursement provision.

“By requiring health benefit carriers to equitably reimburse all licensed providers, we open up … community birth to vastly more Coloradans, rather than limiting the choice to only those who can pay out of pocket,” Bergman added.

Virginia Love testified in opposition on behalf of America’s Health Insurance Plans and said requiring the same payments for providers with different levels of expertise or credentials was a big concern.

“By implementing this language, you are creating a new (insurance) mandate and that is a much bigger conversation,” Love said.

The bill would also require hospitals to accept community-birth transfers without discrimination of the type of facility.

Aubre Tompkins, a midwife and president of the American Association of Birth Centers, testified in support and said that the smooth transfer of birth centers to hospitals has shown to improve birth outcomes for the mother and child based on a report that studied Washington state’s model for transfers.

Tompkins also said the bill would be a great improvement to a system where birth centers and midwives are required to have transfer policies, but hospitals do not.

Patrick Boyle from COPIC, a medical liability insurance provider, testified against the bill’s section on the mandatory acceptance of transfers. Boyle suggested that the state health department establish processes for healthcare exchange where obstetricians and midwives build relationships before sending an unknown patient into a hospital’s care.

He also said that midwives should identify a hospital beforehand where they would send a patient in crisis.

The bill will be heard next by the Senate Appropriations committee.