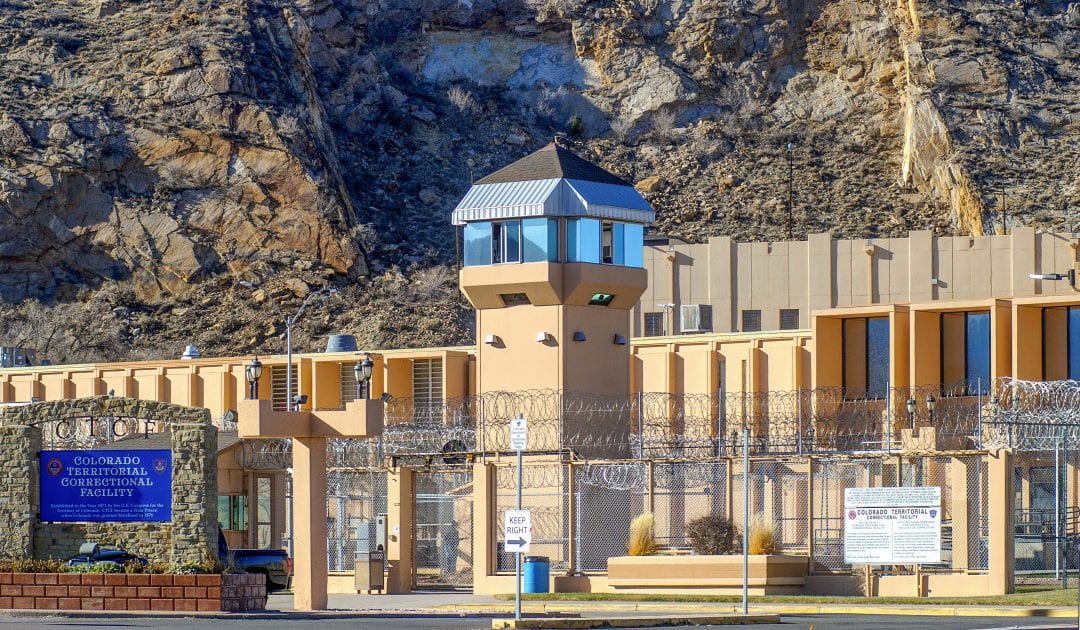 By Patty Nieberg and Colleen Slevin, The Associated Press/Report for America

olorado’s prison system has begun vaccinating its workers as the coronavirus continues to spread in its facilities.

Frontline healthcare workers are the focus of the vaccination effort that began Tuesday in state prisons, but other workers have also received shots to avoid wasting any doses whenever there is some leftover, corrections department spokesperson Annie Skinner said Wednesday. The other prison workers to be vaccinated so far include those who guard prisoners who are hospitalized and those who transport inmates, she said.

Skinner did not immediately have a tally of how many workers had received the shots so far.

Under the state’s vaccination plan, health care workers in close contact with patients with COVID-19 and workers and residents of nursing homes have received top priority in getting Colorado’s first vaccination doses in the first half of phase one. The second half, phase 1B, includes correctional workers, police officers, firefighters and EMS workers. They are scheduled to also get the vaccine this winter, but no details have been released about exactly when.

“There are doctors, there are nurses who provide clinical care in our correctional settings and they would be part of (phase) 1A as clinicians doing high contact (COVID-19) work,” Scott Bookman, COVID-19 incident commander at the state health department said.

Bookman said vaccine distribution among phase 1A and 1B would be fluid as they update the plan with guidance from the federal Advisory Committee on Immunization Practices.

Brig. Gen. Scott Sherman of the Colorado National Guard said the guidance given for local public health agencies is to have six people “in line” for every vial that’s opened because of the Pfizer vaccine’s short shelf life.

“Once you puncture that vial, you really have six hours to use that vaccine,” Sherman said. “So we want to make sure that even if it’s phase 1A or 1B that you at least have those people in line because a shot in the arm to anyone in those phases is certainly better than a wasted vaccine.”

Meanwhile, Gov. Jared Polis on Wednesday commuted the sentence of four prisoners, including an 84-year-old man the American Civil Liberties Union has been pushing to have released because of his increased risk of severe complications should he contract COVID-19 behind bars. Anthony Martinez, who uses a wheelchair, will be released on parole on Jan. 15 under terms to be set by the parole board, Polis said.

“While his case highlights the need for reforming the state’s special needs parole process for him and others like him, at least I am able with my power as Governor to be a last recourse to allow him to live his final years with his niece in Pennsylvania,” Polis said.

Close to 7,000 inmates have tested positive for COVID-19 since the pandemic began and 20 have died. About 1,100 staffers have contracted the disease with 311 on leave as of Wednesday after testing positive or showing symptoms. That’s down from 505 who were out at the beginning of the month.

Colorado’s original distribution plan drew controversy when prisoners, along with others living in congregate housing, were originally set to get vaccinated ahead of those 65 years or older. The plan was amended to prioritize prisoners over 65 with underlying health conditions and relegate younger prisoners to Phase 3 along with the rest of the general population. Correctional workers remained under the first phase.

On Tuesday, members of the Colorado Vaccine Equity Taskforce joined the Black Democratic Legislative Caucus of Colorado in urging Polis to put inmates in the first tier of vaccine distribution.

“This new plan does not fulfill your principle of saving the most lives. Instead, the new plan drops critical public health and equity considerations and runs the risk of potentially increasing the number of lives lost to COVID-19,” they wrote in the letter.

The letter goes further to say that the latest plan’s reorganization that prioritizes some offenders over others “disproportionately impacts people of color who are vastly overrepresented in these settings.”